A Canadian teacher who was found guilty of sexual assault and assault on children in Indonesia has had his conviction overturned.

An Indonesian court overturned the convictions against Neil Bantleman and an Indonesian teaching assistant, both of whom were serving 10 years for sexually abusing three children at a prestigious international school in Jakarta.

The 45-year-old from Burlington, Ontario and Ferdiant Tjiong were convicted in April and ordered to pay a fine of $7,700 or serve additional jail time. Bantleman has been held in Jarkarta since July 2014 and was teaching in the country along with Tjiong. Both men have maintained their innocence through the trial, which was held behind closed doors. 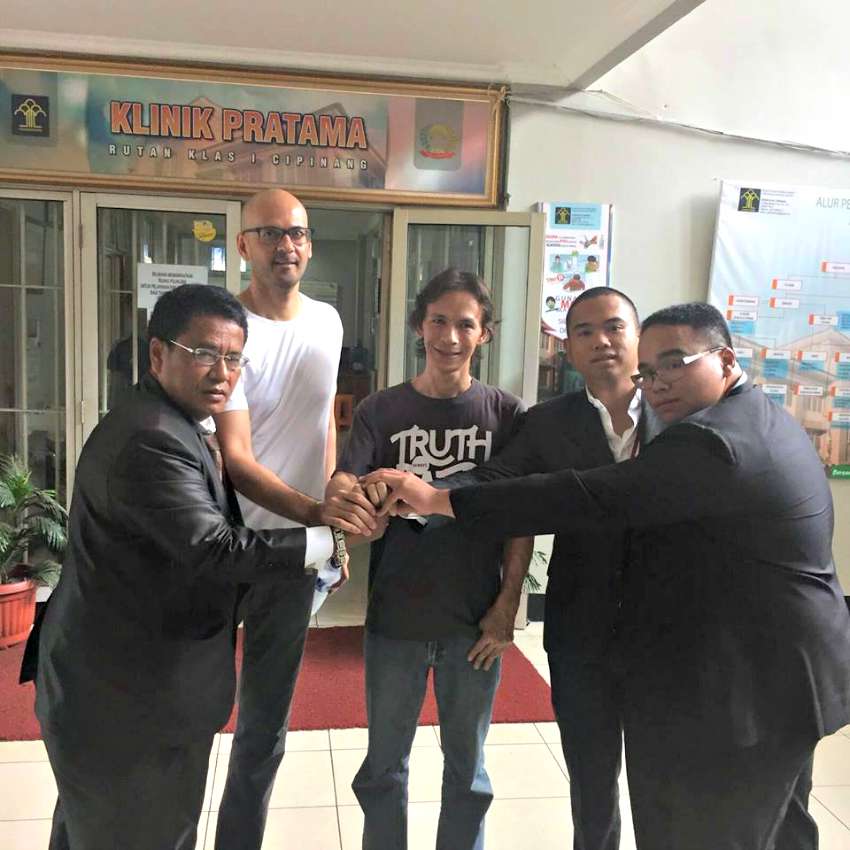 The men are finally free after what they call a wrongful conviction (Photo Credit: Janet Del Col)

After the decision to overturn the conviction was read to Bantleman’s wife she cried tears of joy. After 14 long months she has finally been reunited with her husband as he has officially been released. A spokesperson from the Jakarta prosecutor’s office says the decision will be appealed to the Supreme Court.

The two men plan to take 72 hours away from the media spotlight and announcing what their future plans are. After the weekend and depending on whether or not an appeal is filed the men will know whether or not they can finally return to their homes and put the ordeal behind them.

The rape claims are alleged to be linked to financial compensation. The parents of one of the children had sued the school for alleged negligence and were seeking $125 million. But that case was thrown out because it has not been proven that the alleged abuses actually took place. Medical reports also show no major injuries or abnormalities in any of the three children.