The death toll is now at 88, according to the Butte County Sheriff's Office.

There's a good chance that number will continue to rise, as 158 people individuals are still unaccounted for.

Nearly 20,000 structures were destroyed by the powerful wildfire, which sparked on the morning of Nov. 8 and quickly burned through a number of communities.

(UPDATE: Nov. 26 @ 8:30 a.m.) - Containment of the Camp Fire reached 100% over the weekend, a major victory for firefighters battling the deadliest wildfire in the state of California's history.

The fire began on the morning of Nov. 8 and it rapidly expanded in size, sweeping through the town of Paradise and other communities nearby.

Despite that 100% containment number, rescue workers continue to find human remains as they slowly search through the extensive amount of rubble that the Camp Fire left in its wake.

Three more bodies were found on Saturday, bringing the total up to 85 so far with 296 people still unaccounted for.

Some residents have started to return to Paradise to inspect their destroyed homes as the long road to recovery now begins.

CAL Fire's latest update, from Thursday, lists 95% containment on the fire, which remains at 153,336 acres for the third straight day.

Although full containment is still estimated to occur on Nov. 30, it appears as though crews could reach that 100% containment number before that date.

On Thursday, one more fatality was added to the growing poll, bringing the total up to 84 since the fire began around two weeks ago.

Mother Nature decided to try and help the brave firefighters still battling the more than 150,000-acre fire by producing some rain across Northern California.

The rain does significantly help the firefighting efforts, but it does put a bit of a hamper on recovery efforts and the search for more bodies.

With enough rain comes the potential of mudslides and even flash floods, which makes the search difficult and could even wash away some of the human remains before they're found and identified.

The fire did remain at 153,336-acres in size on Wednesday and with two additional bodies found, the death toll is now at 83.

The number of unaccounted for individuals took a big dip on Wednesday, however, falling by more than 300 to 563. 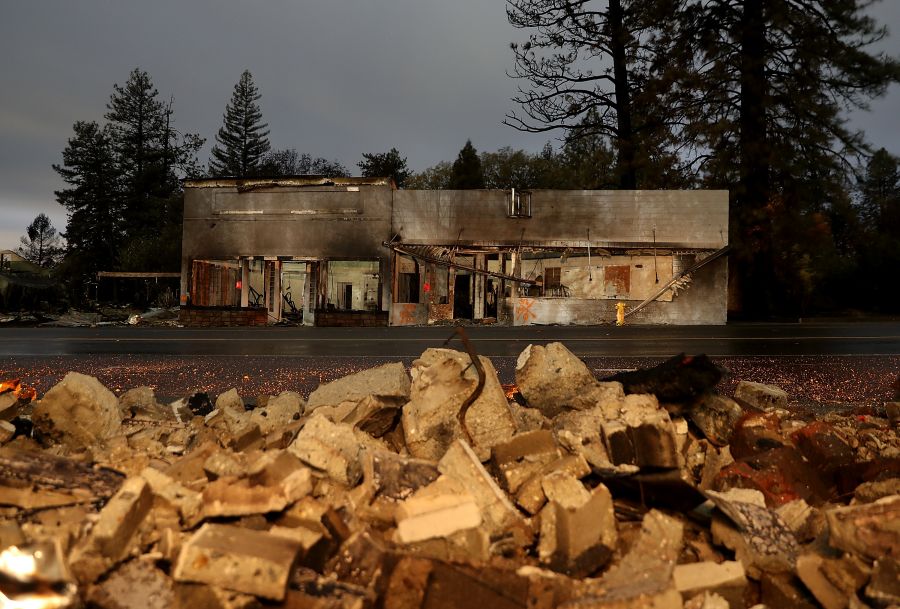 Containment numbers increased again on Tuesday to 80% and the fire showed minimal growth, increasing to an estimated 153,336 acres.

The forecast also calls for moderate to heavy rain for the fire area for the rest of the week, which should be a massive help to firefighters. 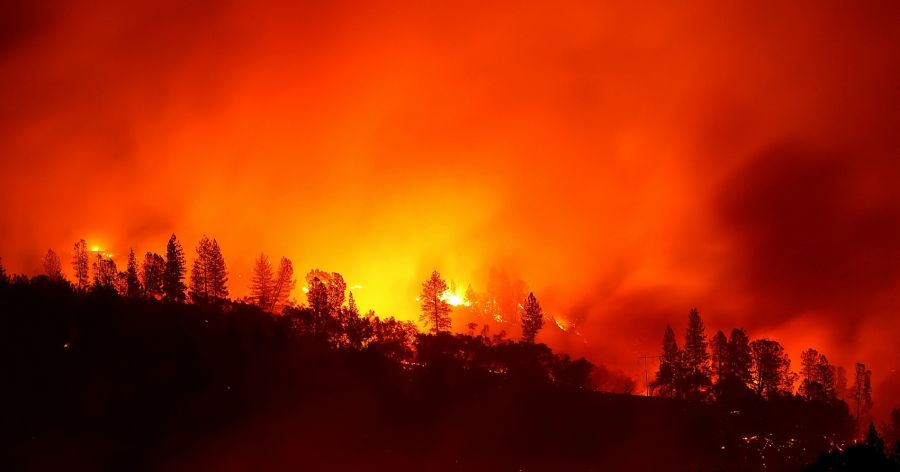 On Tuesday, the Butte County Sheriff's Office reported another two fatalities, bringing the total up to 81, 56 of which have been tentatively identified.

The latest two bodies were found inside structures in Paradise.

Although the number of unaccounted for individuals has decreased over the past several days, it increased from 699 to 870 on Tuesday.

The BCSO said that was due to detectives working through a significant backlog in voicemails.

Authorities found another two bodies on Monday, bringing the total of deaths related to the Camp Fire to 79. 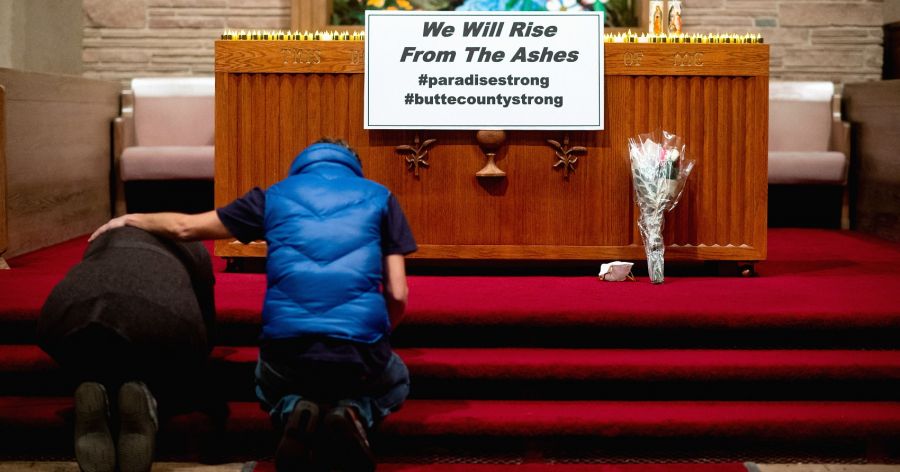 On a positive note, the number of unaccounted for individuals decreased by nearly 300 people on Monday and is now sitting at 699.

(UPDATE: Nov. 19 @ 6:35 a.m.) - The Butte County Sheriff's Office released the most up to date statistics surrounding the Camp Fire on Sunday night.

The death toll only rose by one over the weekend and now sits at 77 people.

That comes after one more set of human remains was found outdoors in the Butte Creek Canyon area.

Of those 77 fatalities, 67 have been "tentatively identified," which has been no easy task with the amount of burns some of the victims have suffered.

The number of unaccounted individuals fell a fair bit as well, dropped by 238 on Sunday to 993 as people continued to check in after fleeing Paradise and other surrounding towns more than a week ago.

According to CAL Fire, full containment is expected to be reached by Nov. 30.

The damage has certainly been done, however, as around 14,000 structures have been destroyed by the fire and plenty more have been damaged.

The #CampFire created dangerous conditions. Crews are working 24/7 to to make the evacuation zones safe. pic.twitter.com/ATDo4wMCR1

Butte County Sheriff's Office reported the new fatalities in a press conference this evening, saying that four of the bodies were found inside building in Paradise while the fifth was found outdoors in Concow.

Equally as concerning is the number of people reported missing, which continues to rise.

The Associated Press reports that more than 1,000 people are unaccounted for.

A growing list of who's confirmed missing has been posted by the Butte County Sheriff's Office and is now 14 pages long.

That brings the total to 71 total deaths, with one hundred confirmed missing and hundreds more believed to be missing.

The fire is up to 146,000 acres in size, but it is now 50% contained, which is a positive bit of news out of a devastated area of California.

More than 12,000 structures have been destroyed, including most of the town of Paradise.

On Thursday, authorities confirmed another seven bodies had been found, bringing the total number up to 63.

With dozens of people still missing, it's expected that the number will continue to rise over the coming days. 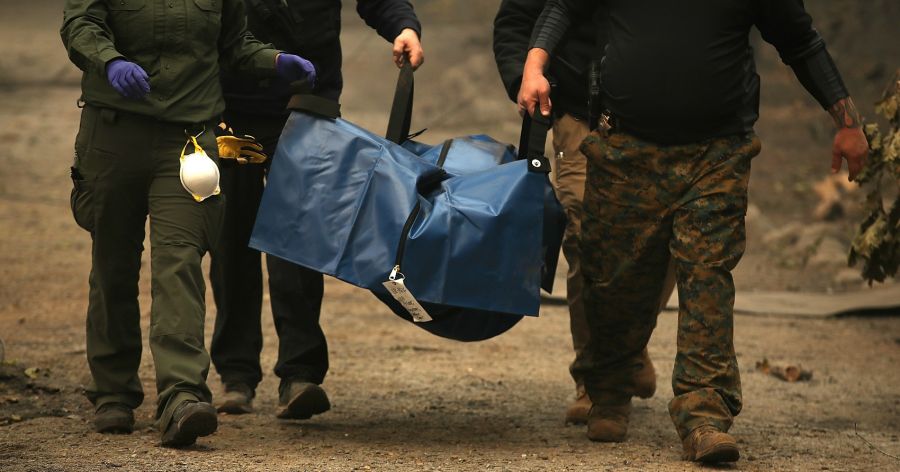 The number of structures destroyed is creeping up towards five-digits as well, with 9,700 residences and 290 commercial buildings having burnt down.

Although the fire has already moved through towns like Paradise and Magalia, CAL Fire crews are now battling it on difficult, steep terrain.

Despite that, they've been able to keep it fairly in check over recent days, as it's now estimated at 141,000 acres and 40% contained.

"Established containment lines are holding and firefighters continue to patrol the interior of the fire for hot spots," says the latest update from CAL Fire.

NowMedia will continue to update this story as the information changes.

The Butte County Sheriff's Office says that an additional eight bodies were discovered in Paradise on Wednesday, bringing the death toll to 56.

BCSO reports an additional eight fatalities have been confirmed due to the Camp Fire. Eight human remains were located in Paradise. This brings the total number of fatalities to date to 56.
#ButteSheriff #CampFire pic.twitter.com/VJVryeNMio

Six of the most recent bodies were found inside structures, while another pair were found outside.

Rescuers continue to comb through Paradise, which was almost completely destroyed by the Camp Fire when it ripped through the area late last week.

The deadly wildfire continues to burn, although it's shown much less growth over recent days.

It's currently estimated at 138,000 acres in size and remains at 35% containment as of Wednesday night.

"Firefighters have been working diligently to attack the fire through direct and indirect methods," says the latest update from CAL Fire.

"As weather and visibility allow, fixed-wing aircraft and helicopters have been working in coordination with ground crews to slow the fire’s progress."

On Wednesday, the BSCO released a list of more than 100 people that remain missing from the fire, which mainly consists of senior citizens from Paradise.

NowMedia will continue to update this story as it develops.

(UPDATE: Nov. 14 @ 2:45 p.m.) - While the death toll remains at 48 for now, that number is expected to grow significantly thanks to a number of missing people in the area of the Camp Fire.

The list consist of mainly Paradise and Magalia residents and is large comprised of senior citizens.

As of this morning, the fire was estimated at 135,000 acres and 35% contained, having already destroyed around 9,000 structures. 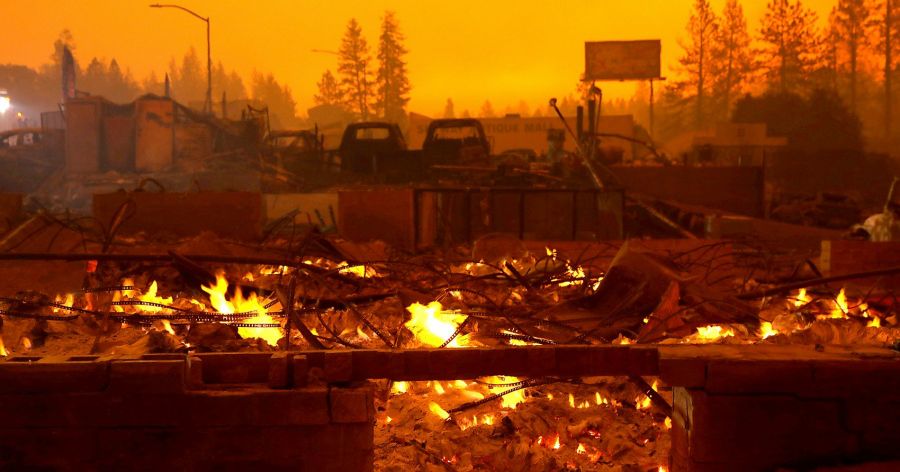 They revealed that the death toll has jumped from 42 to 48 over the past 24 hours and it wouldn't be a surprise for that number to rise again with dozens still missing.

An estimate on structures destroyed in the fire so far has risen again as well, with the number now sitting at 8,800.

With the tragic situation getting worse and worse, some are taking the opportunity to loot areas that have been evacuated by the Camp Fire.

The BCSO announced the arrest of six people tonight, ranging from 22 to 48-years-old, all of which were found with stolen material including cars, electronics, ATVs and more.

It hasn’t even been a week since the blaze started on Thursday morning, but it’s already wiped out entire towns and killed 42 confirmed people so far.

That number came from the Butte County Sheriff Office’s update late Monday night and could be even higher when another update comes on Tuesday.

So far, 6,522 residences and 260 commercial buildings have been destroyed by the fire, which was moving across Northern California towns at a speed of eight football fields per minute late last week.

According to CAL Fire’s latest updates, there are small bits of good news coming from the front lines as firefighters finally start to get a bit of containment on the blaze.

The update says that crews will continue to put direct and indirect fire lines in while they scout and establish emergency contingency lines ahead of the fire.

This comes with many risks and hazard along steep terrain that could impede these heroic efforts.