(UPDATE: Jan. 29 @ 5:33 am): The reporter who was suspended after highlighting a historic sexual assault allegation made against Kobe Bryant hours after the star died has been reinstated.

Felicia Somnez was put on administrative leave from the Washington Post after posting a link to a 2016 article about the accusation made against Bryant.

She received a large amount of responses, the vast majority of which were negative, prompting her to post an image of her inbox showing some of the abuse.

When the paper suspended her, hundreds of her fellow Post staff signed a letter attacking the newspaper for failing to support her.

I believe that Washington Post readers and employees, including myself, deserve to hear directly from @PostBaron on the newspaper’s handling of this matter. My statement on The Post’s decision tonight: pic.twitter.com/t5ULzUQhYT

Tracy Grant, managing editor at the paper, said the Post was reinstating Somnez despite her tweets being “ill-timed.”

They did not break the paper’s social media policy, she added.

"We consistently urge restraint, which is particularly important when there are tragic deaths," she explained.

"We regret having spoken publicly about a personnel matter.”

Somnez tweeted in response: “I hope Washington Post newsroom leaders will not only prioritize their employees’ safety in the face of threats of physical harm but also ensure that no journalist will be punished for speaking the truth.”

(Original story: Jan. 28 @ 7 am): Staff at the Washington Post have signed a letter attacking the paper for suspending a reporter who tweeted about Kobe Bryant after his death.

Felicia Somnez posted a link to a story about a historical sexual assault allegation made against the basketball player. 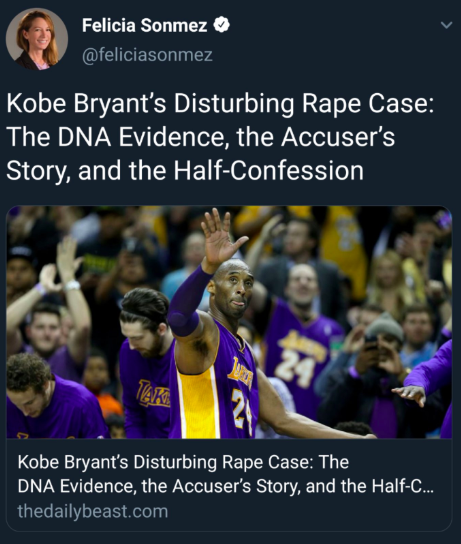 She did so on Twitter hours after the story broke that Bryant and his daughter, 13, had died in a helicopter crash in California.

The response from other users was overwhelmingly negative. She later said she had received 10,000 abusive messages, and deleted the original tweet.

The Washington Post has since suspended Somnez because of her “poor judgement” in the wake of the star’s demise. 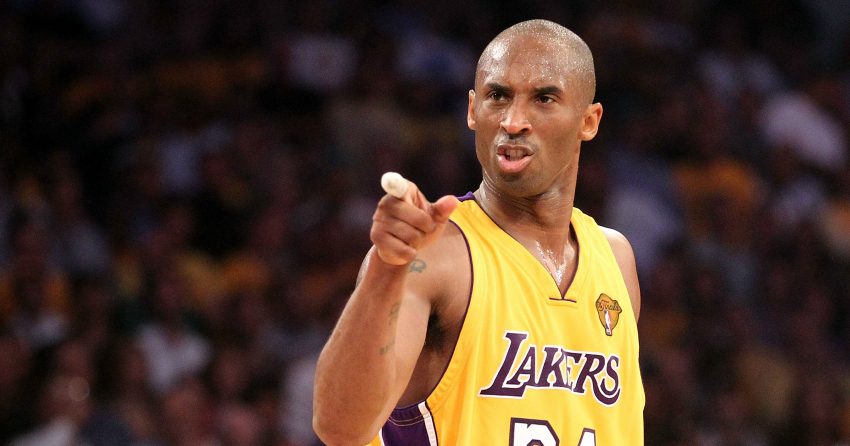 In the letter to the editors of the Post, staff said that the paper should have protected and supported Somnez “in the face of abuse.”

“We understand the hours after Bryant’s death Sunday were a fraught time to share reporting about past accusations of sexual assault,” it reads. 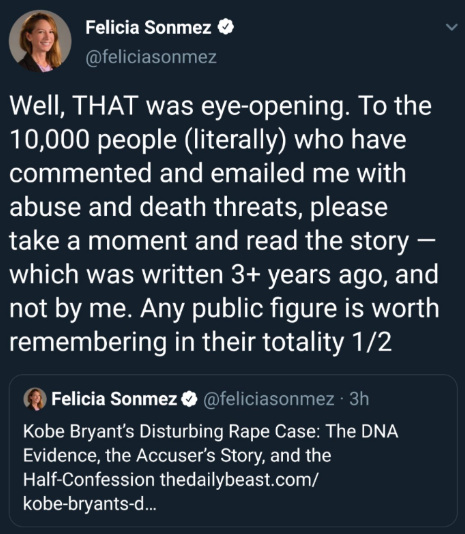 “The loss of such a beloved figure, and of so many other lives, is a tragedy. But we believe it is our responsibility as a news organization to tell the public the whole truth as we know it — about figures and institutions both popular and unpopular, at moments timely and untimely.”

It goes on to brand the paper’s social media policy “vague.”

Bryant died on Sunday, prompting an outpouring of grief in the US and across the world.