Thrash metal pioneers Megadeth took to the stage with an all star supporting cast at the South Okanagan Events Centre (SOEC) in Penticton on Saturday night.

Megadeth, often cited and recognized as the most guitar centric of the "Big Four" of the thrash metal genre (with fellow bands Metallica, Slayer, and Anthrax), are a band who are no strangers to controversy for their behaviour in the 80's and 90's... But they have since toned down their infamous antics, with frontman Dave Mustaine and his partner in chaos, bassist David Ellefson, leading a little less of the rockstar lifestyle we all know. 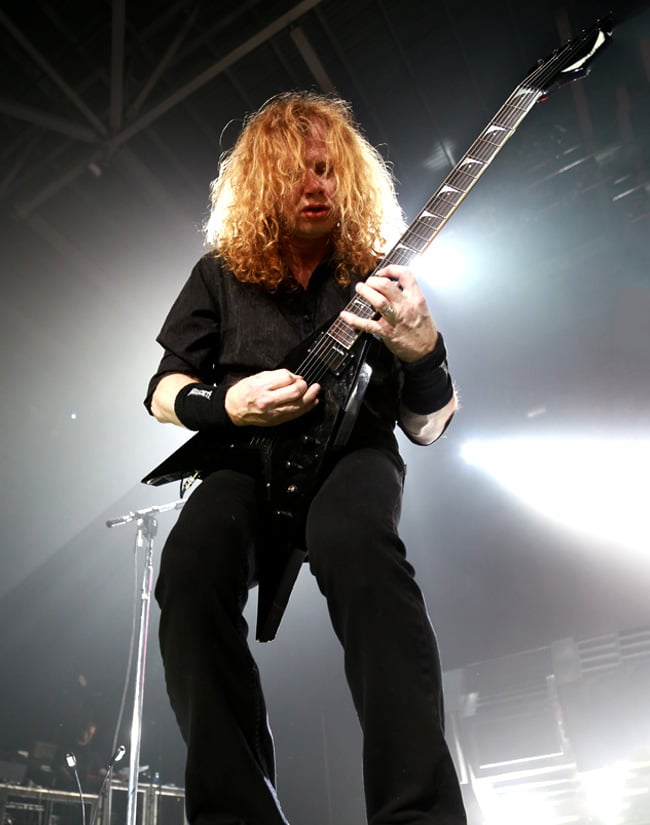 To start off the show, Colorado's Havok shook the very foundation of the SOEC with their single Point of No Return to a relatively docile crowd. This comes as no surprise, with many attendees purchasing merchandise, or visiting the concession, many opening acts go wrongly overlooked - which was especially true in this case.

A couple of songs in, the floor started to fill in a little bit more and thrash fans who may not have been familiar with Havok adapted quickly to their classic sound just when their short five song set was ending.

After a short break as the stage crew set up for the next band, it was time for the sold out crowd to start showing its colours.

Finland's melodic death metal gods Children of Bodom were on deck, with guitar virtuoso and frontman Alexi Laiho at the helm, the crowd was simply not prepared for what was to come.

Laiho quickly commanded the attention of the crowd and everyone started to come to life with the performance of "Silent Night, Bodom Night" with Laiho performing ear blistering guitar solos while sonically dueling keyboardist Janne Warman. 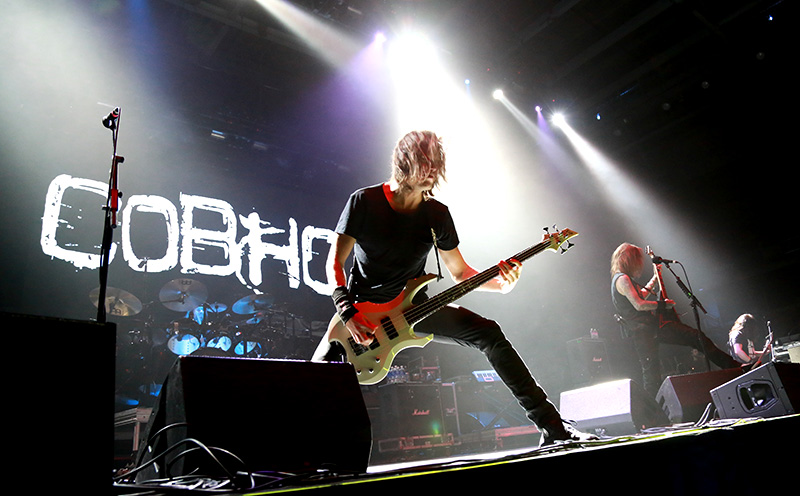 Bassist Henkka Seppälä, drummer Jaska Raatikainen, and rhythm guitarist Daniel Freyberg proved without a doubt that they are truly a group of rhythm musicians that can create a foundation unlike any other in the metal world.

Next up, Suicidal Tendencies. A band that is arguably responsible for a genre shift known as "crossover thrash" in the early 80's, inspiring other hardcore and punk bands to combine the furious riffs of thrash metal, with often statement driven political lyrics.

Mike "Cyco Miko" Muir, now 52, exploded onto the stage with a dizzying amount of energy, and a machine gun like delivery of the lyrics to "You Can't Bring Me Down". Within seconds it was clear that this is what the audience at the SOEC was waiting for.

Their seven song set flew by before anyone knew what was happening. The fleet footed heavyweights that make up Suicidal Tendencies were seamlessly gliding from one side of the stage to the other in a frantic display of musical chaos.

Another highlight of their performance was guitarist and backing vocalist Nico Santora, who along with Muir, made his presence known to the crowd. Before performing the favorite, "War Inside My Head", Santora and Muir demanded a space be cleared all the way up the center of the room to make the, "Biggest mosh pit we've ever seen!". The crowd obliged and the next ten minutes were filled with the levels of energy you expect from a metal show... Perfectly priming the crowd for Megadeth. 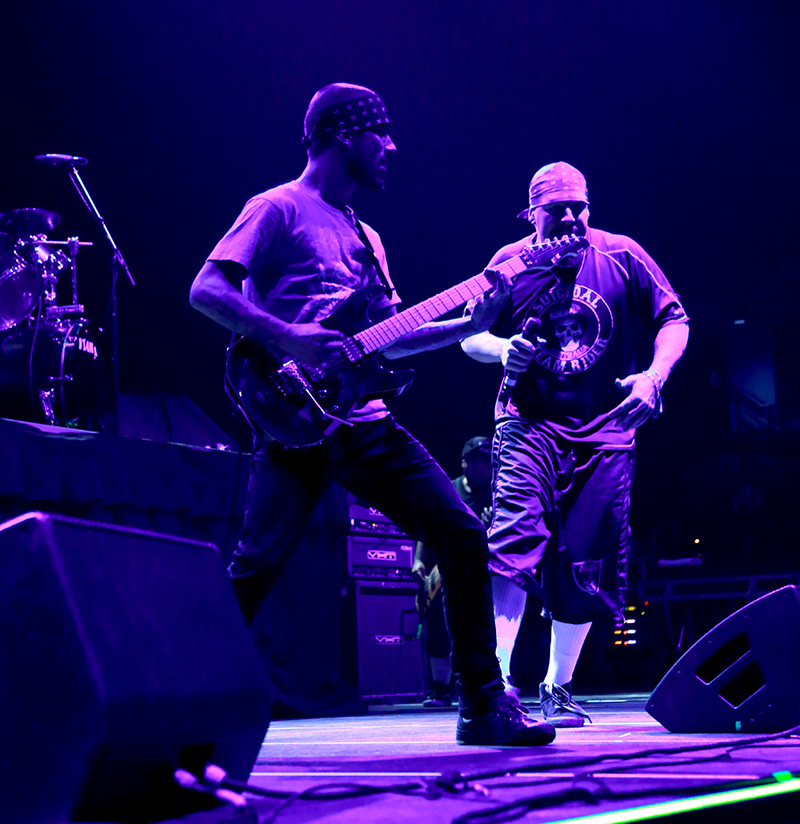 It was time for the coup de grâce, the stage was completely revamped within minutes and set for Dave Mustaine and Megadeth to prove themselves as Legends.

A cinematic opening with a nod to the steampunk styled Dystopian future the tour, and latest Megadeth album reference, Mustaine emerged from the shadows alone on the stage. Within seconds David Eleffson appeared alongside veteran musicians but new-to-Megadeth members drummer Chris Adler (Lamb of God) and guitarist Kiko Loureiro (Angra).

The production value was quickly apparent with a half dozen screens and a plethora of new lights illuminating the stage, and the audience, perfectly aligned with the furious speed Megadeth was originally known for (and is found on Dystopia). 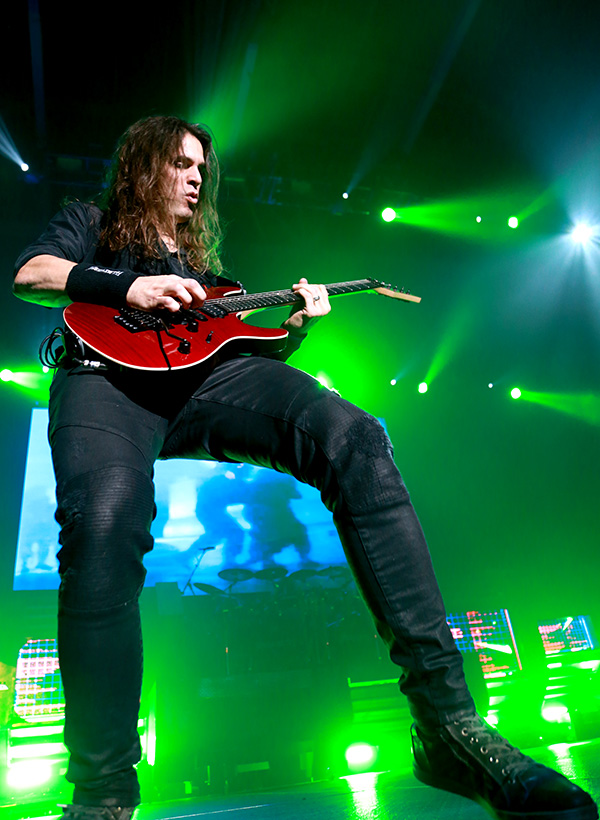 With the great production came the level of performance everyone was hoping for, each and every band member in this iteration of Megadeth has the charisma only the greatest of musicians possess. Your eyes were torn from Mustaine's expertly posed hair covered riffs, to Adler's endless trip hammers, Ellefson's showmanship, and Loureiro's show stealing energy and solos.

The audience was mesmerized, and any doubt in Megadeth's relevance today was put in the trunk. New and old favorites were performed, with exciting twists and turns along the way keeping it fresh.

Without any doubt, Megadeth delivered and the audience loved every minute of it.

Are you a metal fan? Be sure to check out Lamb of God when they roll into the South Okanagan Events Center in Penticton on June 2nd with Clutch and Corrosion of Conformity.