Most Canadians have heard of this disease but don't know much about the symptoms or treatment.

In the Okanagan, especially, we take precautions and check for ticks when we've been hiking.

Born and raised in Kelowna, Cayman Ferguson, 25, was diagnosed with Lyme disease in the spring of 2017.

She's had unexplained health problems for most of her life but it wasn't until at age 20, when she started the Culinary Arts program at Okanagan College that her symptoms intensified.

Her symptoms intensified to the point that she had to drop of college. 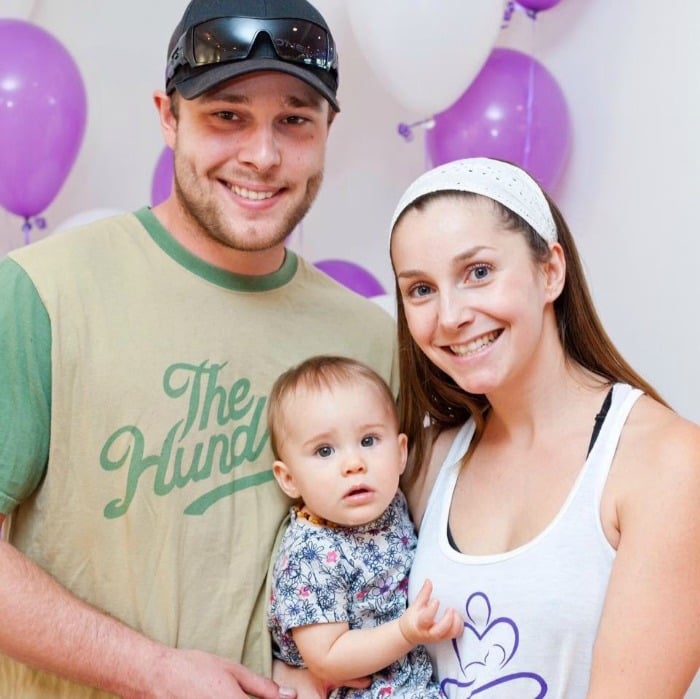 "I started getting really bad head aches, which weren't normal," said Ferguson. "It got to the point, they were so severe that I went to emergency."

Nothing came from her trip to emergency. Doctors were unsure of what to do with Ferguson.

But following the bad headaches, the right side of her face went numb and she was diagnosed with TMJ (Temporomandibular Joint Disorder).

"That was their only hope of saying, 'Well maybe that's what's causing it,'" said Ferguson.

Six months later, her right leg went numb and again she took a trip to the emergency department, resulting in an x-ray that showed nothing for her to be concerned about.

"The lower half (leg) was burning with stabbing pain, (and was) hyper sensitive, feeling hot and cold - I was at work and was wearing pants. I looked at home to see an injury, but there was nothing."

It was a physiotherapist that suggested it might be some sort of nerve issue.

But Ferguson wouldn't have any conclusive answers for another five years.

Between the age of 20 and 25 years, she continued experiencing a variety of head aches, nerve pain and numbness, while being told there was nothing wrong with her.

One doctor told her that maybe she slipped and her fibula popped out, causing nerve issues. So she just started to get used to her new reality of pain.

She thought that if the doctors are saying there's nothing wrong with her, then maybe she was making it up. 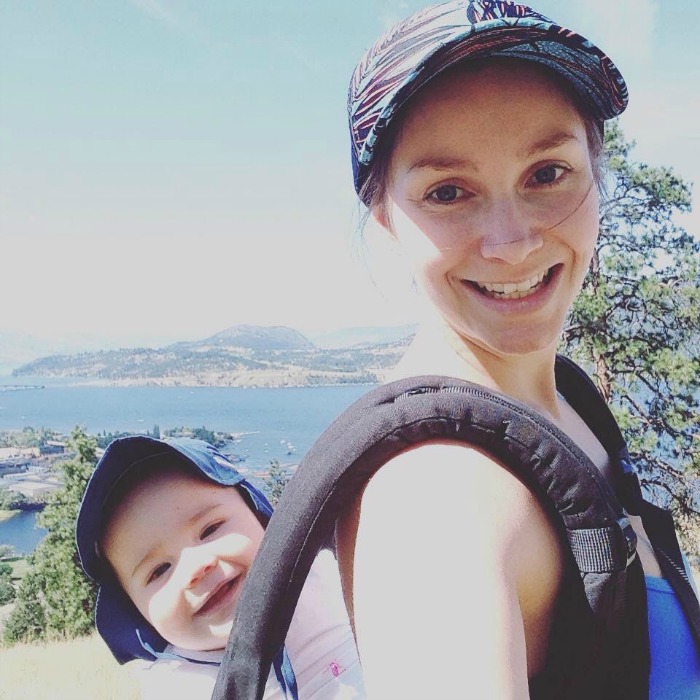 Her symptoms persisted and by last fall, she started having bowel issues, to the point where she couldn't go to the bathroom.

Ferguson is married and has a daughter that is just over a year. She was prescribed a medication that made her unable to nurse her daughter.

She under went a colonoscopy but nothing came of it.

Systems persisted and by this Easter long weekend, she tried again to find answers.

"My body was so achy, like flu achy for about two weeks."

"I knew something was wrong because I was hurting everywhere."

Another trip to the emergency department resulted in her being told she was fine.

A few days later, the nerve pain and numbness from her leg traveled to her arm.

A doctor then started testing for lupus and MS but nothing turned up.

A friend with MS suggested she get tested for Lyme disease and that's when Dr. De Monte's name came up.

After seeing Dr. De Monte in Vernon, Ferguson was diagnosed with Lyme disease within a month.

The test is called a CD57 immune cell marker. The test, combined with her symptoms was able to give Dr. De Monte a formal diagnosis for Ferguson. 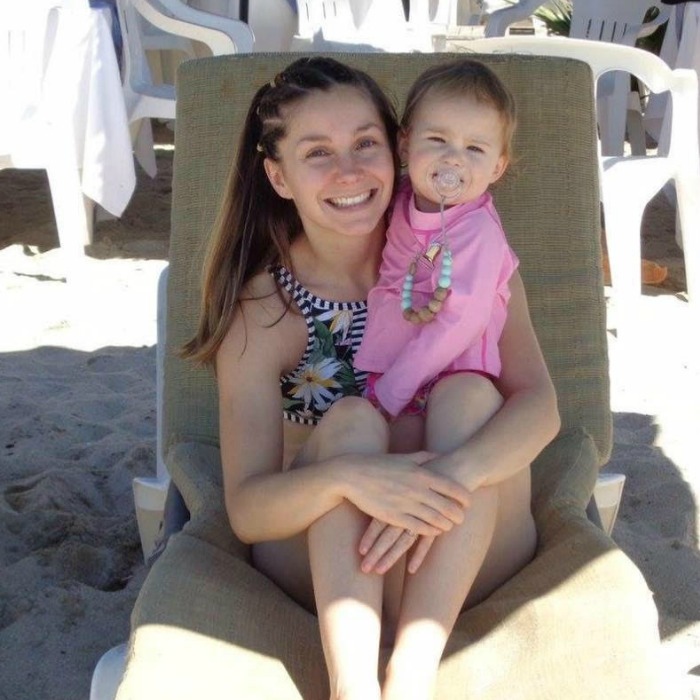 Dr. Denise De Monte is a Naturopathic practioner in Vernon, B.C. who also has Lyme Disease.

Skeptical of her own diagnosis, Dr. De Monte got tested three different times from labs in the U.S. and Germany.

After 20 years of unexplained symptoms, she had started to wonder about Lyme disease and after several tests, she accepted the diagnosis.

"Since 2010 there has been unprecedented influx of patients with Lyme disease coming to see me," said Dr. De Monte.

Dr. De Monte has patients from all over B.C. and Alberta coming to see her. There are limited resources for testing for Lyme in Canada.

Because Lyme masks hundreds of other diseases, it requires intensive testing, which just so happens that the U.S. and parts of Europe are currently more equipped for testing than Canada.

"I told Dr. Murakami that between 1970 and 1980 I spent a lot of time running in the woods in North America and Euruope while training and competing in the sport of orienteering," said Dr. De Monte. "I was aware of ticks at the time, only because we were told to check for them."

Dr. De Monte had heard of a previous athlete who had been bitten, got ill and was left with a permanent physical disability. She started to take note of her symptoms, her unexplained headaches that led her to the emergency department and her constant fatigue.

Dr. Murakami encouraged her to get tested. His first case of confirmed Lyme Disease was in Agassiz, B.C. at the Federal Penitentiary.

"This patient showed the typical bulls-eye rash that developed soon after being infected," stated Dr. Murakami.

His second case was a patient from Hope, B.C. and also had the typical rash. Both patients responded to several weeks of antibiotic treatment. 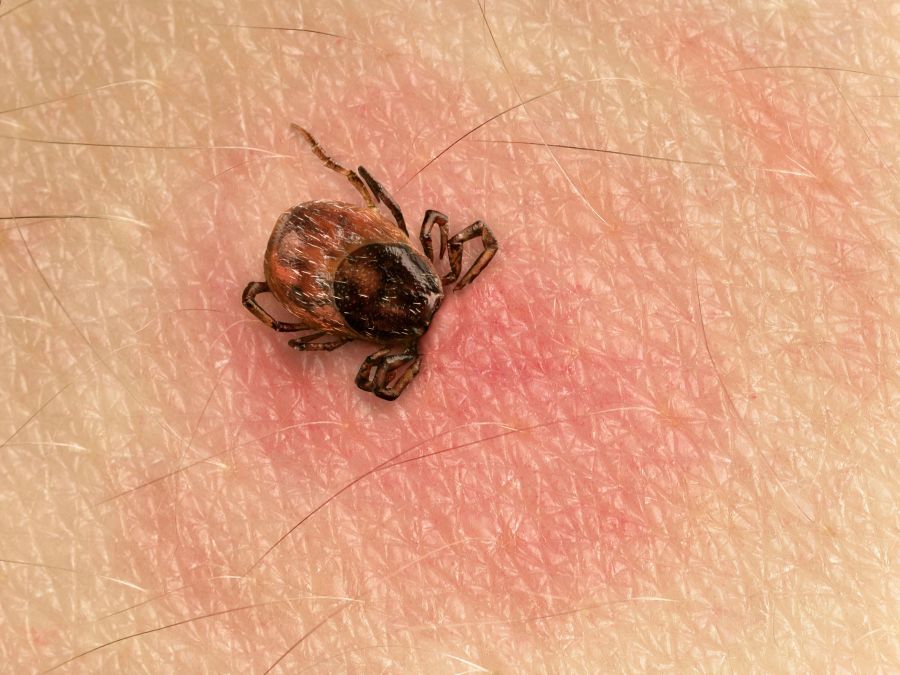 The most common carrier in British Columbia is the blacklegged tick, or the deer tick. The ticks pick up the Borrelia by biting infected animals and birds, then bite people, transmitting the bacteria.

According to Dr. De Monte, Lyme Disease can also be transmitted via blood transfusion, during pregnancy and sexual transmission.

"There is controversy within the medical community as to the prevalence, diagnosis and treatment of Lyme disease, but Lyme disease is not rare, it's just rarely diagnosed," stated De Monte.

The reason why it's so difficult to diagnose Lyme Disease is because it's known as the "Great Imitator." It produces the same symptoms as more than 300 other diseases.

Dr. De Monte stated that half the people diagnosed with chronic fatigue, actually have Lyme. It often presents similar symptoms of arthritis, Fibromyalgia, Lupus, MS and many more.

In August of 2013, the U.S. Centre for Disease Control reported more than 300,000 Americans were diagnosed with Lyme Disease each year, confirmed by seven national laboratories.

"Since Lyme Disease is grossly under reported, the true count is probably much higher, but this is the best estimate thus far," said Dr. De Monte. "In the last 40 years Lyme disease has reached epidemic proportions and has become one of the fastest spreading infectious diseases in the world," she said. 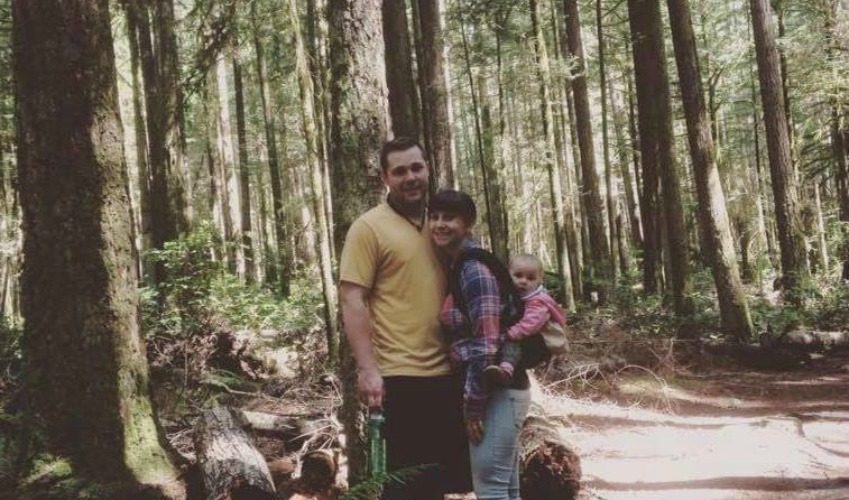 Dr. De Monte wasn't surprised that Ferguson's symptoms didn't come on strong until she was enrolled in the college Culinary Arts program. It's often when there's a greater stressor in your life, such as school, moving or any significant life changes, that Lyme symptoms come on strong.

Dr. De Monte thought Ferguson may have been bitten as a kid, since she played in the woods a lot. It can take years before the symptoms present themselves.

If diagnosed in the early stages, Lyme Disease can be cured with antibiotics. The longer it's left, the more difficult it gets to cure. A variety of treatments are available and can be quite costly.

To add to the stress, Ferguson and her husband just bought their first home in Kelowna, two weeks before her diagnosis came in.

Since April, she has spent $1400 on treatments. For one visit, it costs about $140, with her initial appointment and testing costing about $800.

Ferguson figures with the cost of her herbal tincture treatments, she'll be paying about $1000 each month for her treatment.

Since Ferguson just started her herbal treatments a month ago, she said she hasn't noticed any relief just yet. 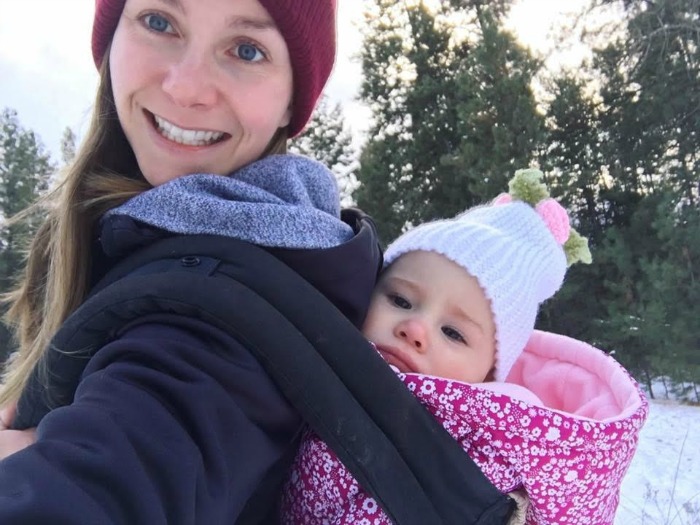 Ferguson said she's grateful for her daughter because in spite of her pain, it gives her a reason to get up every day and get outside the house.

"If it weren't for her I'd be in bed all day, but now I have a reason to get up to do things," she said. "It's tough but at the same time I think I'm really lucky to have something to distract myself."

Ferguson's numbness has traveled to the whole side of her body, causing pain and fatigue, but she's grateful for her family, and to finally have some answers after such a journey of unexplained symptoms.

"It made me feel like crap. I knew something was wrong. Mental illness runs in my family so it had me questioning everything about myself," said Ferguson.

Since the diagnosis, not only has Ferguson felt relief for her unexplained pain, but she's also discovered other residents in the Okanagan who suffer from Lyme Disease.

"The thing that shocked me was within a week of finding out and doing my own research and talking to people, I heard about 15 people locally (with Lyme)."

Ferguson isn't feeling relief just yet, but she has started treatments and is remaining hopeful.

On Wednesday June 21st, MOGA is hosting a fitness class by donation in support of Ferguson. It takes place at the Parkinson Sportsfield at 1800 Parkinson Way from 10 a.m. to 11 a.m. 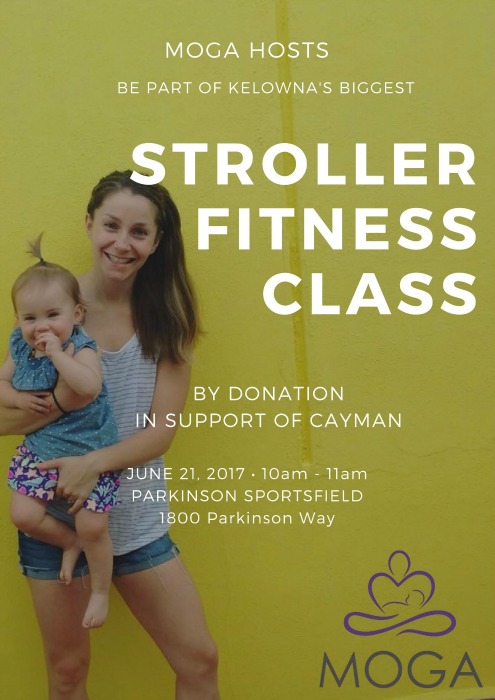 The Canadian Government continues to work towards developing a framework around improving testing for Lyme Disease. But it will take time for Canada to be able to deliver thorough testing and equip health professionals for treating Lyme disease. Currently the Government of Canada is working towards better education, surveillance and best practices.

Wed
23℃
Make Homepage Advertise with Us