KF Aerospace has announced it will reduce its staffing level by 14% as the pandemic's devastating impact on the airline industry continues.

On Friday, Kelowna's largest employer confirmed the news, reporting that the restructuring will take place via voluntary long-term leaves, resignations, retirements and a small number of layoffs.

“When our airline customers were grounded in mid-March we were immediately impacted, losing nearly 50% of our scheduled work as these airlines grounded their planes and cancelled maintenance,” KF Aerospace president Tracy Medve said in a press release.

“After weathering the storm for over six months, KF was forced to restructure the business due to the poor long-term outlook in aviation, with no solutions in the near-term for passenger airline travel." 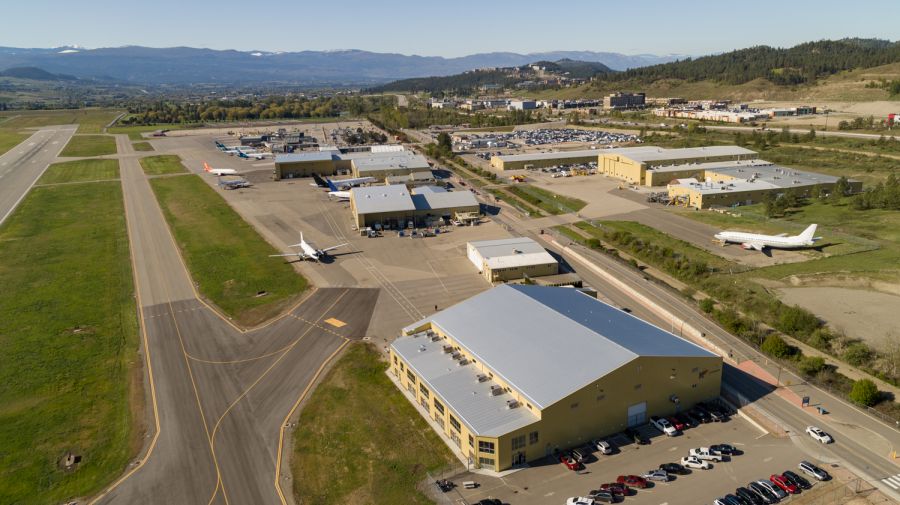 As Canada's largest commercial aviation maintenance, repair and overhaul provider, KF Aerospace has 1,100 employees between its plants in Kelowna and Hamilton, Ontario.

The company hasn't announced where the restructing will take place, however, 14% of the company's staff is about 154 employees.

"This reduction has balanced the need for lower operating costs with the desire to remain viable and well-positioned with staff for the future rebound in aviation,” added the release.

“It is imperative the government put in place an aviation sector strategy which recognizes that all facets of the industry are being negatively impacted and that we need to work harder than ever to restore the public’s confidence in returning to the air.”

In September, KF Aerospace revealed plans for a "state of the art" 60,000 square foot aviation museum and conference centre.

During the unveiling, executive director Paula Quinn commented on the extremely challenging year for the aviation industry, while still promising to open the centre in the spring of 2022.