Owning a home is becoming virtually unobtainable, as Canada is one of seven developed nations where household debt is crippling. According to a report released by McKinsey and Company, in Canada and several other countries, household debt-to-income ratios have continued to grow and have acquired a debt load that may be “unsustainable” in the future. 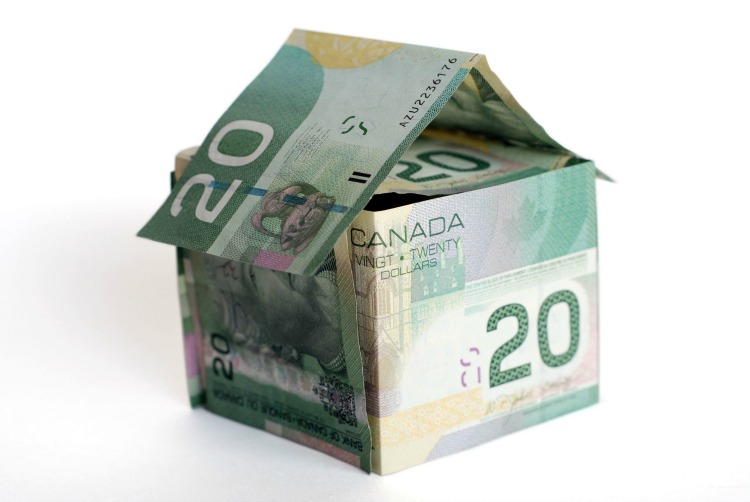 Standing along side Canada for "unsustainable" household debt is the Netherlands, South Korea, Sweden, Australia, Malaysia, and Thailand.

Following the economic downturn seven years ago, four core crisis countries were hit hard in terms of household debt—the United States, the U.K., Spain, and Ireland—but have since managed to deleverage. Falling behind, Canada's household debt has sky rocketed since 2007, as we have landed the second place slot, only behind Greece, for the largest leap in debt-to-income ration.

According to McKinsey and Company, Canada's household debt-to-income ratio is 155 per cent. 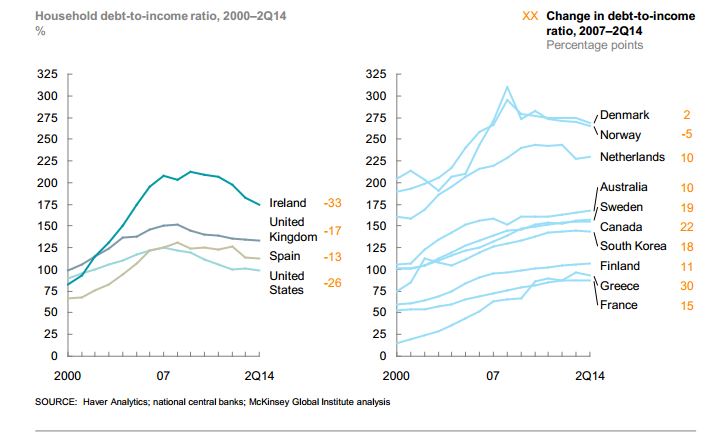 In 2014, house prices nationwide saw an increase by 2.23 per cent, as the national average price for a home rose to $474,600. Housing prices in Canada's eleven major cities grew by 5.35 per cent last year, and according to the Global Property Guide, it doesn't look like this rising trend will come to an abrupt halt.

Almost simultaneously to the rising trend in household debt, the Bank of Canada slashed borrowing rates to a mere 0.75 per cent, and it's this large amount of debt accumulation that's driving the housing market to sky high prices.

“Mortgages are the main form of household debt in all advanced economies, and rising housing prices contribute to more borrowing. And, when buyers can obtain larger mortgages, they bid up house prices even more,” read the McKinsey study. “The question now is whether high household debt in some countries will spark a crisis.”