1. Family believed to be involved in theft of $11M of COVID-19 funds

According to reports, a Toronto couple and their two adult sons, who all worked as Ontario government computer specialists, are alleged to have been involved in the theft of more than $11 million in COVID-19 relief funds.

BREAKING: Jason Kenney declaring state of emergency in Alberta due to COVID-19, including restrictions for 3 weeks, including:
• ALL indoor social gatherings banned
• max 10 ppl at weddings and funerals, no receptions
• 1/3 of fire code + mandatory masks at places of worship

3. Police have a ‘person of interest’ in the murder of Barry and Honey Sherman

Homicide detectives have a ‘person of interest’ in the Barry and Honey Sherman murder investigation. The #StarExclusive story comes as a result of a court proceeding by the @TorontoStar to unseal search warrants in the almost three-year-old case. https://t.co/vyyCWmI0qt

Toronto Police have “a person of interest” in the Barry and Honey Sherman murder investigation, the Star has learned through a court proceeding to unseal search warrants in the almost three-year-old case. 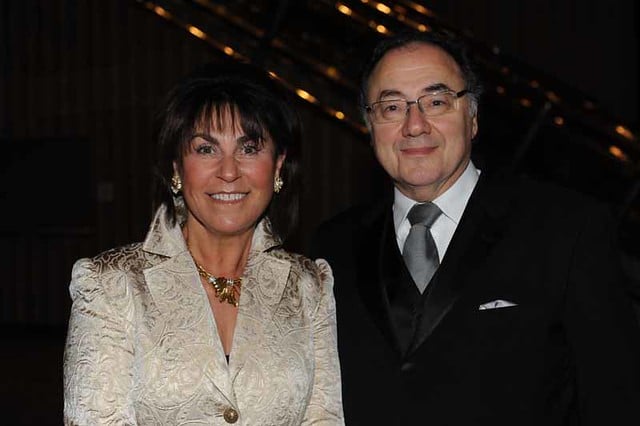 Sources with direct knowledge of discussions Trump has had said Michael Flynn will be part of a series of pardons that the president issues between now and when he leaves office. https://t.co/1DbhMkWIkB

The president intends to include his former national security adviser in a series of pardons before leaving office early next year, according to The New York Times, Axios and other news outlets. Flynn pleaded guilty twice in 2017 for lying to the FBI during its investigation of potential Russian meddling in the 2016 presidential election.

5. The UK reduces its foreign aid commitment by billions

Chancellor Rishi Sunak says the government will spend 0.5% of GDP on overseas aid in 2021 with the intention to return to 0.7% "when the fiscal situation allows".

He adds the UK will remain "the second highest aid donor in the G7".https://t.co/5WyMYm1eMe pic.twitter.com/KAVsEMlyxZ

Chancellor Rishi Sunak announced the change, saying the UK would now spend 0.5% of its gross domestic product, rather than 0.7%, a change estimated to be around £4bn.