**This story contains graphic details and photos that some readers may find distressing.**

It’s been a long road to recovery for the poor pup who was found riddled with gunshot wounds in Beaverdell.

Back in May, the BC SPCA made a public plea for donations to care for the dog who was left for dead.

Rose and her brother were abandoned by their owner when he was evicted from the property; during a storm, they ran into the neighbouring woods and when they returned Rose was suffering from serious injuries.

“When Rose arrived at the shelter her wounds were severe, infected, becoming necrotic, and she could barely eat or drink,” said Sean Hogan, manager for the Kelowna BC SPCA.

“We immediately got her to an emergency veterinary hospital where they made her more comfortable and began attending to her wounds. They determined she had been shot when they discovered buckshot scattered in the wounds.” 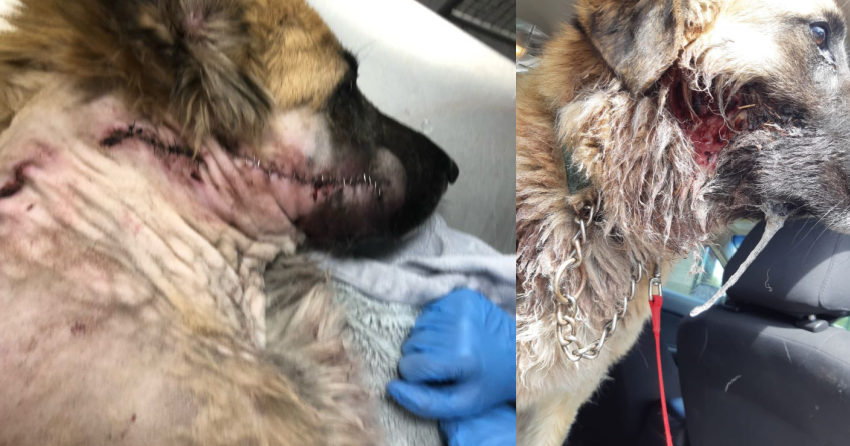 Rose required multiple procedures to save her, including extensive primary wound closure surgery on her face and neck.

She had drainage tubes in her abscessed wounds and required 24-hour care due to multiple bandage changes each day, along with daily check-ins and monitoring from the veterinarians at the emergency hospital.

When Rose was released from the hospital she was immediately transported to a foster home to heal.

Her foster mom Wendy, noted how sweet the victimized dog was even after everything she had been through.

While it’s been anything but an easy journey for the timid canine, she experienced even more issues during her recovery.

“Rose had to go back to the veterinarian five times after she was initially released from the hospital to deal with abscesses in her wounds,” explained Chaelyhn Berry, an animal care supervisor for the Kelowna BC SPCA. 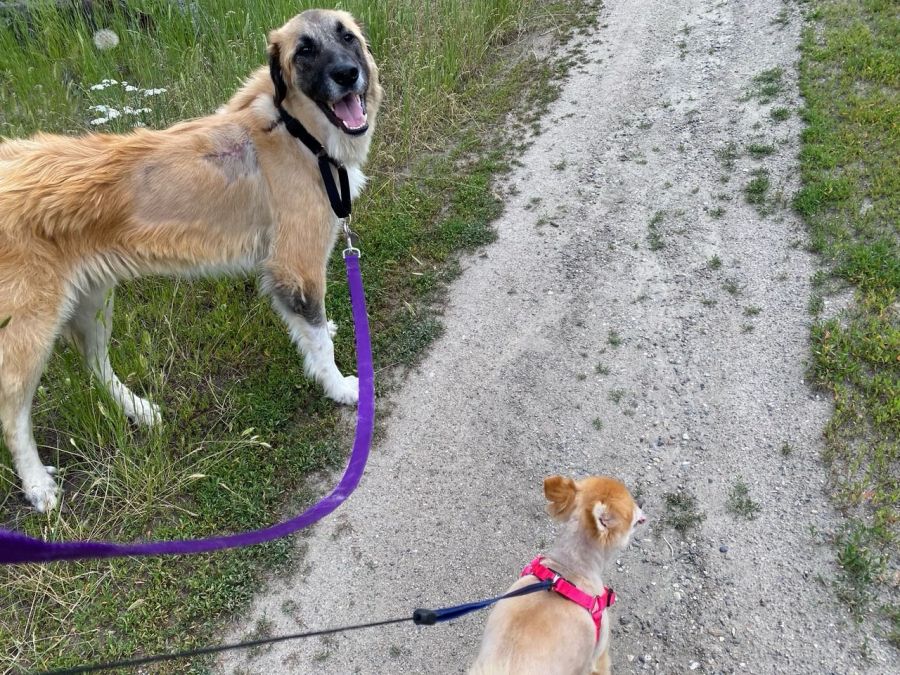 Berry says Rose has since gone on to have the last of her sutures and staples removed, but remains underweight and is being treated for tapeworm a second time.

After a few months in Wendy's care, Rose was finally ready to be taken out of the foster care system and put up for adoption to find her forever home.

Which didn’t take long, as Gwen and D’Arcy, Roses’s newly adopted parents made a three-and-a-half-hour drive to come and bring their new dog home.

“We have only had her in our home for four days and it is unbelievable how far she has come already,” said Gwen.

“It is hard to see an animal who is dealing with trauma. We were wondering why she wouldn’t eat anything, so I set up a bed for her on the floor in our bedroom and kept an eye on her.”

She added: “In the middle of the night, she went down to the kitchen where we keep her food and water and finally ate.”

BC SPCA’s manager of animal welfare, Kim Monteith says that behaviour like this isn’t uncommon for undersocialized, and fearful dogs.

“They’re so afraid of humans, their new environment, or sounds, they don’t eat or move. It can be even worse when they’ve experienced a traumatic event like being shot.”

Monteith explained that dogs like Rose need to learn to trust humans again by knowing they’re safe, and when they do they will start to eat around people, play and just be a dog.

Rose has finally come around and enjoys spending lots of time on her new deck which is twenty feet up off the ground, surveying the property.

Gwen says she was encouraged to see Rose bound up to her when she came outside to sit with her one day.

“She looked just like a big praying mantis with her really long legs, as she came up to greet me,” laughed Gwen.

They’ve spent many hours exploring the long trails that lead up to their property, and discovered just how much Rose loves going for walks. 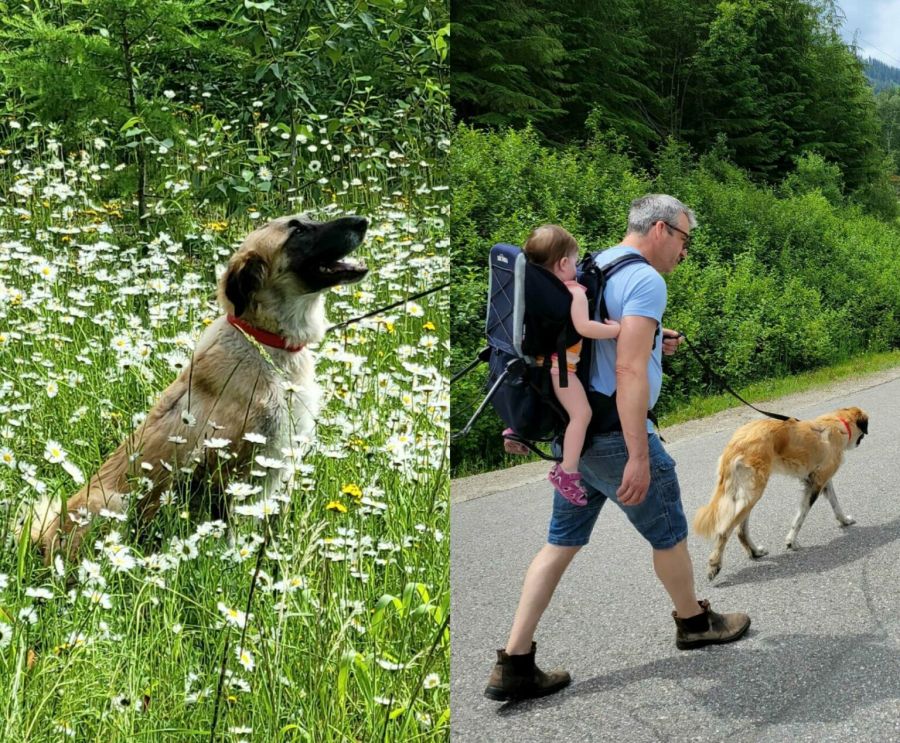 “Rose’s reaction to meeting our granddaughter surprised all of us,” explained Gwen. “She immediately perked up, stopped cowering and quivering. She just wanted to protect and take care of her.”

They’ve also begun calling her Rose Beauty. The ‘beauty’ part coming from Anna Sewell's book Black Beauty, now that they’ve seen her galloping around them with her long legs.

“We kept Rose because we want to honour her original name and all of the people who helped her,” Gwen indicated.

“She might just get a little spoiled with us. After all she has been through, we want to give her the best life ever.”