A 31-year-old man from Alberta is dead following a two-vehicle collision on Highway 1 on Saturday.

According to the RCMP in Golden, the incident happened 17 kilometres west of Field, BC at about 1 pm.

When the RCMP and BC Highway Patrol arrived at the scene, they quickly confirmed that the driver, who was the sole occupant of the vehicle, was deceased.

The driver of the semi-truck was uninjured in the collision.

The Integrated Collision Analysis and Reconstruction Service (ICARS) of BC also attended the scene and began an investigation alongside the BC Coroners Service.

Initial evidence suggests that the driver of the vehicle was heading westbound on Hwy 1 when he drifted into oncoming traffic and collided head-on with the semi truck, according to the RCMP.

Investigators also suggests the driver of the semi truck swerved into the eastbound ditch in an attempt to avoid the collision. 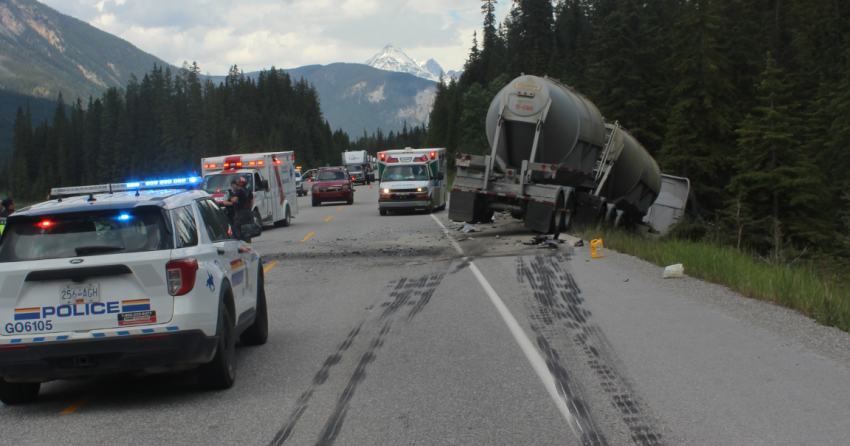 According to DriveBC, Hwy 1 reopened to traffic in both directions at about 6 pm after operating with single-lane alternating traffic for nearly five hours.

“First and foremost, we and our partners extend our sincere condolences to the family and friends of the deceased party,” says Cst. Kat Robinson with the Golden-Field RCMP.

Despite the impact to long weekend travel, a few members of the public responded to the collision and tried to help as best they could.

“We would also like to thank the citizens who were first on scene, who helped those involved in the motor vehicle incident, and who stayed to help emergency crews as they arrived – you were vital in today’s incident,” added Cst. Robinson.

Just 18 days ago, another fatal collision between a SUV and logging truck took place on Hwy 1 near Emerald Lake Road in Field.

The RCMP and Parks Canada remind travellers that the highways through BC’s National Parks are reaching their peak season.

Drivers should allow extra travel time and drive according to the conditions. 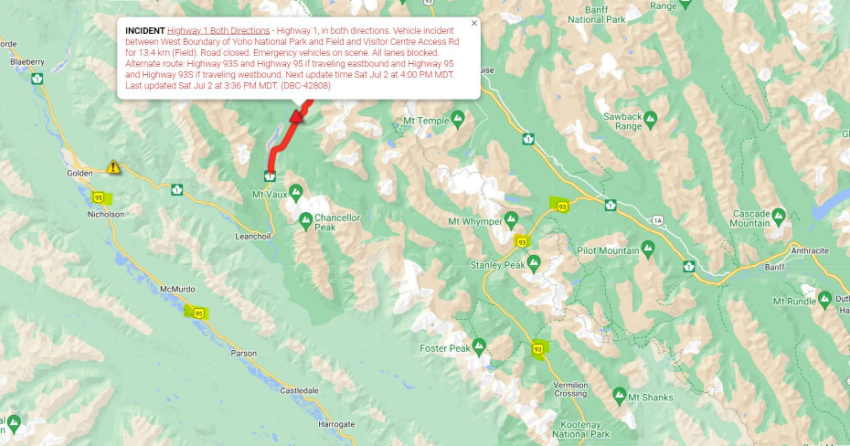