Police in the BC Interior are on the lookout for a suspect who allegedly pooped on the walls and floor of a Tim Horton's in Williams Lake this week.

According to RCMP, just before 8 am on Wednesday, officers were called to the coffee shop in the 1000 block of Hwy 97 after hearing that someone had defecated on the walls and floor of the bathroom.

Just prior to the incident, two men were seen entering the bathroom separately. 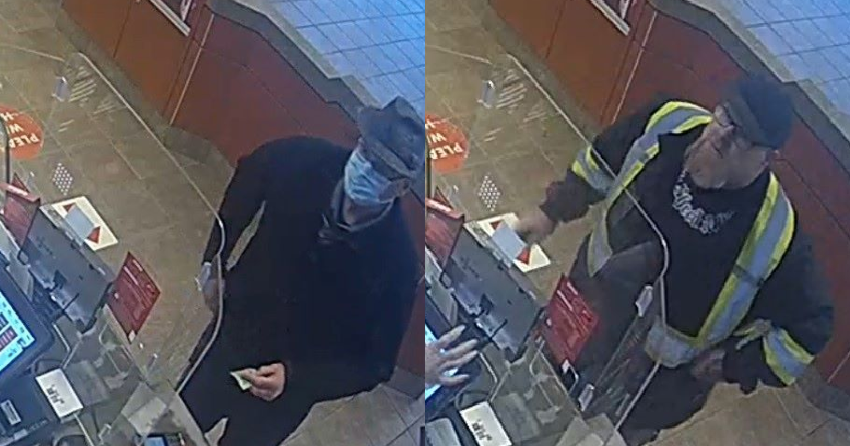 "We are releasing photos of both these men in an effort to identify them, as they may have information about the ongoing investigation," said S/Sgt. Del Byron.