Chevy, an 80-pound, seven-year-old American Bulldog Terrier cross, got home safe after a recent scary incident thanks to the efforts of a Logan Lake RCMP officer and a local fire chief.

The dog was with his owners, an elderly couple, in the Mimi Falls area when she found himself isolated on a ledge partway down a cliff that overlooks the falls. 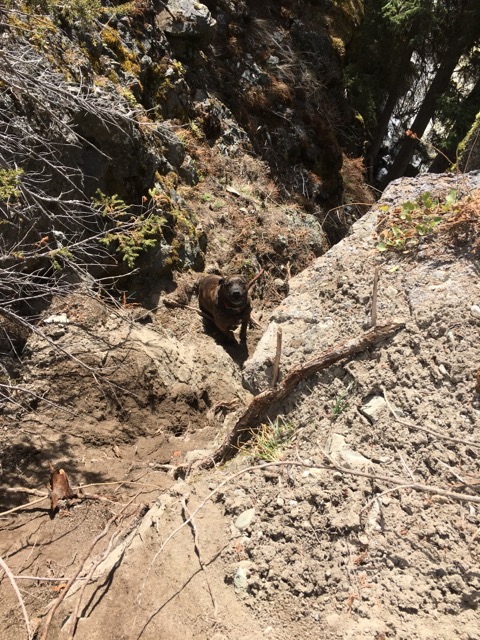 A bystander hiked into cell range to contact the Logan Lake RCMP for the couple, as they were unable to safely reach the big dog.

“Chevy, who was a rescue herself, had become stuck in a precarious position overlooking the 30-metre deep rocky canyon,” explained Cpl. Jesse O’Donaghey. 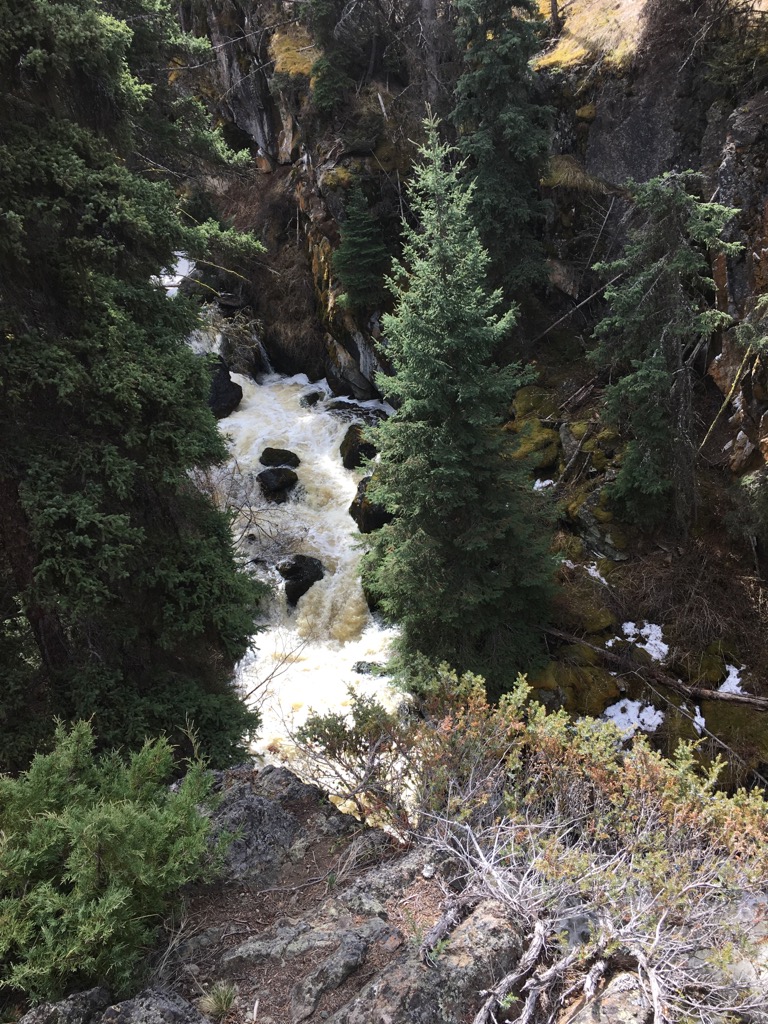 Cst. Kyle Vanditmars hiked all the way out to Mimi Falls to speak with Chevy’s owners and assess the situation.

He was joined on site by Doug Wilson, fire chief for the Logan Lake Volunteer Fire Department (LLVFD), and the two went to work to save the dog, who was 3-metres down a steep dirt embankment. 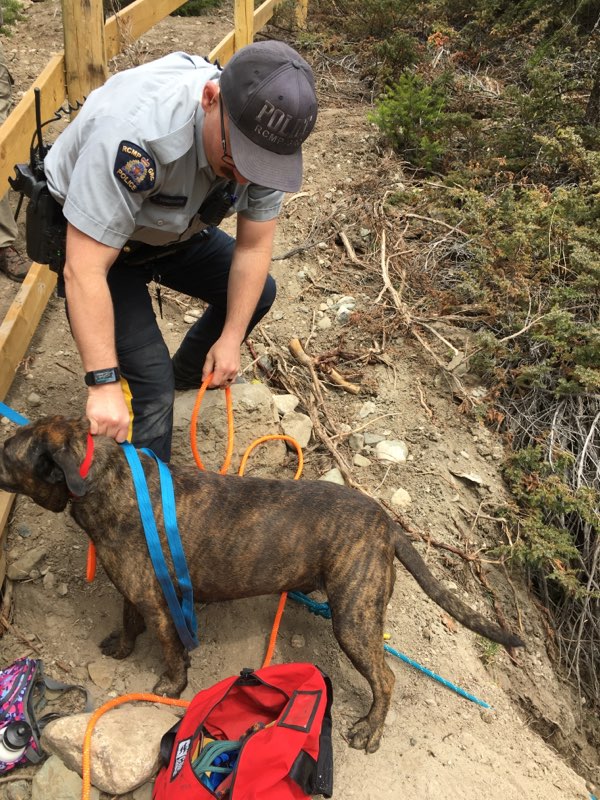 “The two first responders quickly worked together, and using climbing and rappelling gear, the pair safely retrieved Chevy from the ledge and returned her to her family,” said O’Donaghey.

It was a rare and risky rescue for the RCMP and LLVFD, but certainly a worthy one to keep Chevy safe and reunite her with her loving owners.