The CP Holiday Train will once again wind its way through the B.C. Interior this year.

There are two holiday trains, with one heading through the US and the other travelling the Canadian route. 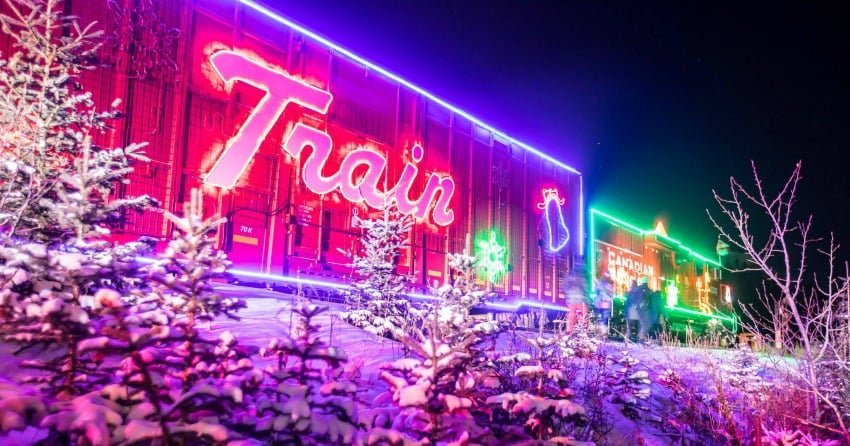 Both trains departed Montreal earlier this week and are now heading west on their respective routes.

The Canadian train will enter British Columbia on Dec. 11 and visit 24 communities over an action-packed week.

That includes stops in Revelstoke, Salmon Arm, Kamloops and many more towns and cities, which you can view the full schedule for by clicking this link. 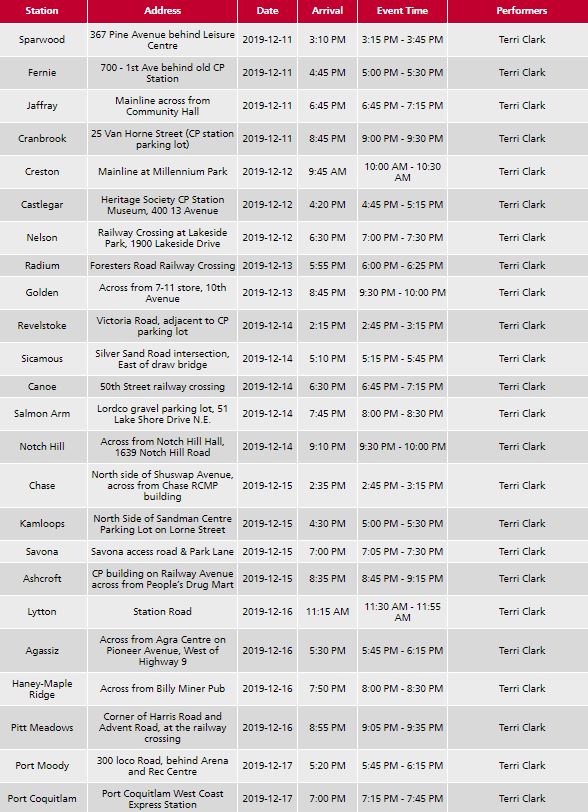 As always, the CP Holiday Train will bring along plenty of fun activities and entertainment for those who chose to check it out while it’s stopped.

This year, that includes a free show from Canadian country artists Terry Clark and Dallas Smith at every stop in BC.

This is the 21st year that the train has made its holiday journey across the continent.

Since launching in 1999, the annual journey has raised more than $15.8 million CAD and gathered 4.5-million pounds of food for communities along CP’s routes.

“The CP Holiday Train is a program that our 13,000-strong CP family has immense pride in bringing to communities every year," said Keith Creel, CP's President and CEO.

"The CP Holiday Train program is our way to help in the fight against hunger by growing awareness of this issue and providing a fun and engaging way for the public to show their support.”

If you can’t get out to see the lit up train this year, you can follow along on social media by following @CPHolidayTrain and the #CPHolidayTrain hashtag on all platforms.