The British Columbia government has introduced legislation that it says would prevent "disruptive behaviour" from affecting schools and health−care facilities.

The legislation would establish 20−metre zones around hospitals, schools and COVID−19 vaccination and test centres, making it an offence to impede access to the facilities and their services, the Ministry of the Attorney General said Monday.

It would also be an offence to act in a way that could cause service providers or users to be concerned for the physical or mental safety within the zones, it said.

A small number of people protesting COVID−19 rules in recent months have blocked access to healthcare facilities and schools, and while everyone has a right to protest, such interference is unacceptable, Premier John Horgan said in a statement. 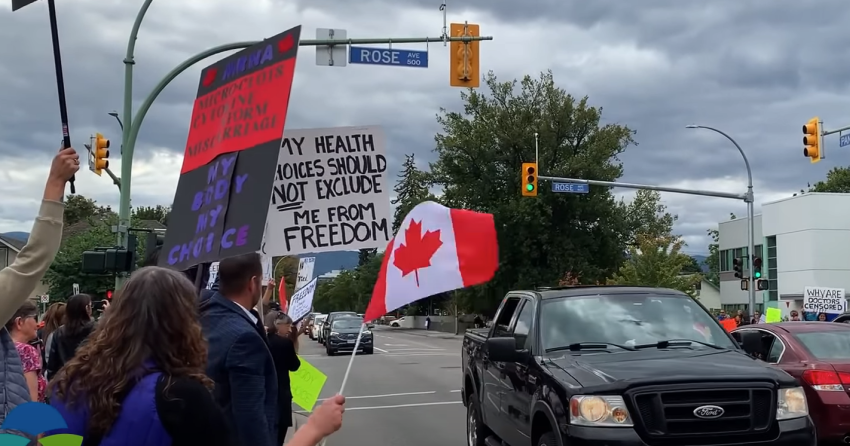 The act developed in partnership with the Ministry of Public Safety would give police the power to make arrests, with potential imprisonment of up to six months, or to issue violation tickets of up to $2,000, Attorney General David Eby said.

The legislation, which has yet to be passed, would be in place until July 1, 2023, though the province says it may be repealed earlier if it’s no longer required.

The goal is to preserve access to key services while preventing "an atmosphere of intimidation" for workers and the public, Eby told a news conference.

Asked about the potential for BC to expand the legislation to additional locations, Eby said the government would be required to consider specific criteria around how essential the service is and whether people are having difficulty accessing it.

"We do recognize that there’s a balance here, in terms of people’s right to free expression and people accessing these services," Eby said.

Saskatchewan and Quebec have adopted similar no−protest zones within 50−metres of hospitals or schools. 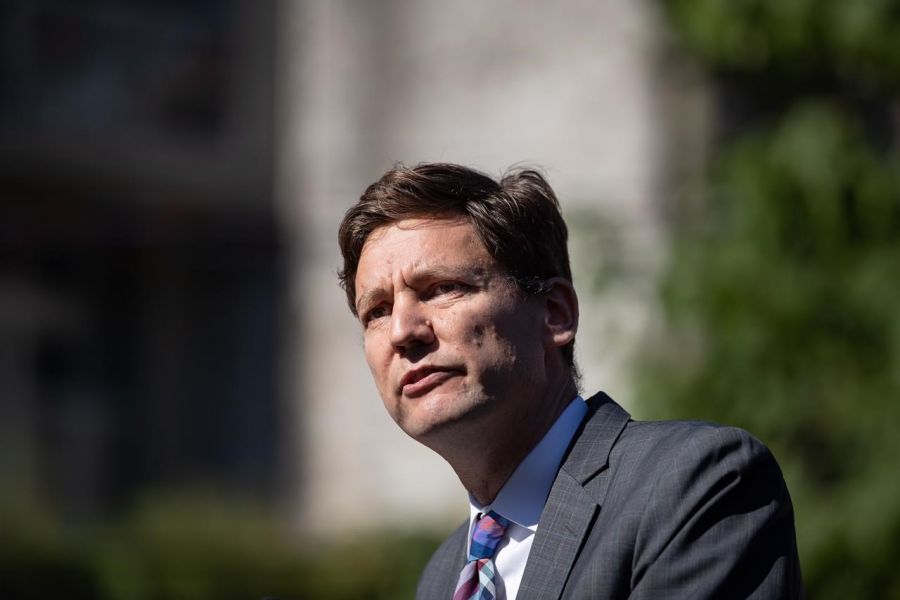 Eby said the province may reconsider the 20−metre size of the zone if it’s not effective.

Health workers, children and teachers "deserve to feel safe when they go to work or school but we’ve seen a number of protests recently where they’ve been the target of anger and abuse," Public Safety Ministry Mike Farnworth said in a statement.

"This new measure will allow law enforcement to act if an individual or group continues to put others at risk through their thoughtless and selfish actions."

BC reported 1,270 new cases of COVID−19 diagnosed over a three−day period as well as 16 more deaths on Monday, bringing the death toll to 2,273.

There were 3,837 active infections across the province.

Nearly 87 per cent of eligible BC residents aged 12 and up have received two doses of COVID−19 vaccine, while 90.7 per cent have had one.