Lennard Skead says he felt like he’d been put in jail for a crime he didn’t commit when he returned to Canada from South Africa on Thursday.

Skead, who lives in Brandon, Man., said he wasn’t allowed to leave a Toronto quarantine hotel until the day after he received a negative result on the COVID−19 test he completed when he arrived in Canada.

"Our negative results came out on Saturday, but we are not allowed to leave until the quarantine officer calls us and tells us you can leave now. Nobody called us. Nobody called us until Sunday," said Skead, who was travelling with his wife, Charlotte.

Skead, who is fully vaccinated against COVID−19, said in an interview Monday that by the time he was told he could leave, he had already cancelled a flight back to Manitoba, keeping him in the hotel for another day. It was Skead’s third negative COVID−19 test of the trip. 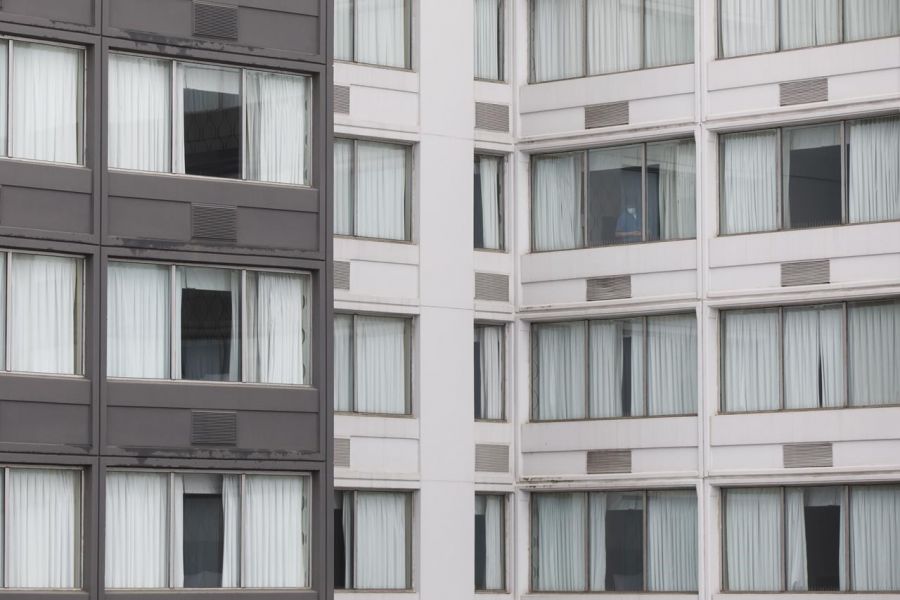 Health Canada said in an email Monday that the requirement for testing in transit "is in place so that the risk of the traveller being exposed to the virus and its variants between the time of testing and boarding the plane, which can take up to 72 hours, is reduced."

Tiffany Gaura, who returned to Calgary from Cairo on Saturday, said she felt after landing in Canada that she was being punished for travelling to Africa.

“From the time you give them your passport, they call somebody immediately who then stays with you, takes you through to a separate secondary screening area where they question you extensively, read you your rights, tell you you have a right to a lawyer and you’re being transported by the federal government to an isolation facility,” she said in an interview Monday.

While the quarantine facility is in a hotel, she said, it doesn’t have any of the usual hotel services, like a restaurant, cleaning or room service.

Gaura, who was travelling with her two children, aged five and eight, said she doesn’t understand why she had to stay in a quarantine hotel instead of returning to her nearby home to isolate there.

“This is absurd for a family with a solid quarantine plan, who has no history of not following public health directives, who’s fully vaccinated, who’s following all the rules, who has done all the PCR tests,” she said.

"We’re not going to spare any expense or resources when it comes to protecting Canadians, including at the border. We’re going to continue to provide clear travel guidance to all Canadians and others who are travelling to Canada," he told reporters in Ottawa.

Gaura said she thinks Canada’s decision to place additional restrictions only on African nations at a time when the Omicron variant of the novel coronavirus is present in Europe and the United States is "opportunistic and xenophobic."

She said she was lucky she was able to clear German customs and get a PCR test while transiting in Frankfurt, because while Canada has put restrictions on Egypt, Germany has not.

"They’re not fully informed by what we know about the science. We’ve known that it didn’t really help slow the introduction of Delta."

Jha says testing before boarding a plane and on arrival is reasonable and should be done at a larger and more rapid scale.

He adds the only other way to prevent new variants from spreading across the world is to accelerate vaccines for everyone.

"We can’t keep playing Whac−A−Mole with different variants and travel restrictions. Vaccinating the world would fully protect us. "

On Saturday, the federal government announced that travellers coming from South Africa and transiting through Frankfurt would be exempt from the in−transit testing requirement until Dec. 13.

Tasha−ann Bussell of Rossland, BC, whose husband was in South Africa for his brother’s wedding, said he was able to use that new exemption to get on a flight home, due to land in Calgary Monday.

“He’s exhausted and stressed,” Bussell said in an interview Monday. “We have three small children and my youngest and the middle child have birthdays in December so he’ll miss that ... at least he’s gonna be home for Christmas."

She adds she’s not angry with the government for implementing the regulations because one of her children is immunocompromised.

“I really appreciate the fact that they are trying their best," she said. "It’s just hard. That’s all it is.”