Kelowna resident Chris Graham was having a hard time lighting one of his recently purchased prerolled joints last Saturday night.

“I finally got the joint lit after several tries and when I went to have a puff something was clearly not right,” said Chris Graham to NowMedia.

After examining the preroll's contents, Graham quickly realized the joint contained a large chunk of a pencil instead of any actual pot. 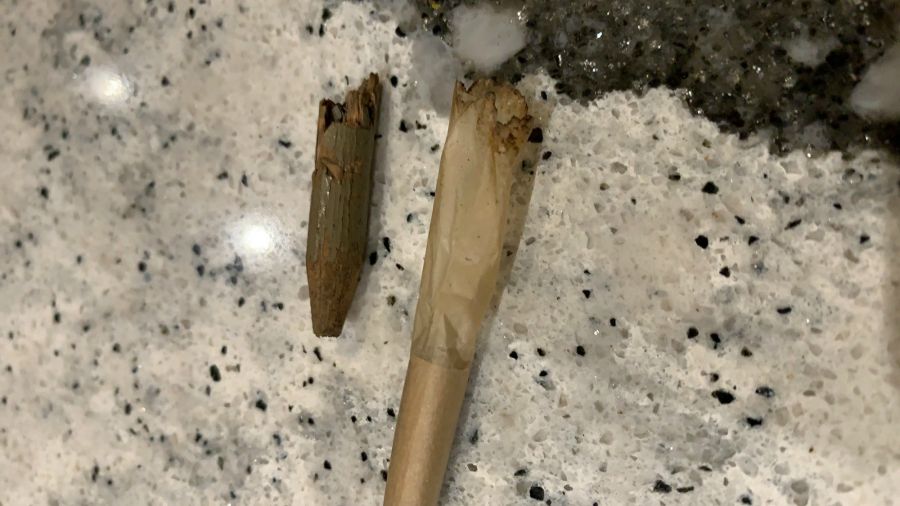 The joint was purchased at Hobo Cannabis in Kelowna, BC, for $6.92 and made by licensed cannabis producer TerrAscend under the company’s “Haven St.” brand cannabis.

Graham was able to exchange his purchase at Hobo Cannabis for a prerolled joint with actual marijuana and the store’s parent company Donnelly Group provided the following statement to NowMedia.

"All products in the Canadian adult-use market is produced, packaged and shipped by the licensed producer to the provincial distributor, making this a matter for the licensed producer and BCRB. Cannabis stores are the end link in a long supply chain,” said Harrison Stoker, VP of Brand and Culture with Donnelly Group.

“Federal and Provincial regulations specifically prohibit retailers from quality assuring products, and state that everything must remain sealed in its original packaging. Hobo has issued an exchange to the customer, and has initiated communications to the BCRB and LP to get this matter sorted out."

According to BC Liquor Distribution branch, this incident is the first of its kind reported in BC.

“We received the complaint and immediately got in contact with the licensed producer, LP's are responsible for quality assurance,” said Kate Bilney, Senior Communications Officer with BC Liquor Distribution branch.

“They assured us that they believe it's an isolated instance and they are undertaking a full investigation to determine how it occurred.”