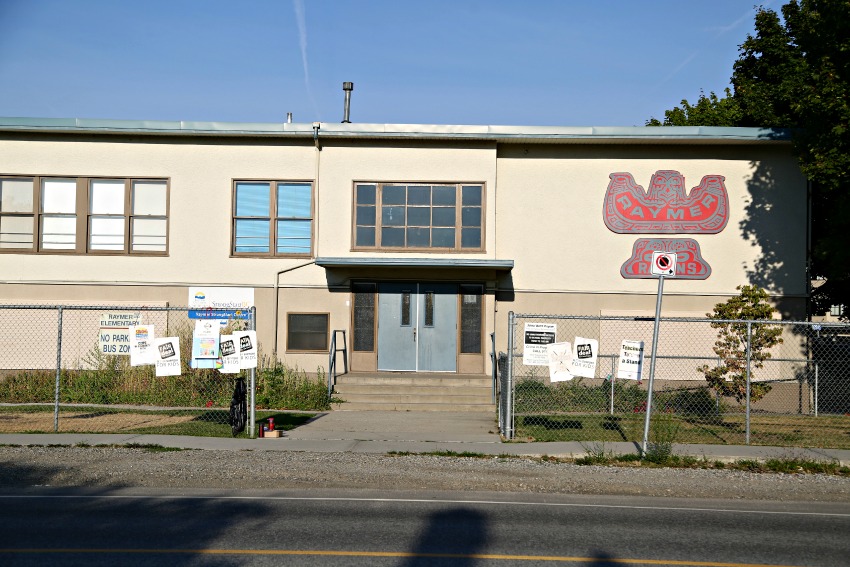 The Central Okanagan School District is telling the Minister of Education that they are “extremely disappointed” with further cuts to their funding.

The Board of Education for the Central Okanagan decided in last Wednesday’s Board Meeting to respond to the B.C. budget announcement with a letter to the provincial government. In a letter addressed to Peter Fassbender, Minister of Education, and Michael de Jong, Minister of Finance, Board Chair Moyra Baxter says that the district has already made significant cuts in previous budget reductions. “It is unavoidable that further reductions will affect each and every student within the Central Okanagan School District,” writes Baxter. 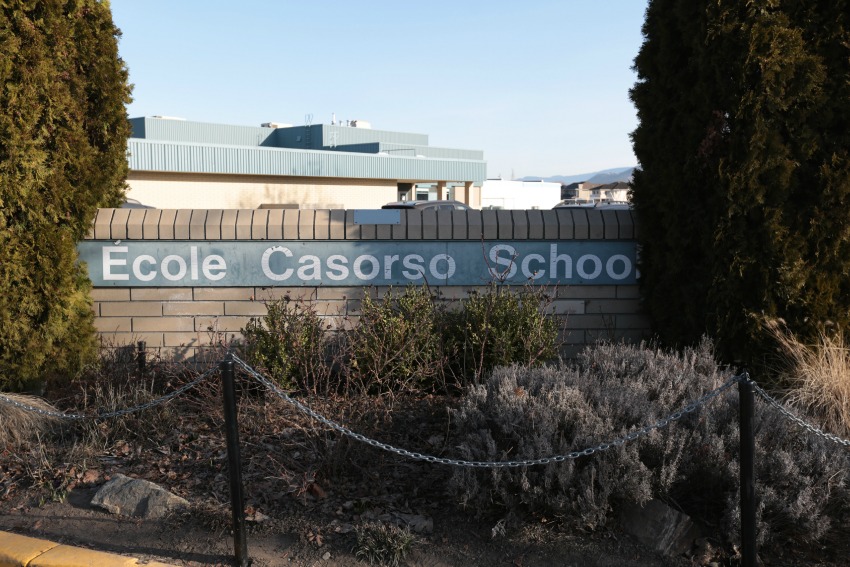 While the province has called upon school districts to cut administrative costs, Baxter says that SD23 has already made these tough decisions from previous cutbacks. “In recent years, we have faced service reductions that have affected the classroom both directly and indirectly,” says Baxter. “The requirement for further cuts will only compromise the District’s ability to deliver programs and services to our students.”

Baxter finishes off the letter by asking the provincial government to reconsider the reduction targets and renew funding levels for B.C.’s public education. 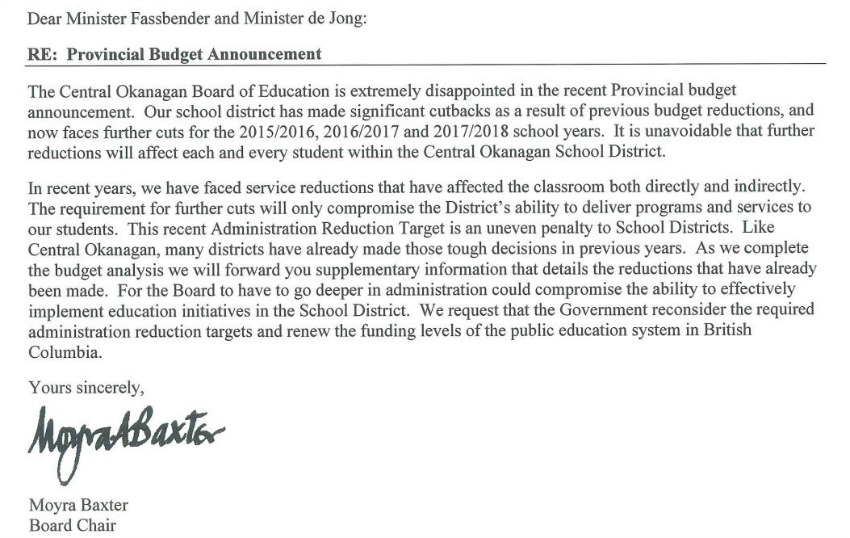