If you’re looking for the top place to live in the Central Okanagan, take a good look at West Kelowna.

MacLean’s published its annual list of the best places to live in Canada and West Kelowna came in at 65th, sandwiched between Bracebridge, Ont. and Cantley, Que. 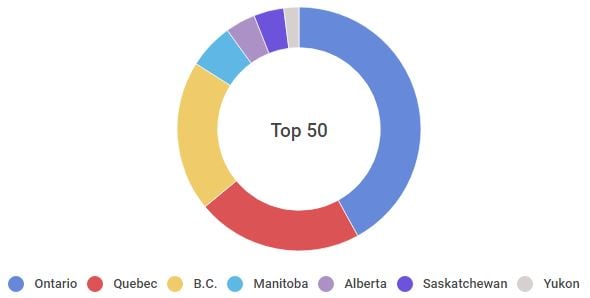 The ranking puts West Kelowna 35 spots ahead of its neighbours across the bridge as Kelowna came in at 100th on the nose.

Lake Country came in significantly further down the list, ranking 342nd out of 417 cities.

The list is done by ranking each community across 36 separate category that all account for different values.

Ottawa nabbed the number one spot on the overall list and Oak Bay was the top ranked B.C. city.

West Kelowna and Kelowna were the 15th and 22nd ranked B.C. cities respectively.

To see the entire list of rankings, which you can sort by different provinces or categories, click this link.