(UPDATE: May 26 @ 1 pm) - When the provincial government announced a 50-vehicle cap on drive-in venues and events last week, the Starlight Drive-In in Enderby told NowMedia that they didn't think the order was directed at them.

However, on Monday, Dr. Bonnie Henry clarified that the new limit is in effect for all drive-in theatres and events, which means Starlight has to play ball.

"Dr. Bonnie Henry confirmed that Drive-In Theatres are included in her order to limit drive-in events to 50 cars, with no concession permitted," said a Facebook post from the drive-in.

"In order to fully comply with all government regulations, we are now limiting ticket sales to 50 cars per show. With no concession you will need to bring your own snacks and refreshments."

The post added that the only time guests will be permitted to leave their vehicle is to use the washroom.

While many were hoping that the popular drive-in in Enderby would be a staple of their amended summer plans, this new cap could put that idea in jeopardy.

"As always, we remain committed to the health and safety of our community. In the coming week, our team will be will be reviewing our operations, and how these changes impact the feasibility of our summer drive-in season," the Facebook post said.

An update on any long-term decisions is expected once they're made.

(Original story: May 22 @ 7 pm) - The Starlight Drive-In Theatre in Enderby is always one of the most popular attractions of the summer in the Thompson-Okanagan and that hasn’t changed this year.

The drive-in has made all the appropriate adjustments to allow themselves to open under COVID-19 regulations and their new policies have received glowing reviews from attendees.

“I just wanted to say what an amazing job you guys did with all the adjustments to adhere to social distancing and safety for everyone at the drive in,” wrote Morgan Coulis after opening weekend earlier this month.

“We went last night and besides briefly giving our ticket at the gate, the whole experience was contactless, and we had a ton of room in our assigned spot to move around to set up our truck bed and let our dogs on the grass.” 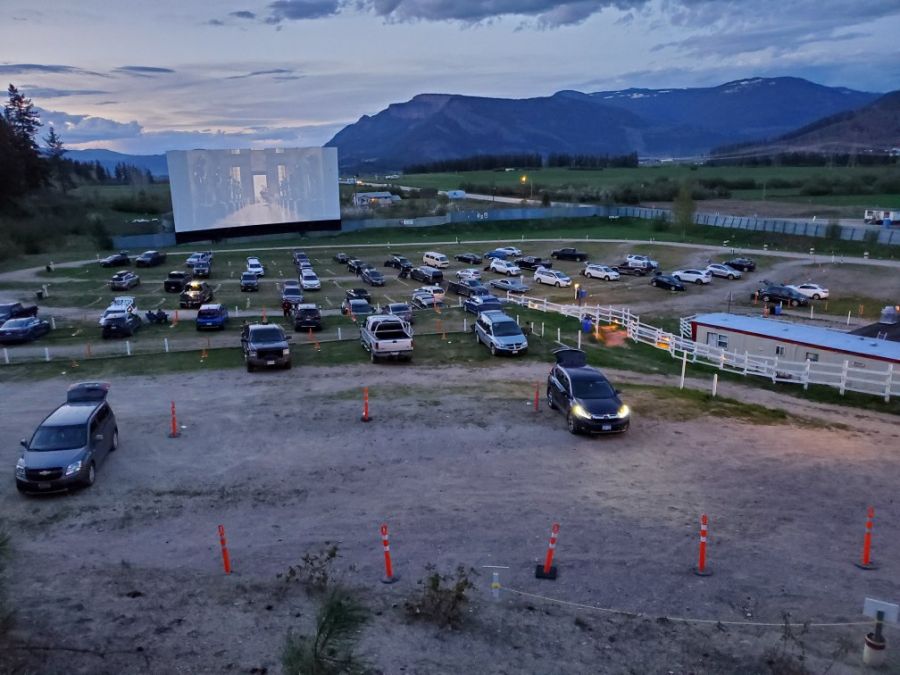 Today, it appeared as though the provincial government may have thrown a wrench in their successful spring, as a cap on drive-in events was announced.

“The order has been amended to also include no more than 50 vehicles for outdoor drive-in events, with a restriction on the sale of refreshments,” said a release from the Government of BC today.

“Anyone attending these events must stay in their cars unless they have to go to washrooms, which must be serviced with running water for proper hand hygiene.”

However, the Starlight team told NowMedia that they don’t think that order was directed at them and similar drive-in operations that have been successfully operating throughout the province in recent weeks.

“We think it is aimed at a number of proposed pop-up operations that do not have the infrastructure that we have, and are not pre-existing and on-going businesses operating at less than 50% capacity as per the provincial order,” the team said.

So things are still a go at Starlight and their successful spring continues this weekend with a doubleheader of “Onward” and “Star Wars” The Rise of Skywalker.”

If you want to attend the drive-in, you must purchase tickets online in advance through their website.

Possible human remains found inside a torched vehicle in the Okanagan

A trio of new COVID-19 cases reported by Interior Health