UPDATE: Power 104's Powerball with Breaking Benjamin has been cancelled

(UPDATE: March 15, 2019) - One of the Okanagan's most anticipated spring concerts is no longer happening.

Power 104's Powerball, which featured Breaking Benjamin, Asking Alexandria, The Wild! and Diamante, has been cancelled. 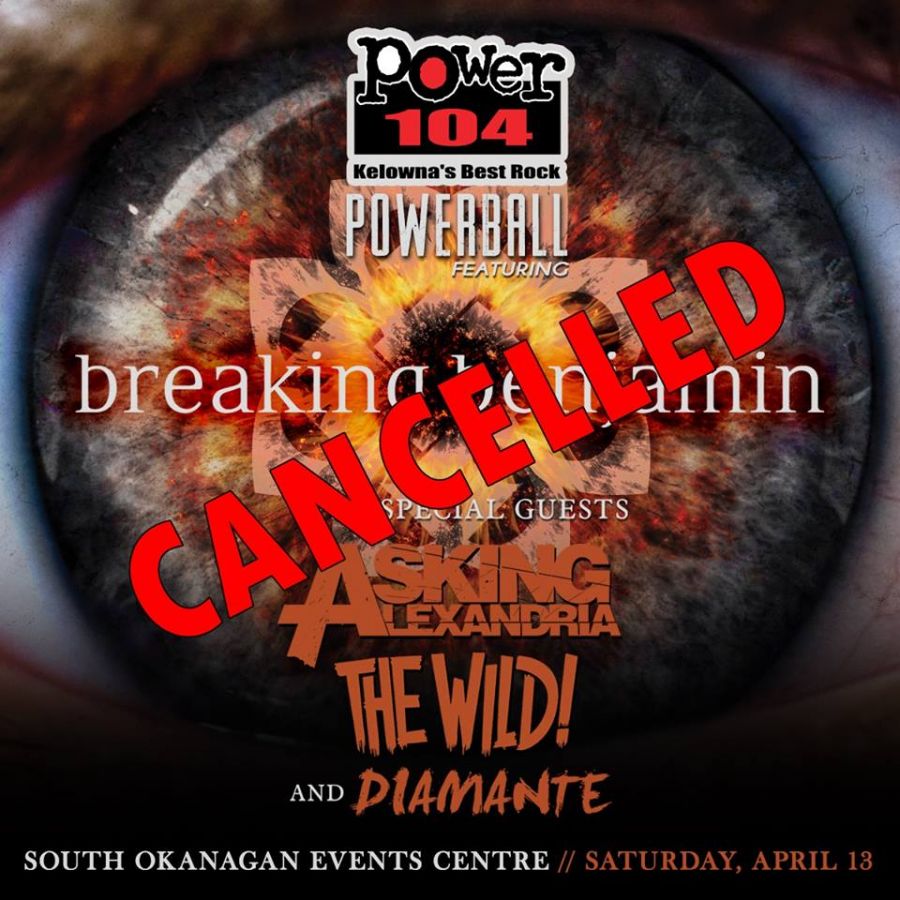 The unfortunate news is due to Breaking Benjamin cancelling a string of shows in British Columbia and Alberta in April, which includes the April 13 show in Penticton.

Customers who purchased tickets with a credit card will have the ticket price and the per-ticket fee automatically reversed starting on Tuesday.

Those who bought their tickets using cash or a debit card at the Valley First Box Office will have to return to the box office to get a refund, also starting on Tuesday.

Breaking Benjamin will headline this year’s show, which will take place at the South Okanagan Events Centre on Saturday, April 13.

Joining them on the bill is Asking Alexandria, The Wild! And Diamante.

Breaking Benjamin released their sixth studio album, Ember, a year ago and played in Kelowna a short time later with Avenged Sevenfold and Bullet For My Valentine.

Asking Alexandria’s most recent album came out a short time before that, in late 2017, and they’ve yet to play it in the Okanagan.

Diamante released her first studio album, Coming in Hot, this past summer and the 22-year-old will be making her Okanagan debut at Powerball.

Finally, The Wild! Are a local favourite that most rock fans in the Okanagan will know well, but it’s safe to expect a great show from them as well.

Power 104 insiders will get a pre-sale opportunity on Thursday before tickets go on sale to the general public on Friday at 10 a.m.