Thousands both young and old, congregated at the City Park Cenotaph on Monday morning, creating one of the biggest crowds veterans have seen in recent years for the annual Remembrance Day service.

Hosted by Kelowna branch #26 of the Canadian Legion, the event honoured veterans across the world in addition to the brave soldiers still serving today and the Okanagan’s own heroes. 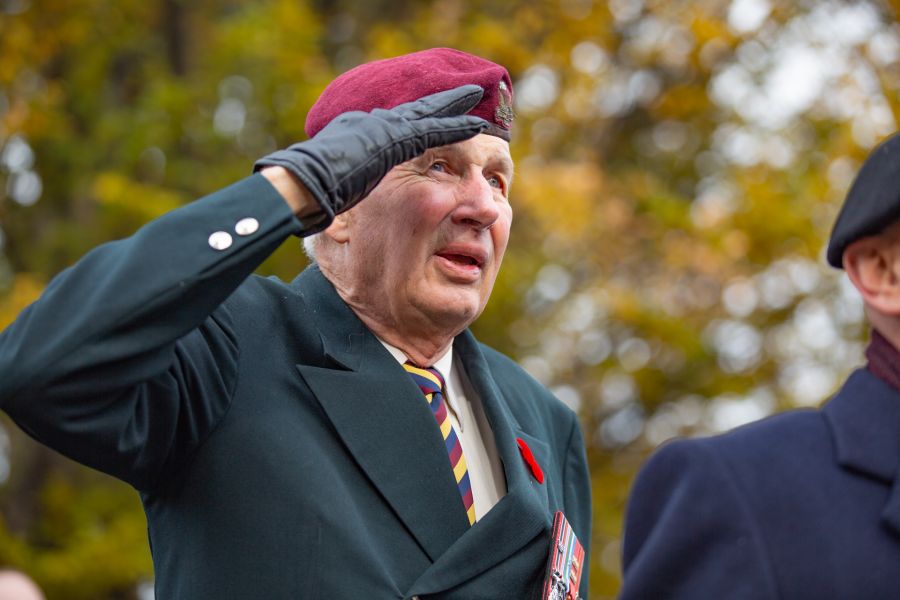 Remembrance Day 2019 marks 101 years since the signing of the armistice that ended the First World War.

As per tradition, the Colour Party marched into the ceremony, accompanied by the British Columbia Dragoons, Kelowna RCMP, veterans, cadets and other fleets of local emergency personnel to be met by thunderous applause of thanks. 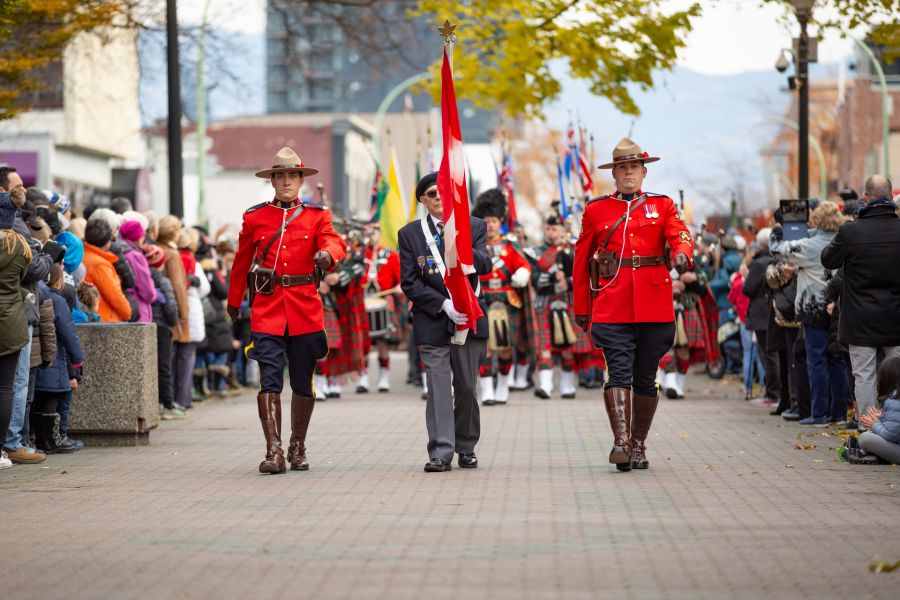 Veterans shared historical anecdotes and read John Maccre’s famous poem “In Flanders Fields” prior to the moment of silence at 11 am. 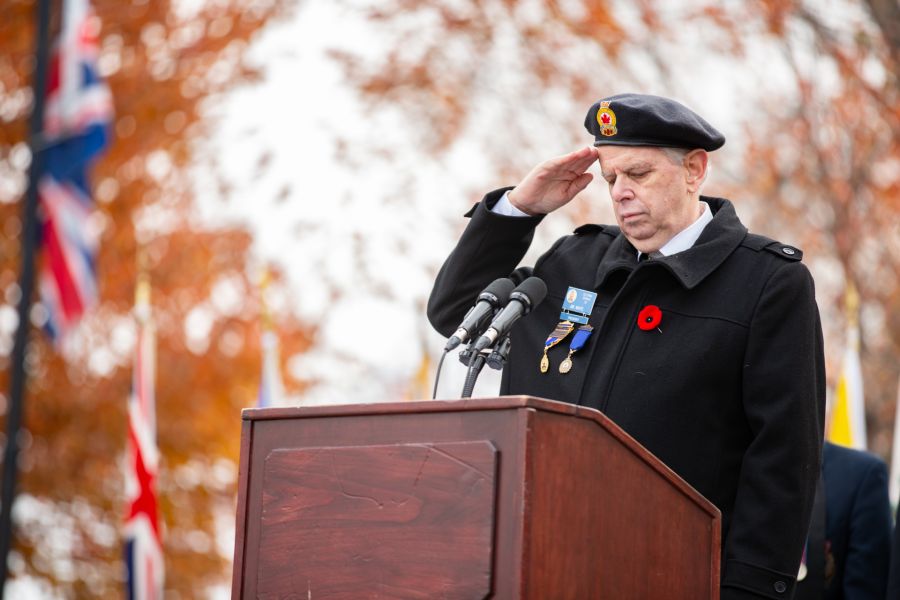 Bugler Dennis Colpitts played “The Last Post” to help those in attendance to remember the sacrifices made by the fallen in order for us to have the rights and freedoms we do today. 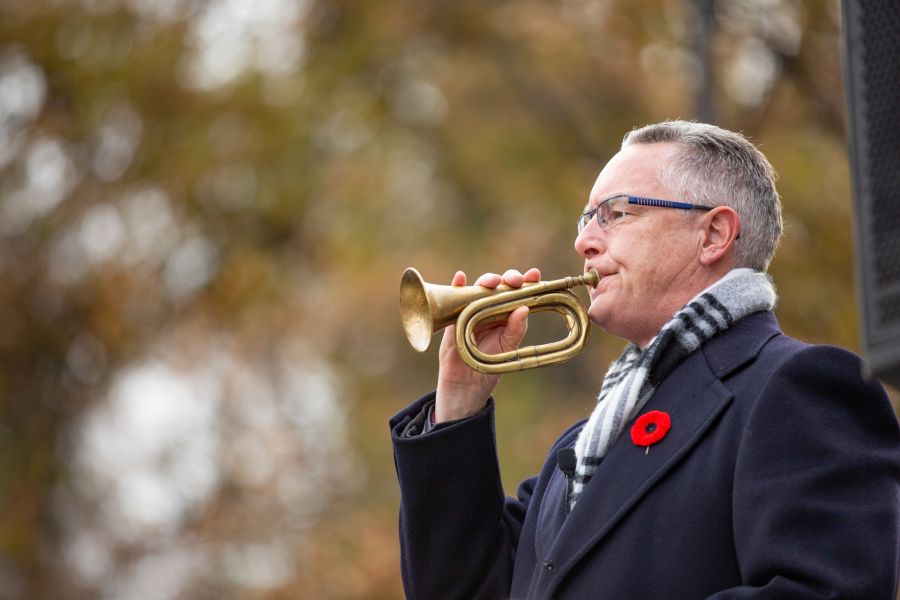 The pride and gratitude was palpable, as each way you turned hands were either over hearts or saluting with tear-filled eyes gazing upon the cenotaph. 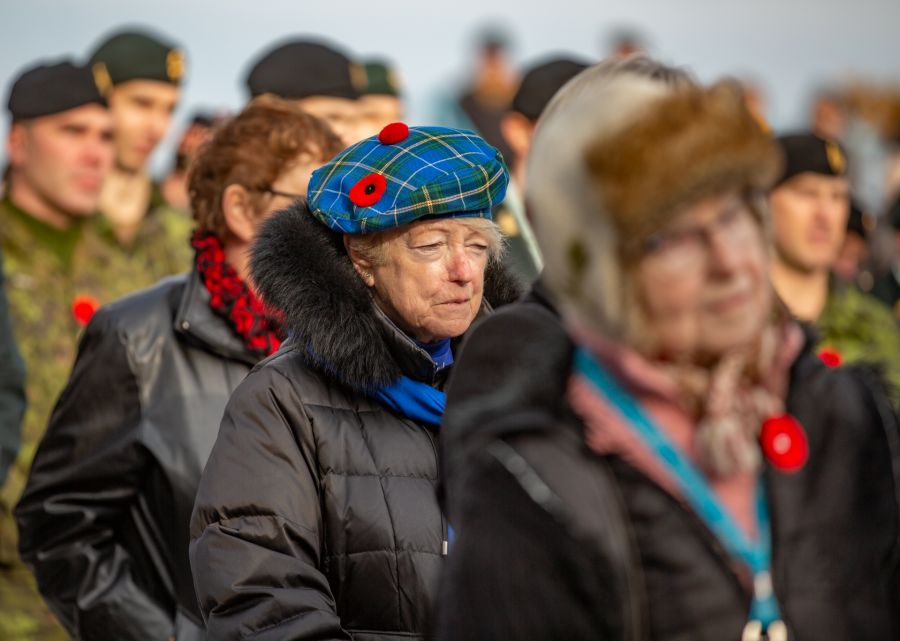 Wreaths were laid by local dignitaries and representatives from organizations before members of the public were invited to lay their own to honour their loved ones who have served. 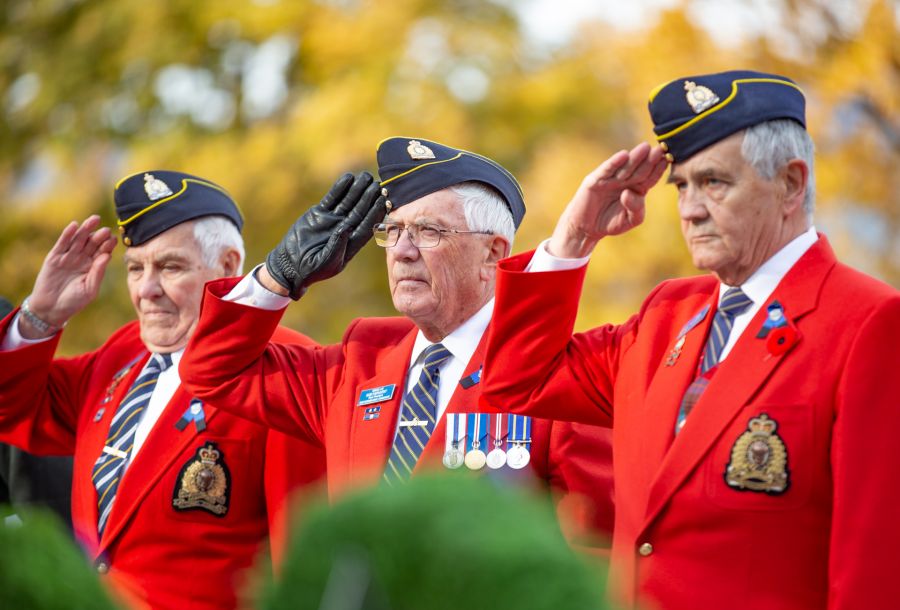 Following “God Save the Queen,” attendees removed their poppies to lay them gently upon the wreaths, crosses and cenotaph before going on to pay their respects at the field of crosses installation. 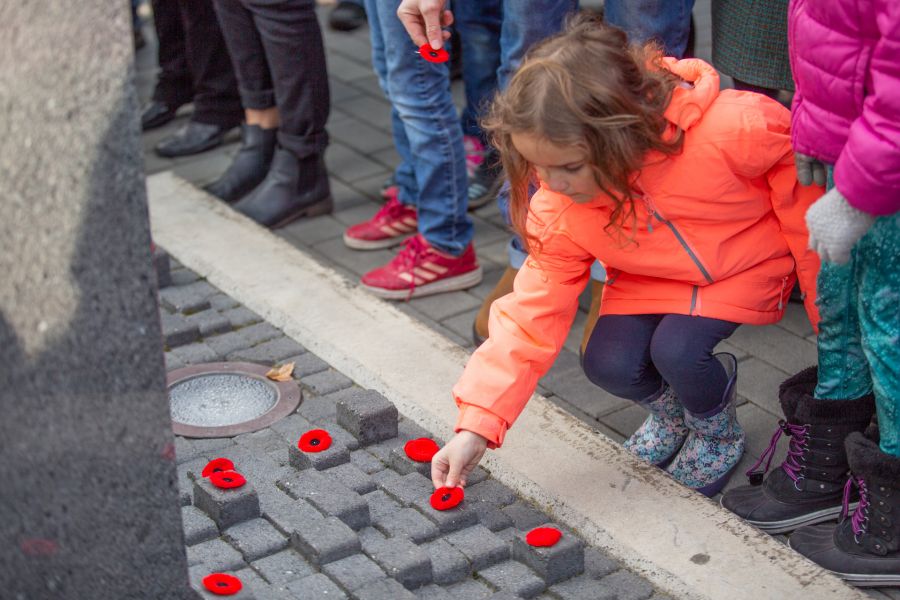 While exiting the park, hugs and handshakes were exchanged between civilians and veterans to conclude the 2019 services. Click here for more photos of the event. 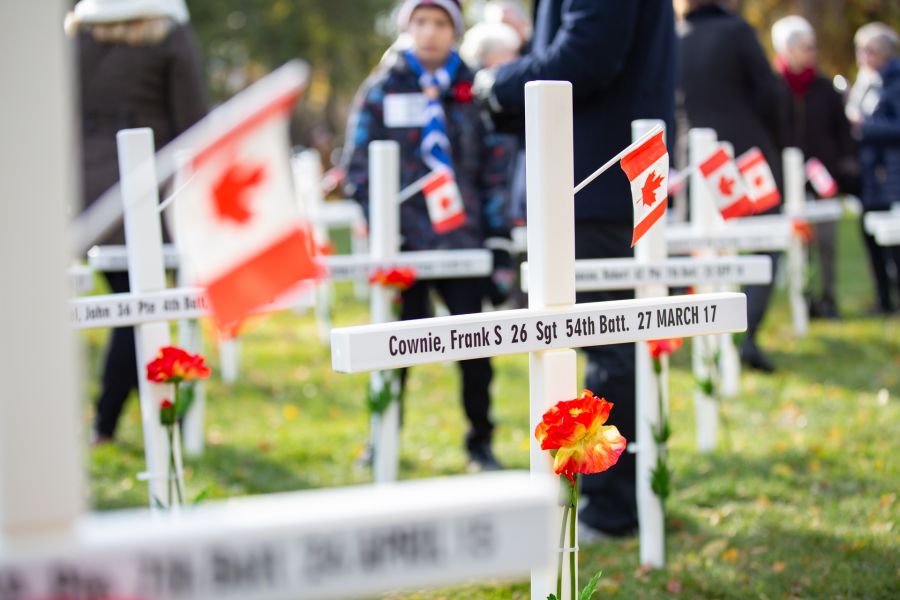