Kelowna is divided into two ridings, with the Central Okanagan-Similkameen-Nicola riding encompassing West Kelowna as well as Kelowna south of Harvey Avenue and the Kelowna-Lake Country riding covering the remainder of the city.

According to 338Canada project, which serves as a statistical model of electoral projections based opinion polls, electoral history and demographic data, the Conservative Party is leading in the heart of the Okanagan. 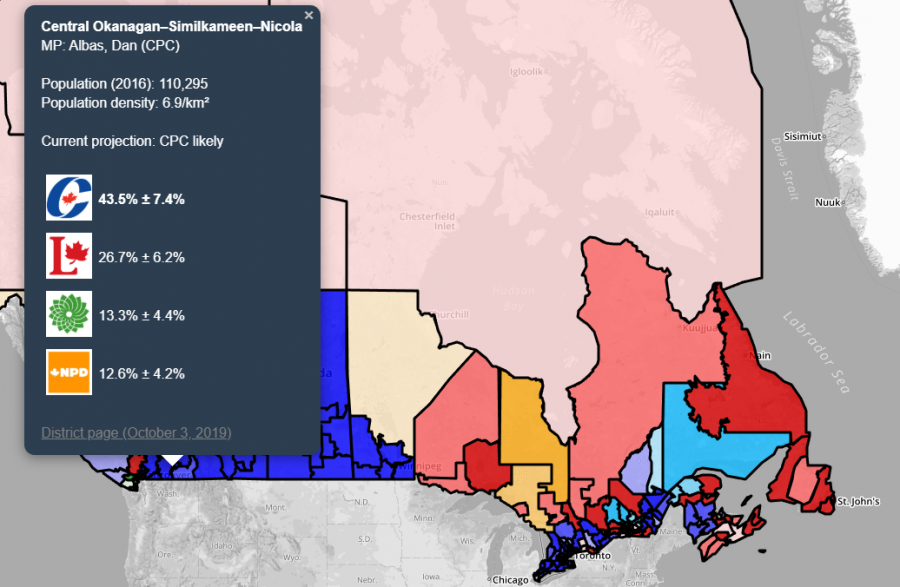 Currently represented by Conservative incumbent Dan Albas, the Central Okanagan-Similkameen-Nicola poll has Albas leading with 43.3% of the vote followed by the Liberal challenger Mary Ann Murphy at 27.1%.

In the riding of Kelowna-Lake Country, Liberal incumbent Stephen Fuhr is currently polling at 33.4% and trailing his Conservative challenger Tracy Gray who sits at 43% in the polls. 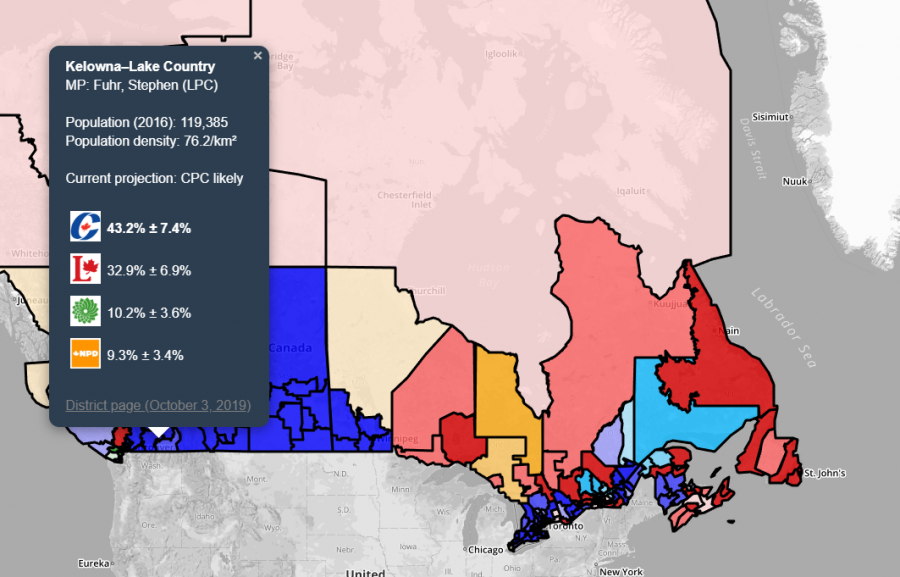 However, while the Conservatives have a seemingly strong lead, Kelowna-Lake Country MP Fuhr was not expected to win in 2015 and pulled off one of the biggest upsets of the election.

The Green Party leads the NDP in both ridings as well, while Maxine Bernie's People's Party is not listed.

To have a look at all early poll results from all of Canada's 338 federal electoral districts, click here.

Thu
15℃
Make Homepage Advertise with Us

3 different women attacked during separate incidents in Southern BC