They have names such as Split D's, Broke da Mouth, Carolina Reaper and Italian Stallion.

They are the four specialty, gourmet burgers on the menu at the new Split Decisions Craft Beer & Burger Bar at 467 Leon Ave. in downtown Kelowna.

"I wanted to bring a bit of my hometown of Melbourne, Australia to Kelowna," said co-owner Chris Broom.

"What we call 'gourmet handhelds' are massive in Australia. Everything on our menu at Split Decisions Craft Beer & Burger Bar is an incredible handheld from our four smash beef burgers and veggie burger to four hot dogs, four chicken sandwiches and a Maui short-rib sandwich." 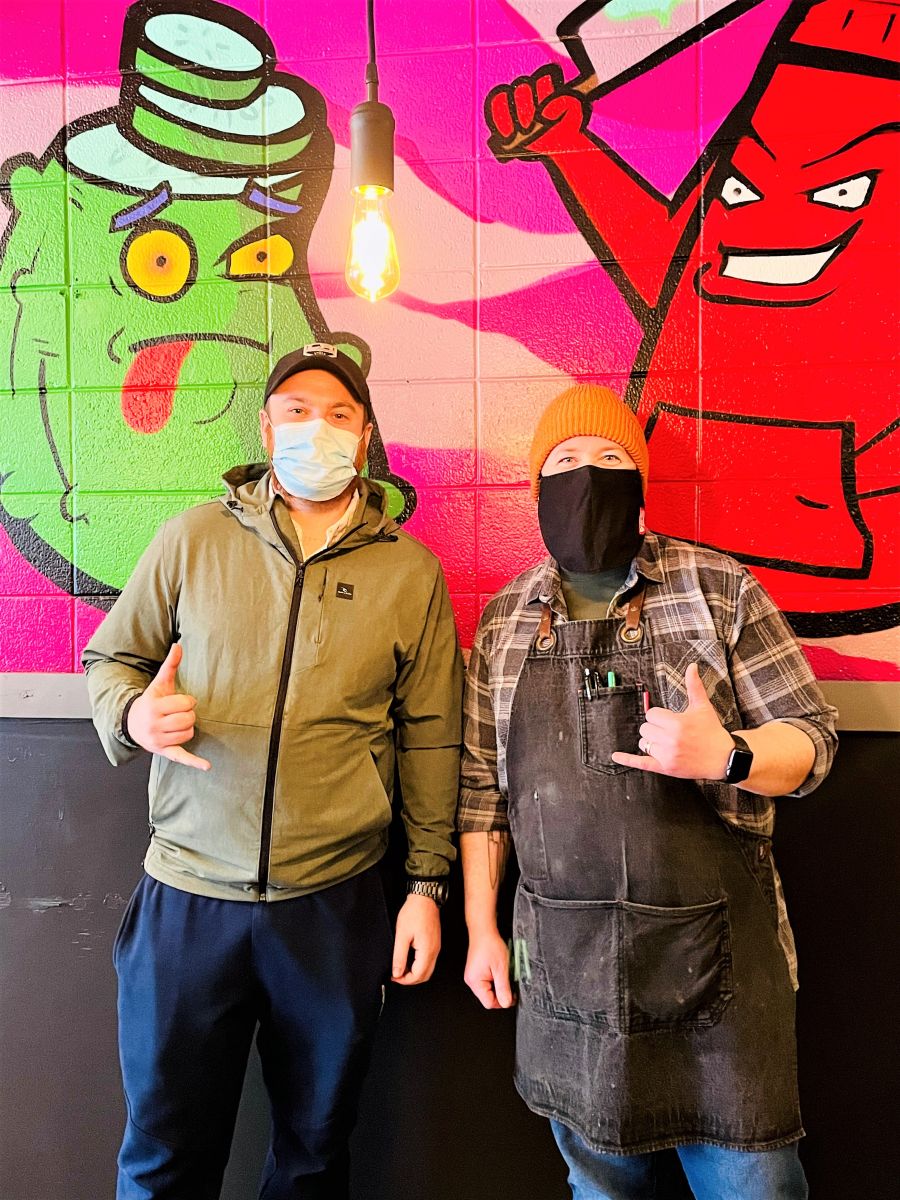 Today and this weekend, the grand-opening special is $9 for a single-smashed paddy Split D's burger with French fries and soft drink, a savings of $7 from the $16 the combo will priced at in the future.

Ten percent of all sales this opening weekend will be donated to aid BC flood victims.

The one snag so far is that Split Decisions is still awaiting its liquor license.

It hopes that's imminent so it can also start serving craft beers from local breweries Bad Tattoo, Slackwater and Neighbourhood and wines from Kelowna-based Peller Estates to pair with those handhelds. 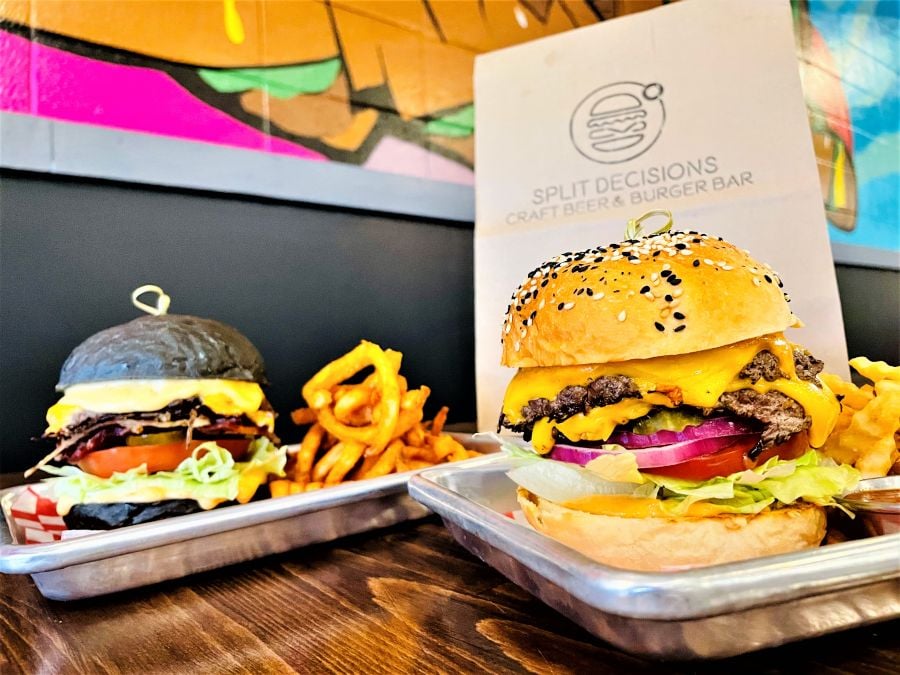 Some may recognize Split Decisions' location at 467 Leon Ave. as the former home of Renegade Kitchen, the restaurant that was forced to shut down last year because it refused to comply with the provincial health order to check vaccine passports.

"We have no affiliation with Renegade," said Broom.

"We just bought the location from them and will be following all the rules."

The space has also been renovated with new paint, graffiti art on the walls and upgraded bar.

By the way, the Split Decisions name is an apt play on words.

It's a boxing term referring to when there's a split decision amongst the three judges officiating at a fight.

However, a split also refers to a sliced bun that a burger patty or hot dog is stuffed into with all the fixings -- and your decision as to which one to choose to devour.

Empey also likes visiting Hawaii, so he was inspired to dream up the Broke de Mouth burger with smashed beef patty, soy-glazed Spam slice, cheese and grilled pineapple on a sweet bun and the Maui short-rib sandwich.

The Carolina Reaper smash beef-and-bacon burger is topped with Stoke the Fire hot sauce from Revelstoke in a black activated-charcoal bun.

The veggie burger is served in a bun that gets its pink colour from beets.

The Italian Stallion is a smash beef burger topped with some charcuterie meats and deep-fried mozzarella slice.

"We are local and we support local," said Broom.