Today, they're on the verge of opening a craft brew pub in the Okanagan. 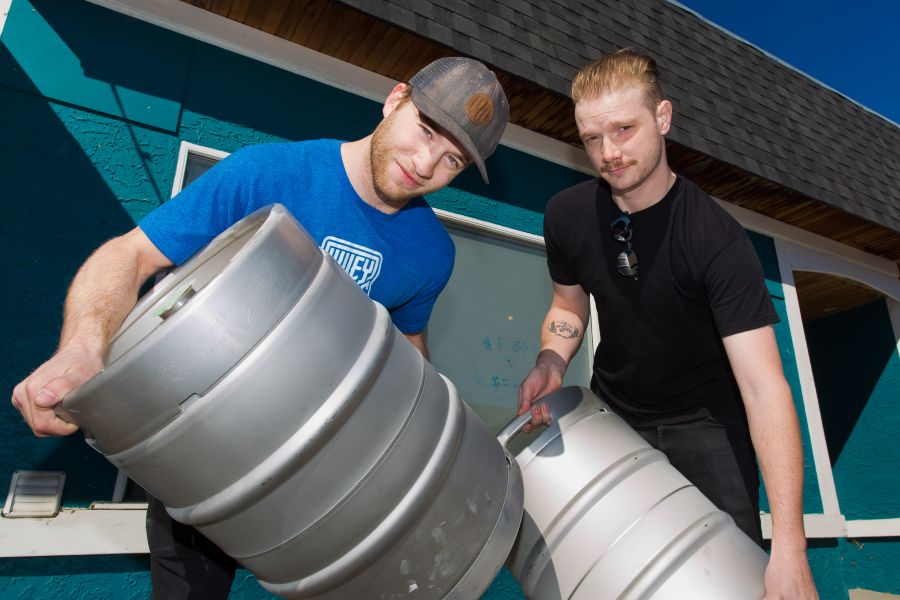 And while the concept of an upscale venue serving a variety of tasty craft beers and a selection of healthy menu items in the heart of uptown Summerland is certainly appealing, we couldn't help but wonder what brought two young guys 2000 kilometres from their hometown to run it. So we asked them.

And according to Rauer, it all started with their mutual quest for the perfect beer.

"My father worked for Coors his whole life. It's all I ever got to drink, and by the time I was in college I was pretty sick of it."

"But one day I had a beer from Vermont that was pretty rare in Colorado. And when I researched the brewery, I realized I probably would never have that beer again unless I went to Vermont. So I had to figure out how to make it for myself."

"When Owen and I realized there were certain beers we couldn't have full time, we figured we should just make them ourselves," Reiner adds. 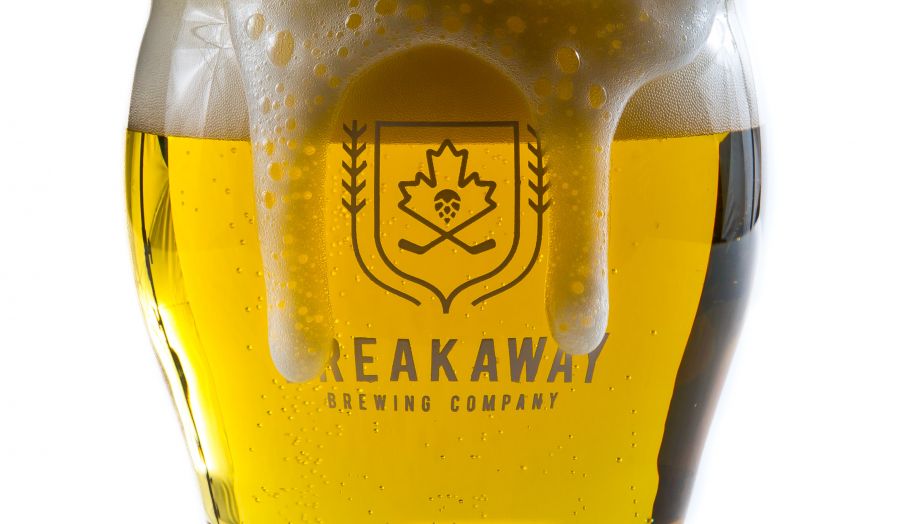 And that's what they started doing. Says Reiner, "We both just went head-first into the craft beer industry at the same time."

They each kept at it for several years, but the next step was the real question mark. Could they parley their mutual passion into a real business? And that's when they got an offer they couldn't refuse.

Turns out that years earlier, Rauer's father, who originally hails from Alberta and regularly brought his young son to Okanagan hockey camps in the early 2000s, had fallen in love with the region. So much so that in 2010 he'd purchased a condo on the Summerland waterfront and moved in.

"Not long after," says Rauer, "my father met Roch (Roch Fortin of Summerland's Maple Roch) and got to know him. He learned all about Roch's new maple syrup business and was so impressed that he wanted to invest. So he bought a building in which Roch could operate." 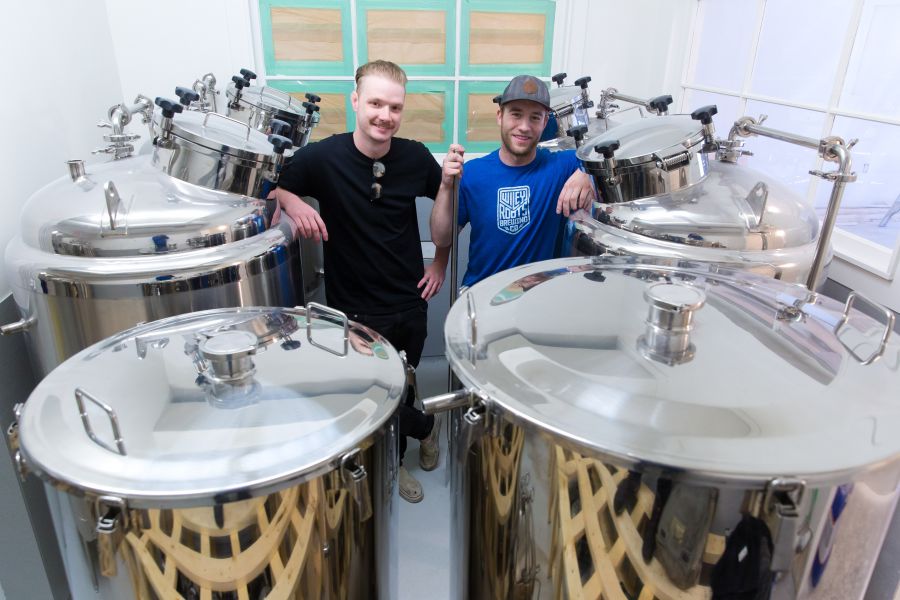 But there was a second space in that building. At the time, it housed longtime Summerland restaurant Cozy Bay Fish 'n Chips. According to Rauer, "My father kept them on with the same terms as the previous building owner, but last year they didn't renew their lease."

"And he wasn't sure what to do. He wasn't really interested in finding new tenants and being a landlord."

So Rauer and his father had a chat. "He asked me if I'd like to open a brewery in the space. For me, it was an amazing opportunity in a great town, and I had some investment money set aside to purchase the equipment I'd need." 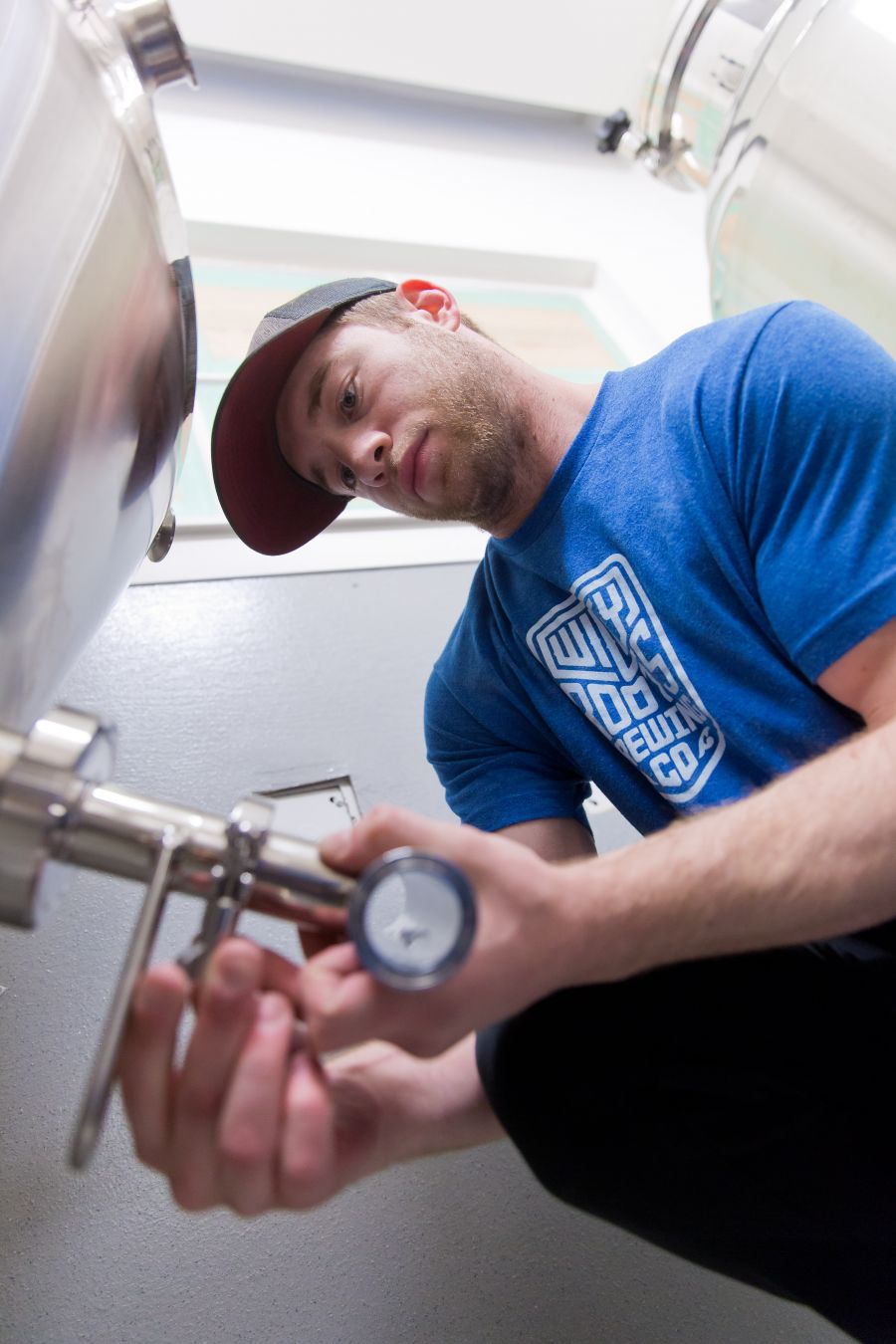 Later that year, Rauer asked Reiner, who'd now added a course in brewery operations to his resume, if he'd like to be a co-brewer.

Reiner says it wasn't a difficult decision. "He offered me a chance to come here and brew. So I sold my car, sold my belongings, and trekked up here. I got here in January."

Today, the old Cozy Bay Fish 'n Chips shop is in transition mode. It's not exactly pretty thus far, but it's on its way.

"We're a bit behind in renovations," says Rauer. "The building is pretty old, and a lot of stuff was grandfathered in." 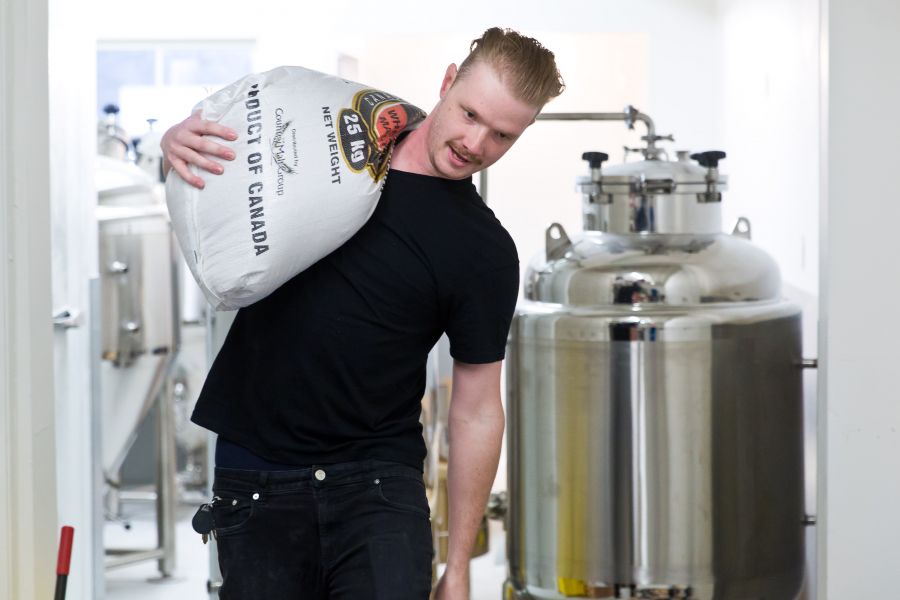 Says Reiner, "Every floor uncovered, every wall uncovered, there's been a new problem. We've found concrete on a layer of dirt on concrete."

When it does open later this spring, Breakaway Brewing will be far removed from an old school Canadian pub. It won't be dark, it won't be dreary, and it won't serve traditional pub food.

Says Reiner, "We're hoping to tap into a part of Summerlamd that really isn't there now. We want to be a fresh new face and bring a new vibe. Somewhere without large-scale beer and where you don't have to eat fried food."

To that end, the menu will focus on fresh, healthy alternatives such as sandwiches, pizzas, soups, flatbreads, and homemade pretzels. All will be created in house, and every attempt will be made to source ingredients locally. Says Reiner, "You won't need to take a bath when you leave our place."

And of course there'll be beer.

Reiner says they'll have four go-to varieties when they open. "Starting off we'll have a dry hopped pilsner, basically a German-style pilsner. Dry hopping is the process where you're not boiling your hops. You boil your hops, they become bitter. But otherwise they give off a more floral, more citrusy aroma." 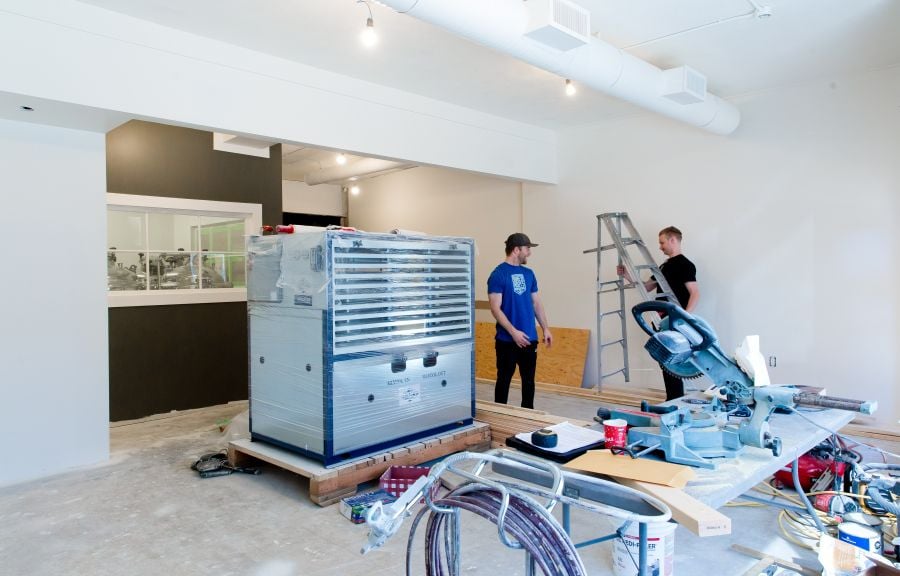 "We'll also have a pale ale. More of a classic take, a little more citrus-forward. And we'll have an IPA, and an oatmeal stout."

"Those will be the four we start with, but we have more than 70 recipes ready to go. Everything from a stout using pasteurized cookie dough, to a cream ale using vanilla and peaches. We're also in talks to buy wine barrels for wine barrel-aged beer."

By the time opening day rolls around, the venue will have seating for 36 to 38 customers in its 1200 square feet of floor space. But that may change when Rauer and Reiner complete a planned expansion at the rear of the property, where a dilapidated house - more of a shack, really - currently sits.

"Everything is temporary. That house is very old, and very rundown, and it's going to come down. We'll build a warehouse in there and put the brewery in there." 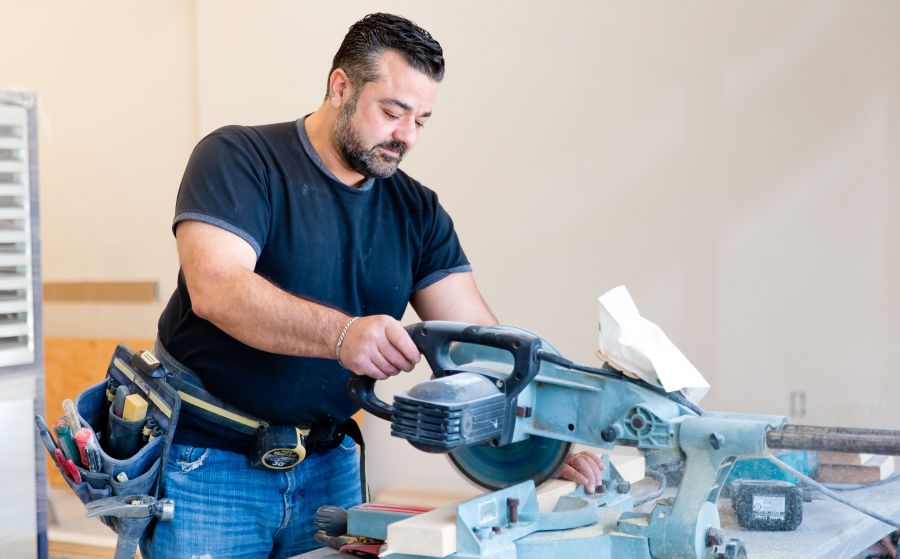 But some elements of the old home will be saved. Several of its windows, for example, will be removed and installed in the brewing room wall so Breakaway patrons can check out the setup. And much of the cedar siding will be incorporated into Breakaway's new bar. "So the decor will be a nice mix of new stainless steel, and reclaimed wood," says Reiner.

They may even source and install some old church pews. And there'll be TVs as well for sporting events.

Rauer and Reimer expect to begin brewing within the next couple of weeks, after their manufacturer's license is in place.

Says Rauer, "We bought the liquor primary license from Cozy Bay. We have a food primary as well. And sometime in the future we'll be getting a 'lounge endorsement' so we can sell off-site and to-go beer."

At this point, Breakaway's hours and days of operation are not fully decided. "We're thinking seven days a week to start, but that could change," says Rauer. "We'll probably open at 1 p.m. and close at 9 p.m."

One thing is certain. Breakaway won't be a loud, rowdy place. "We don't want to be associated with late drunken evenings," says Rauer. "We don't want obnoxious people hanging around outside. It'll be somewhere to get some good food and drinks - something like the way Cannery Brewing handles things. They shut down at 9, and people can hang in there 'til 10. It promotes a calm environment." 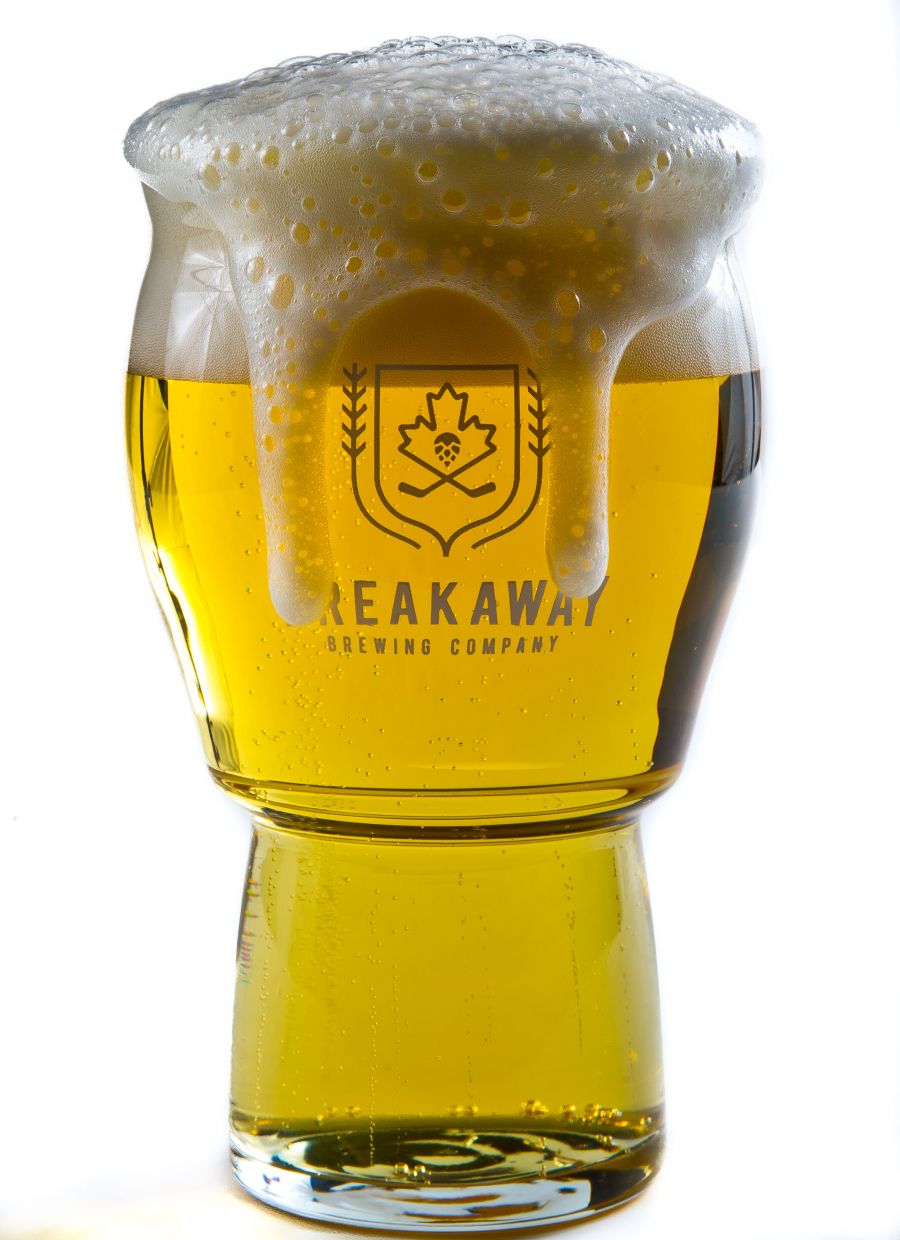 "Summerland is a quiet town. We want to bring some youth to it, but we don't want to disturb anyone."

At the moment, Rauer and Reiner are shooting for a late April/early May grand opening. But, they caution, there are still some minor hurdles to conquer. "We still have some stuff we need to be approved for," says Rauer. "We want to have all our ducks in a row before we open. So if we have to delay it to make sure everything will run smoothly, we will."

But mostly, the two Breakaway proprietors are brimming with excitement. According to Reiner, "The reception here has been incredibly warm."

"I'm thrilled to be here," adds Rauer. "When I first came up, I got my start at Cannery Brewing. They were world class, from brewing to customer service to ownership. They were the perfect way to get started here."

And they love the region. "The northwest is renowned for its hops," says Reiner. "The Yakima Valley specifically. And this being so close to it - that's something we picked up on right away."

We'll see just how extraordinary Breakaway Brewing is when it opens in a few weeks at 13220 Victoria Road North in uptown Summerland.