After Jason Hewlett’s adoptive parents passed away, this Kamloops man reconnected with his birth mother after two months of paperwork with Adoption BC.

He found many similarities with his biological mother who had been trying to find him as well, discovered he’s of German heritage and found out he had siblings and a larger family.

Resembling his adoptive parents, Hewlett did not suspect or know he was adopted until the age of 13.

“I can’t explain it but if you look at pictures of my adoptive dad in his twenties and photos of me then, it just made sense,” said Hewlett.

He explained that the only difference he noticed was that his adoptive family were a family of builders and carpenters. However, his interests were more in the creative field, like writing, drawing, art, theatre and film. 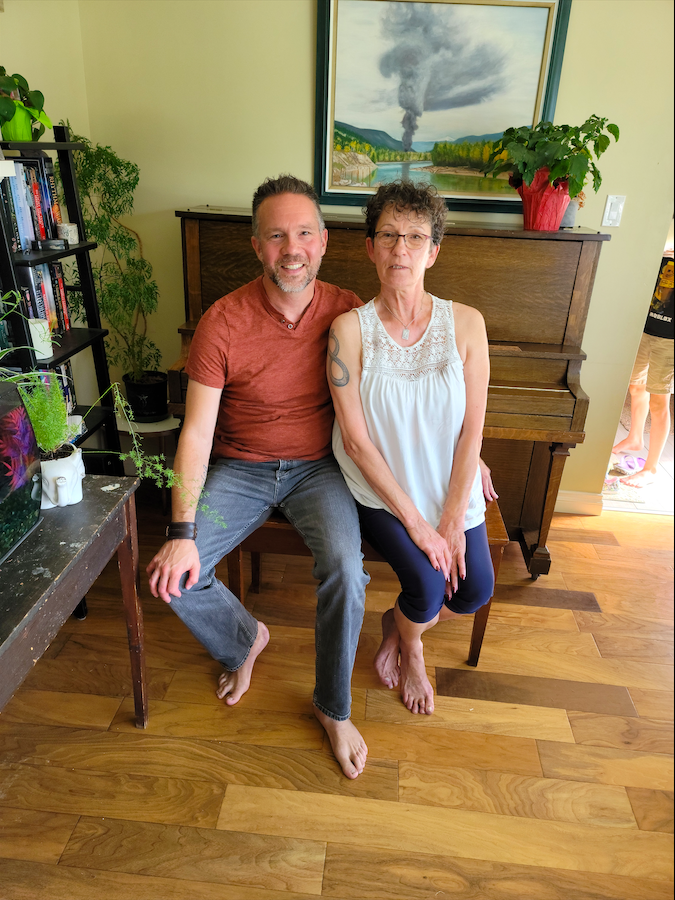 It was after the death of both his adoptive parents, his father in 1991 and mother in 2018, that he decided to search for his birth mother.

“It wasn't really until I was cleaning out her safety deposit box, clearing out all her accounts and settling her estate that I came across paperwork from when I was adopted," he told NowMedia.

"It had information on my birth mother and father and a few other details, so that was what got me really thinking about it.”

Almost 50 years later after being adopted as a baby in 1972, Hewlett decided it was time to find answers.

When asked what took him 50 years to decide to go on this search, he replied that he was quite content with his life, and that the Hewlett family never discussed it.

“You go through something like a global pandemic, anything can happen. Maybe I’d like to know if she’s still out there and what other family I could have and what would they be like,” he added.

So, he put the paperwork in and went through the process with Adoption BC for a passive search, which is when both parties are looking for each other and it becomes a match up. The opposite would be an active search, which means someone from Adoption BC is out seeking family members.

Hewlett found more than he was expecting.

His biological mother Barbara Chamberlain had her name there for years and was living in Victoria, around six hours away from his home.

“I got contacted from adoption BC saying yes we’ve made a match, would you like to proceed? And so we filled forms, and it was right after Easter that things took off from there,” explained Hewlett.

The process to connect with his biological mother took two months.

“I thought this would be something that would take years but once I got the paperwork in and sent it off, and of course during this pandemic, you can't really do anything in person it was just emailing and sending documents, but it took two months.”

Both Hewlett and Chamberlain eased into getting to know each other and decided to email first for about a week before starting to talk on the phone because it was more convenient.

“All that Wednesday morning I didn't know what it was going to be like and I was quite nervous," Hewlett recalled. "But as soon as we talked on the phone, it literally just clicked. It's like knowing someone your entire life even though you didn’t know a thing about them."

He explained that there was natural comfort and chemistry, and that they shared laughter within minutes of talking. But Hewlett would discover another surprise; he wasn’t the only child.

Hewlett told NowMedia that he put a post up on his Facebook about his story and started receiving messages from relatives he did not even know about or had connected with. 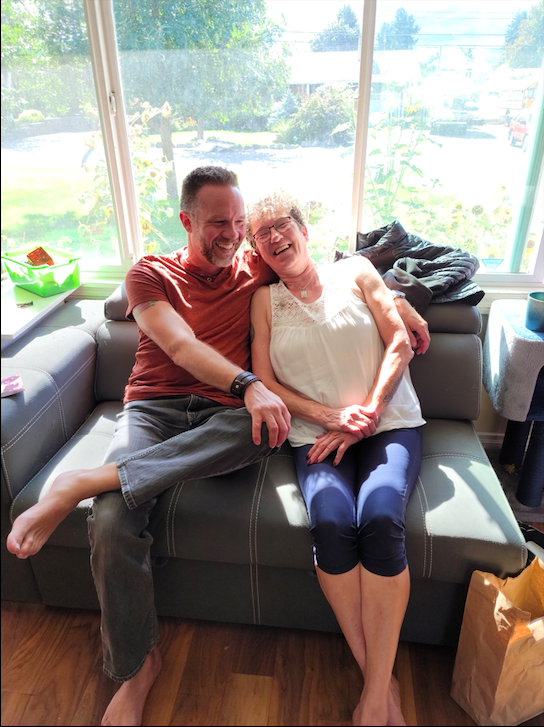 "I went from having a very small family to suddenly having this bigger family with a brother, sister, three nieces and now these cousins and people coming out of the woodwork which is great,” he noted.

Hewlett recounted his first time meeting his biological mother: “When we first met, the first thing she did was just look at me. She just held my head and looked at me and just started taking in every detail, which was quite amazing.”

He said it’s been very easy for them getting to know each other.

On his first trip to meet Chamberlain, he went to Vernon and discovered a new fact about himself after meeting her and her niece.

“She’s German, so I’m of German heritage," explained Hewlett. "We cooked a traditional meal and it was a lot of fun to do that.”

His family has been supportive towards him and his journey.

“My son thinks it's really cool now that he has an uncle and aunt, grandmother, cousins that he can meet eventually," he said. "One of them is his own age, which I think is pretty cool,”

In another twist, Hewlett said he watched his brother play for the BC Lions and the Saskatchewan Roughriders during his five-year CFL career, before discovering that they were even related.

In terms of the similarities he noticed with his biological mother he said: “We’re both tall and slim, both like the same kind of books and movies, are both high functioning introverts and have similar personalities and a similar sense of humour.”

He admitted that after finding his birth mother, a lot of things in his life make more sense, and advised that all those searching for their biological parents or children to “keep an open mind and temper expectations.”