(UPDATE: June 30 @ 3 pm) - The BC Wildfire Service continues to deal with an out of control fire southwest of Kamloops.

According to Fire Information Officer Kyla Fraser, the Kanaka Bar blaze has grown to 2.5-hectares in size and is still out of control.

"That one was a fire started by lightning in the Kanaka valley area," said Fraser. "It's in a very steep, kind of difficult area to access. The fire is about a kilometre and a half up-slope."

"We had some crews in there that were able to access it from the ground, but it was very difficult so we had some of our repel crews assisting as well. That fire is now about 2.5-hectares in size. We did have some air tankers respond to it yesterday, again, just because of the location that it's in."

(Original Story: June 30 @ 10:15 am) - The BC Wildfire Service is currently dealing with two incidents in the Kamloops Fire Centre.

According to the service, one blaze sparked on Saturday southwest of Kamloops, near Kanaka Bar. That fire is an estimated hectare in size. 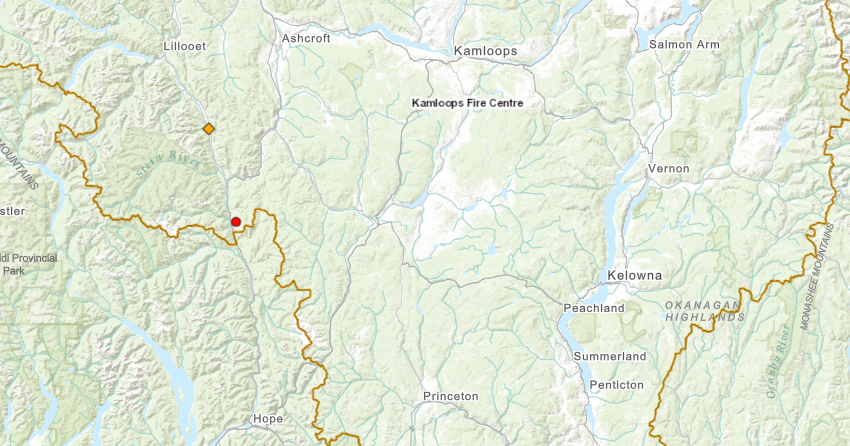 At this point, the cause of the blaze is unknown, though it is classified as "out of control."

A second fire popped up this morning on Hwy 12, just south of Lillooet. It's still "new" and less than a hectare in size.

NowMedia has reached out to the KFC for more information.