A woman was left unconscious and lying in the street after she was allegedly struck in the head by a bouncer at Cactus Jack's Nightclub on Saturday night.

According to a designated driver who witnessed the scene, the alleged incident occurred after a patron was kicked out and asked to get back into the club for his missing jacket. The man proceeds to step off the curb to put on his shoes when a bouncer shoves him to the road.

The witness adds that after the man was slammed to the ground, a woman came up to the bouncer and began asking him questions before the bouncer allegedly punched her in the face.

"This bouncer slammed a guy on the ice in the middle of the road for asking for his jacket back," said the witness. "And then another girl came up and asked him what he was doing that he deserved it and the bouncer punched the girl in the face."

"She was knocked out cold for four minutes and the bouncers didn't even go check on her. She was face down in the middle of the road in the ice and slush... I felt threatened to go over there, literally the guy was pointing at me, telling me to put my phone away." 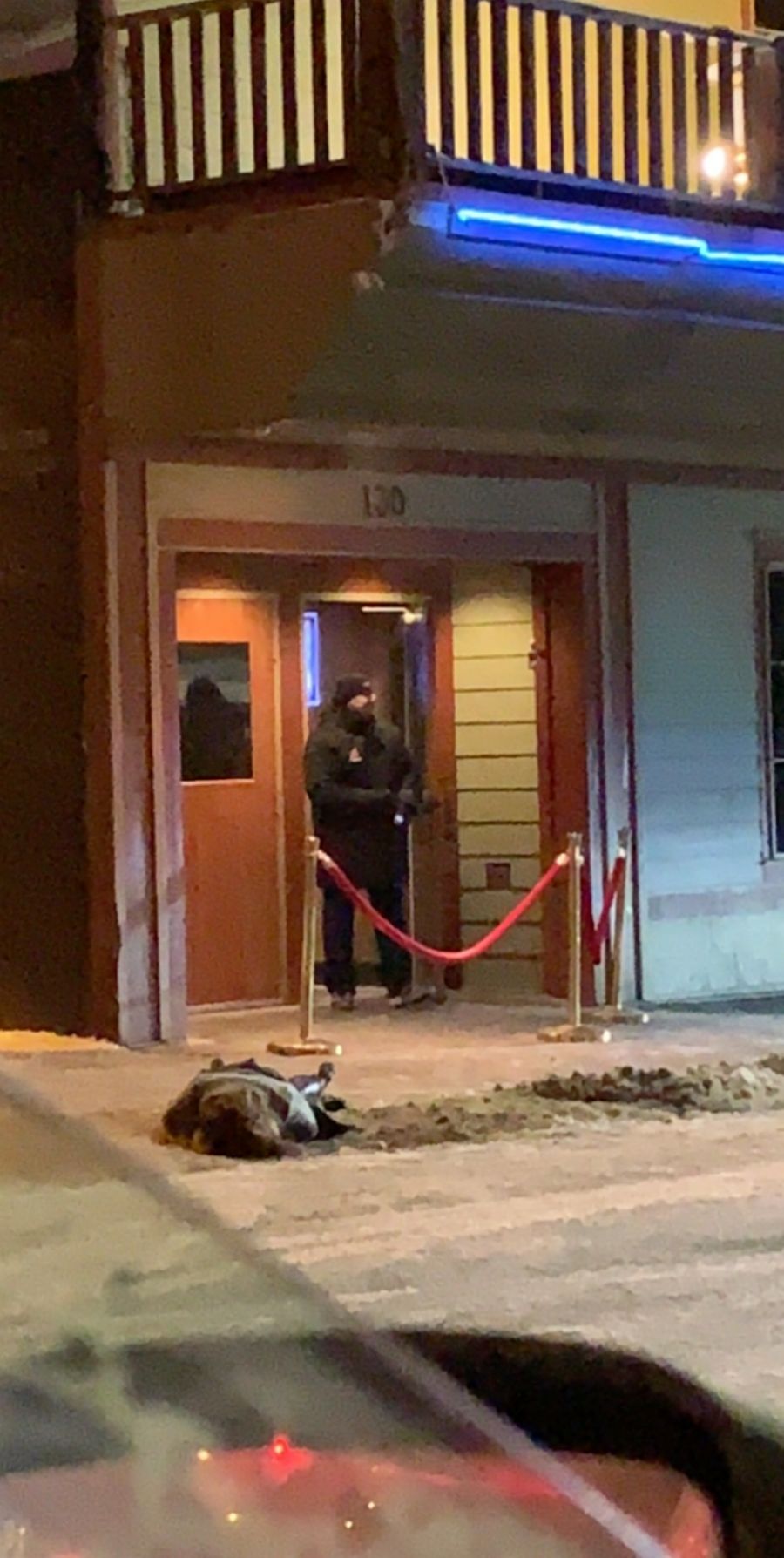 According to Kamloops RCMP Cpl Jodie Shelkie, police were called to the scene but no one was arrested. Shelkie adds that police have spoken to all parties involved and no charges are coming forward.

"First of all, we weren't called by the victim," said Cpl. Shelkie. "When we located all parties involved, we have to look at what evidence there is, and also if no charges were requested and there was no evidence to follow up on anything."

"If someone has requested charges and there is evidence to support those charges, then we would follow through."

Cactus Jack's owner Jordan Landry explained that he didn't believe the video and photo were linked together. He mentioned that he knows the gentleman was asked to leave for being rude and that the bouncer was attacked by the woman who appeared to be extremely intoxicated.

"I did see the video, I'm not quite sure what was said," said Landry. "The female was never inside Cactus Jack's, she was heavily intoxicated coming from some other establishment and she was denied entry, and was asked to step off of the premises because she was blocking the entrance."

"She refused to do that and punched my bouncer in the face, and he defended himself and she fell to the ground and possibly hit her head on the ground. So my bouncer went and got two nurses and were paying attention to her. There is no way my bouncer hit her, he was defending himself from her attack on him."

NowMedia will update this story if more information becomes available.