Over 20,000 Cans for Kelowna Charities in These Impressive Sculptures 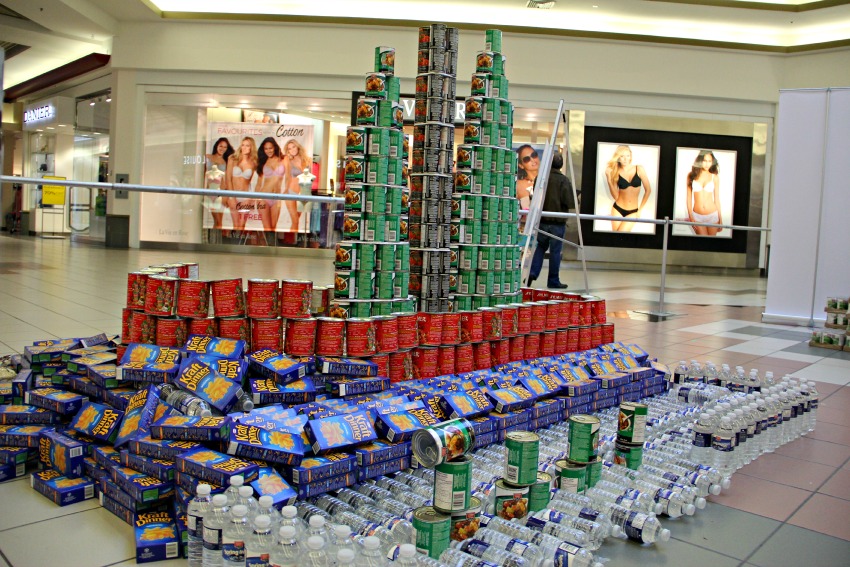 The Enactus team built this clipper as their entry. (Photo Credit: KelownaNow)

The Orchard Park Shopping Centre has some new attractions thanks to the 6th annual Canstruction event.

Giant structures are rising can by can at the mall in support of those in need. Canstruction Kelowna, an annual competition, asks teams to use canned goods to create amazing sculptures while highlighting the issue of hunger in Kelowna. Each team is assigned a designer and architect, and then they create some amazing structures inspired by the theme, “Uniquely O-CAN-agan”. As a result, the mall now has some a giant wine bottle, a sailboat or two, as well as some lovely orchard trees made of cans in both the Apple Court and Skycourt. 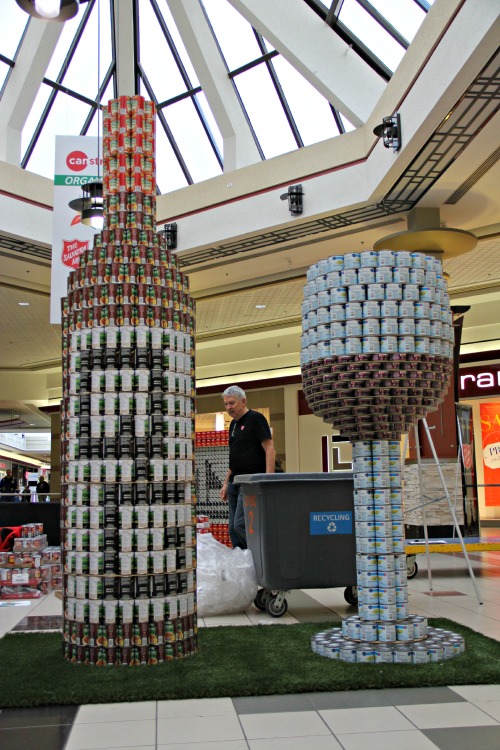 Kelowna Jaycees made their contribution a nod to the amazing wine country of the Okanagan. (Photo Credit: KelownaNow)

Eight teams are competing, with the judging and ceremony on Thursday, February 19th at 5:30 p.m. They'll be facing off for several coveted titles: Honourable Mention, Best Use of Labels, Structural Ingenuity, Juror's Favourite, Best Meal, and People's Choice.

Over 21,000 cans are used in the sculptures, and every bit will go on the shelves of the Kelowna Community Food Bank, Westside Community Food Bank, and Kelowna Salvation Army. Since sculptures are penalized for using junk food or pop, the cans are filled with lots of fruits and vegetables as well as lean proteins. The different teams had to come up with the cans themselves, with some businesses buying what they needed while school groups and other organizations did food drives for specific cans. 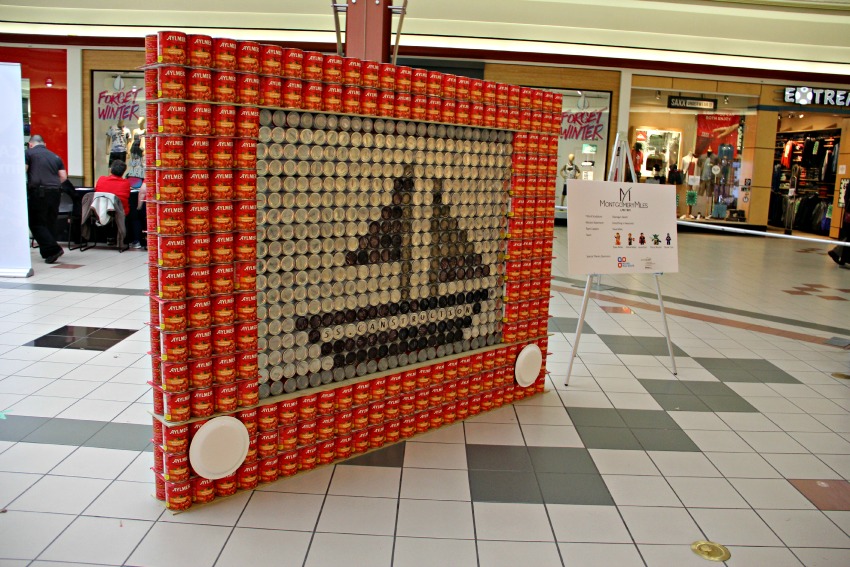 The S.S. Canstruction in an Etch A Sketch was a fun contribution from Montgomery Miles Law Firm. (Photo Credit: KelownaNow)

“The energy when they're building is exciting,” said Lenetta Parry, Executive Director of the Kelowna Community Food Bank. “The cans are being ripped open and people are trying to build. A team is only allowed to have a maximum of five people building at one time, so they're tagging each other out. It's a great team-building exercise. Sometimes they'll start and the cans will fall, and then they'll have to start again.”

The builders have to be very careful with their structures, making sure that the cans are aligned and the weight is evenly distributed. 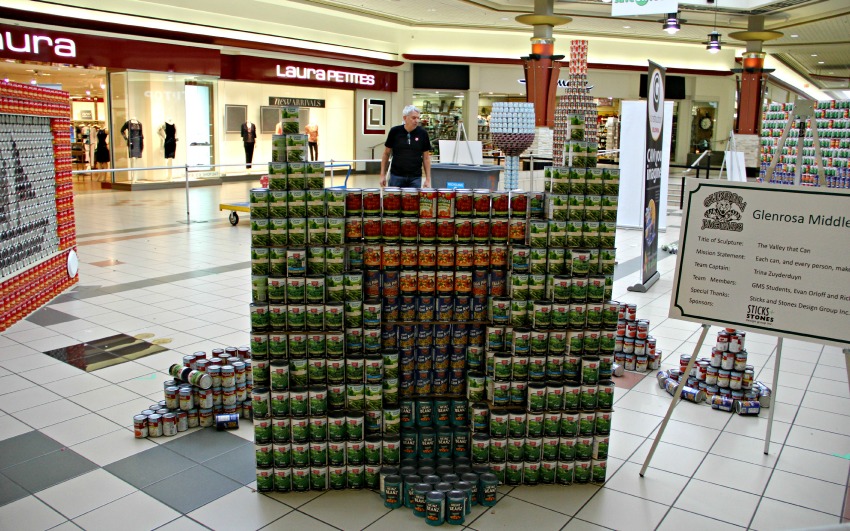 Sonia Withers, the Community Ministries Outreach Coordinator at the Kelowna Salvation Army, loves this event for bringing people together. “The best part for me is hearing people's stories who have been touched, maybe when they were younger, who needed food.” Now, she says that those people want to give back into the community because of how they've been impacted in the past.

The builders themselves are enthusiastic as well. “In a way, it's priceless when you're able to do something like this,” said Paul Rush from the mall's team. “You can see from all the structures how much food goes to people who need it. I think it's an amazing event.” 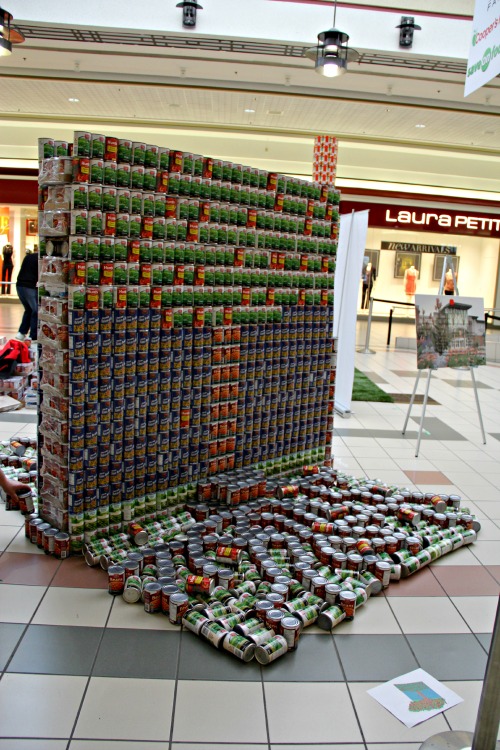 Orchard Park Mall did an apple tree showcasing their roots to the community. (Photo Credit: KelownaNow)

Head over to the mall yourself to check out the finished sculptures in person, and bring along a non-perishable food donation to help the cause. 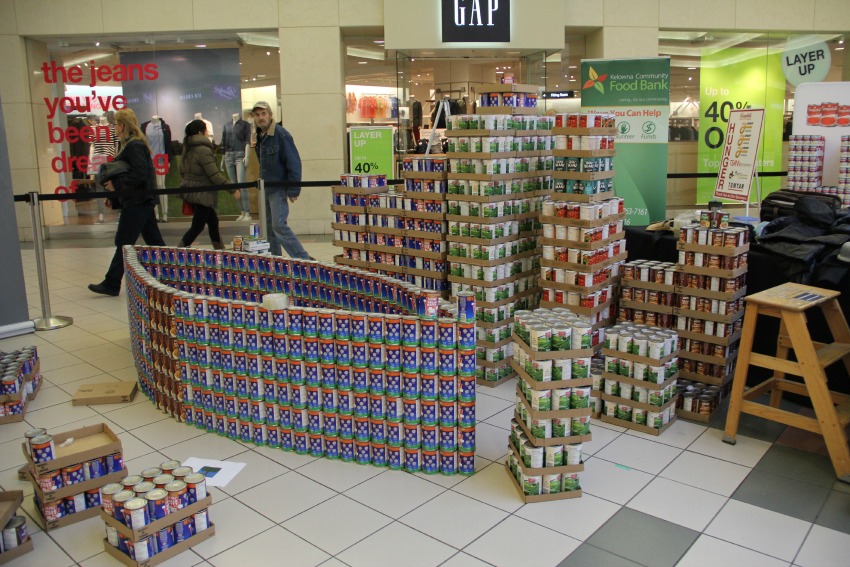 The Save-On and Cooper's team were hard still in the middle of their sculptures, creating a wine bottle, a golf ball, Summerhill Pyramid, and a tree. (Photo Credit: KelownaNow) 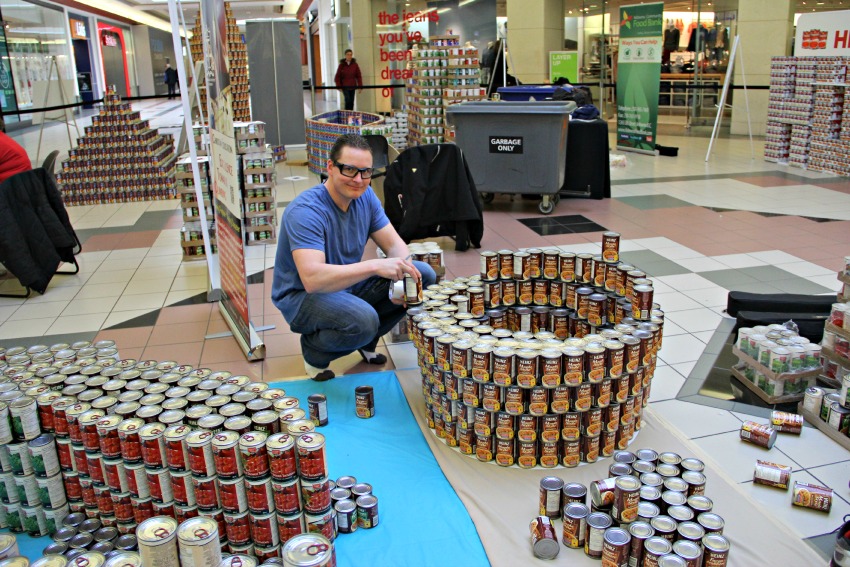 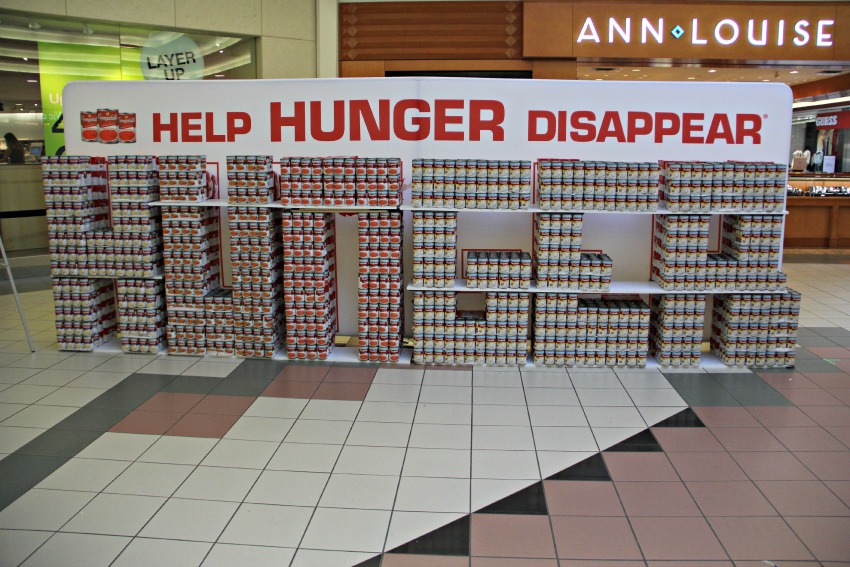