Confusion and Rumours Cleared Up Regarding Lake Country Corridor

It's an investment for the future, said Lake Country Mayor James Baker in a conversation regarding the rail trail project, but there's a lot of misinformation on the subject.

The February 23rd deadline for Lake Country citizens to voice their concern against the District's acquisition of the rail trail corridor is fast approaching, and as it stands there are approximately 200 residents making their mark on the 'no' side of the line.

Despite voicing opposition, Mayor Baker said there's been more positive feedback than negative and he believes a lot of reluctance surrounding the project stems from misinformation, so in a conversation with KelownaNow, Baker clarified the major points. 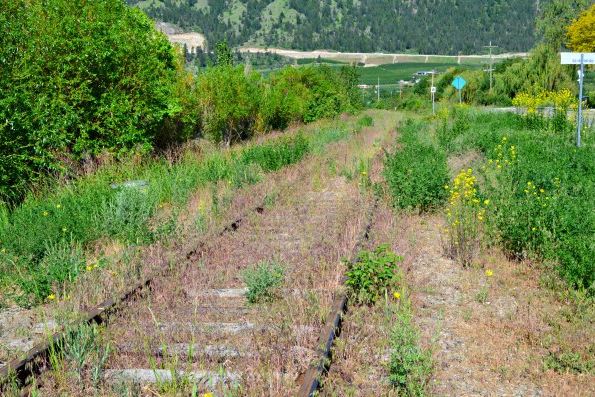 The total cost of the rail trail corridor that runs through Lake Country amounts to $5.1 million; however, due to a memorandum of understanding with Kelowna, Lake Country tax payers will only account for 50 per cent of the cost upfront.

The memorandum of understanding with Kelowna is an interest free loan that will extend for at least three years, potentially longer. If Lake Country fails to fulfill the memorandum of understanding with Kelowna, the portion of the rail trail under the memorandum will remain in the hands of Kelowna. In short, the “loan” can be described as a sort of investment for the City of Kelowna, as they will own 50 per cent of the corridor in the event that Lake Country cannot eventually return the money.

Although confusing, Mayor Baker believes this project is important for not only Lake Country, but the entire Okanagan region.

“Most of the responses we're getting are saying it's a good investment for the future and it needs to be done to protect that corridor,” said Baker.

“Lake Country is one of the fastest growing regions in the area, as are the adjacent communities, and we need to plan proactively to manage this growth. With the potential for a return on investment to increase our tax base, enhance existing businesses, encourage the growth of small businesses, and increase the livability of Lake Country, this corridor will be a tremendous asset for taxpayers today and for generations to come," added Baker in a letter to the editor. 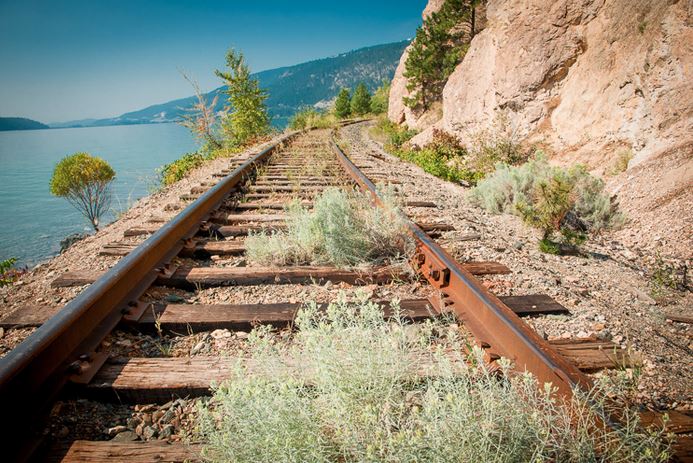 Wherein contentions lie regarding the rail trail sale is in the convoluted land claim rights to the corridor between the Okanagan Indian Band and the federal government. In a conversation with Chief Byron Louis from the Okanagan Indian Band, he shed some light on the circumstances surrounding a Commonage Reserve that runs right through the proposed rail trail sale property.

The Commonage was one of a number of reserves that was created around 1877 to 1878 by a joint commission, including a federal and provincial representative, as well as an independent representative. Approximately three years later, there was a push to open up the reserve land to allow access for settlers, which was done without our consent, explained Chief Louis.

In short, the Commonage land does not fall under the treaty entitlement process in light of reconciliation, as the original agreement established was through a joint commission. However, according to Chief Louis, the federal government took this loophole as a means to walk away from the bargaining table.

Inherent issues aside, the Okanagan Indian Band has been in constant discussion with the communities involved in the Rail Trail project and sale, however; they’re essentially advising caution.

“The underlining issue is buyer beware because one of the things you’re buying is property that does not have clear title. I think that should be something that’s taken into consideration with any type of purchase,” said Chief Louis. “You wouldn’t buy a house that doesn’t have clear title or questionable title, because that’s a large investment. That’s always been our position on the [rail trail sale.]”

Mayor James Baker fully understands the gravity of the Commonage claim and is hoping that the federal government will reach an agreement with the Okanagan Indian Band over the unsurrendered land.

“We recognize the aboriginal title of the land rights in our community,” added Baker.

In a conversation with Michael Mercer, the Director of Engineering and Environmental services for Lake Country, he said that if the rail trail acquisition is to move forward the District will engage in consultation with the community on development procedures.

If the rail trail project for Lake Country is quashed, Mayor Baker said there will be a budget amendment. As of now, the $2.6 million for the project is in the budget scope.

If there are any questions left unanswered, Mayor Baker reminds residents they are welcome to contact Lake Country Council or visit their website.