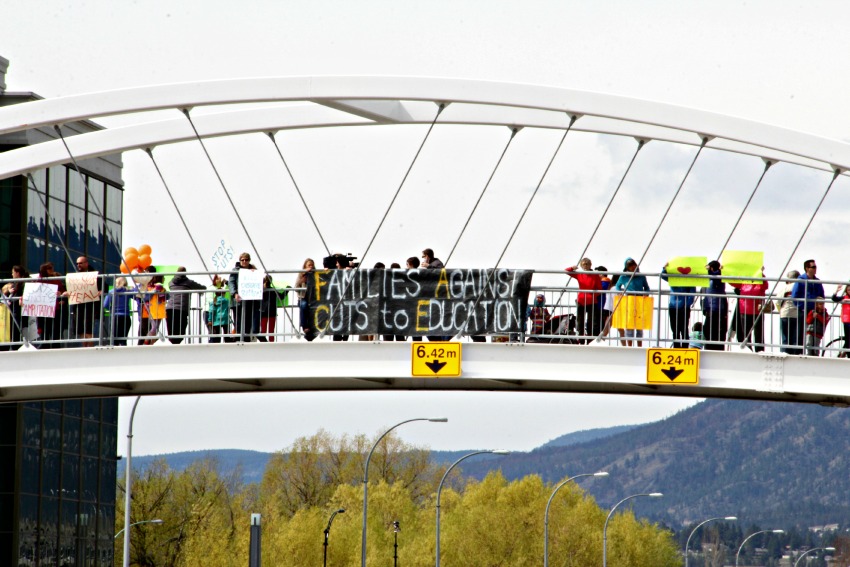 Drivers were honking and waving to support the families in their protest. (Photo Credit: KelownaNow)

Kelowna families rallied Sunday afternoon to show that they were willing to stand up for public education.

Parents, teachers, and children alike gathered at the pedestrian overpass at Parkinson Recreation Centre to protest recent cuts to public education, including the demand for school boards to cut administration costs. The family-oriented rally was organized by local parents as part of Families Against Cuts to Education (FACE), and was held in conjunction with rallies in Vancouver, Victoria, Nanaimo, and other communities. The event was non-partisan, and several participants stressed that the group was of mainly middle class parents who were ready to stand up for their children’s education. 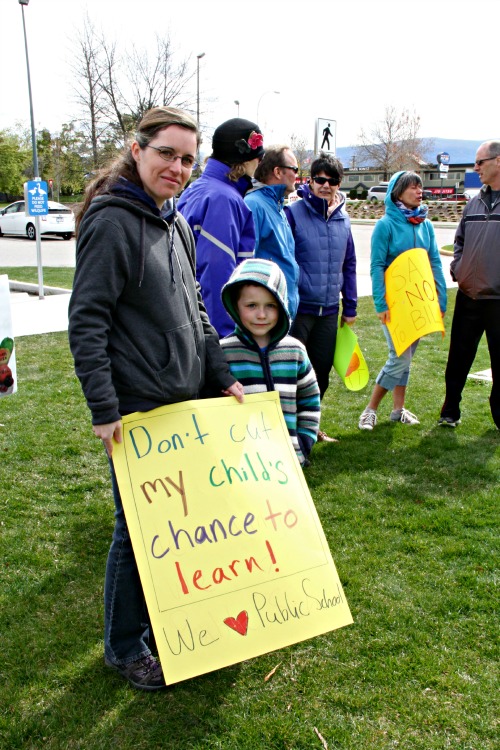 A Kelowna mother with her son, ready to stand up for B.C.'s public education system. (Photo Credit: KelownaNow)

Shelley Courtney became involved during the B.C. teachers’ strike in 2014 and helped to organize this event. A mother of two, Courtney’s goal for Sunday’s march was a greater awareness for families. “A lot of parents don’t realize they have a voice and that it’s important for them to speak up as well and defend public education.” 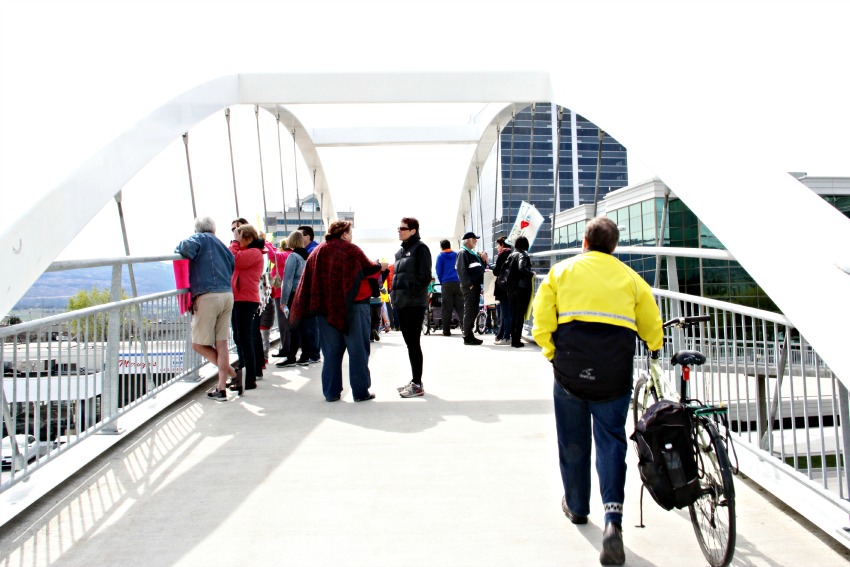 The pedestrian overpass near Parkinson Rec Centre was filled with those passionate about public education. (Photo Credit: KelownaNow)

The crowd of participants applauded as she spoke earnestly about standing up to provincial cuts. “It’s time for the families of B.C. to find their voices and say ‘Enough,’” said Courtney. “We don’t want more cuts to education. There is no more low-hanging fruit to be found in school board offices, Premier Clark. The low-hanging fruit is in Victoria.”

Recently, the school board for SD23 wrote to the provincial government, saying that the demanded cuts would affect every student in the district. Education Minister Peter Fassbender was in Kelowna on Friday for a forum on how to support innovative learning. 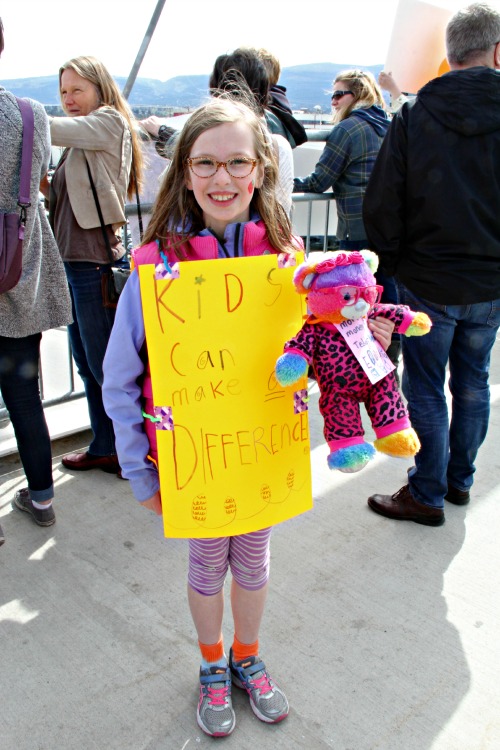 This girl had a sign for herself and her stuffed animal. (Photo Credit: KelownaNow)