The History of Rattlesnake Island and the Peachland Castle

The Okanagan has its own piece of history, drama, and mystery, but few know the actual details surrounding Rattlesnake Island.

The small island is located on Okanagan Lake directly east of Peachland and is said to be the home of the Ogopogo, but there’s a much bigger story associated to the island. And this one is a true story. The land and shore surrounding the island is now part of Okanagan Mountain Park, but that wasn’t always the case. 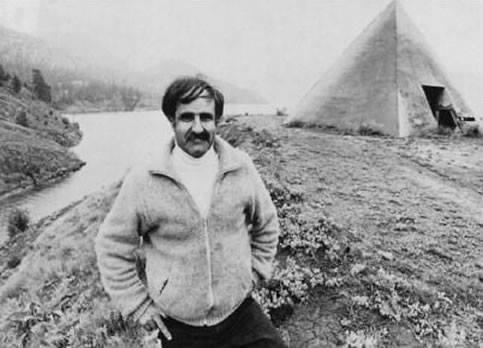 Eddie Haymour would have had his dream come true if it wasn't for the BC government (Photo Credit: Old Kelowna)

In the 1970s, the island belonged to Eddie Haymour, and he dreamed of developing it to become the Okanagan’s most exciting tourist attraction. The island was set to have a mini-golf course, replica pyramids, restaurants, and a giant camel, but that did not happen.

Haymour complained that the provincial government was out to get him and would share his conspiracy theory with anyone who would listen. It all began when Haymour moved his family from Edmonton to the Okanagan looking for a new start on life. He had run successful businesses in Alberta but decided to move his wife and children to Kelowna and began to form a new dream.

He purchased Rattlesnake Island and planned to build an Arab themed tourist attraction on the island. The businessman dreamed of ferrying people from Peachland to the island but the dream died. He began construction, the remnants can still be seen today, and the provincial government stepped in and shut him down. But Haymour was adamant and opened his park in 1972, although unfinished, over 700 people attended. 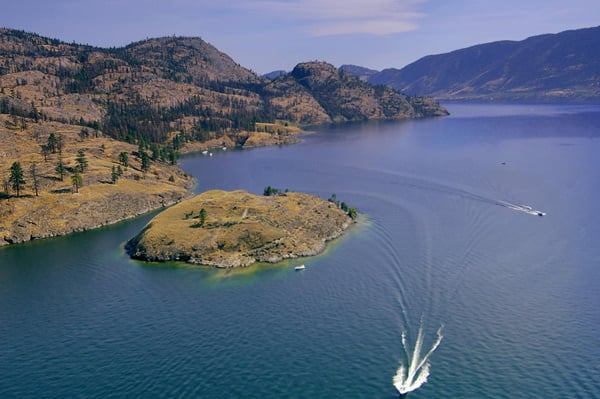 The government was insistent though, and went beyond their authority, their actions resulted in the Royal Bank withdrawing Haymour’s bank loan. His project fell apart. The government then offered to buy the island from Haymour for a mere $40,000 but at this point Haymour had already sunk $170,000 into his now failed project. The interference from the government left Haymour broke, his wife took the children and left him, and his life was ruined.

Haymour was determined to turn things around and went back to his home country of Lebanon and asked officials with the Lebanese government for help. They wrote to the Canadian government asking for a fair settlement for the land, but that did nothing. Haymour then began talking about revenge and how he planned to get back at the government by threatening letter bombs. He was arrested by the RCMP, although no threat was ever actually found, and forced to sign his land over to the government for the $40,000 settlement. 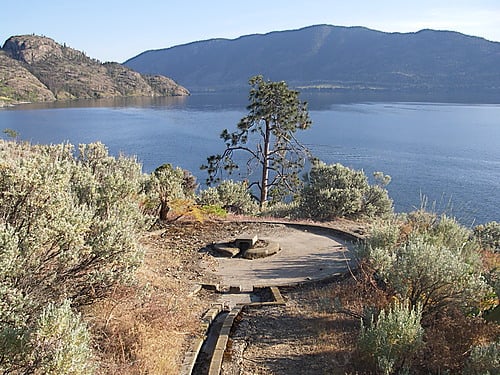 Haymour ended up leaving the country, but he wasn’t finished with the unjust and unfair deal handed down by the provincial government. He decided to seize the Canadian Embassy in Beirut with the help of his cousins. They waited for the right moment to take action and when they seized the Embassy they took 34 hostages. After a nine hour standoff he was assured he would not be prosecuted for his actions and the government would pay for his return to Canada to settle the disagreement with the provincial government.

Returning to Kelowna, Haymour’s legal process proved to be a complicated and expensive process. In the end a BC Supreme Court ruling was handed down, it was ruled that the provincial government has conspired to stop the theme park project and their actions were deemed “highly improper if not cruel”. Haymour was awarded $250,000 in compensation but he was not given the island back. It was a small victory for the mistreated business man. 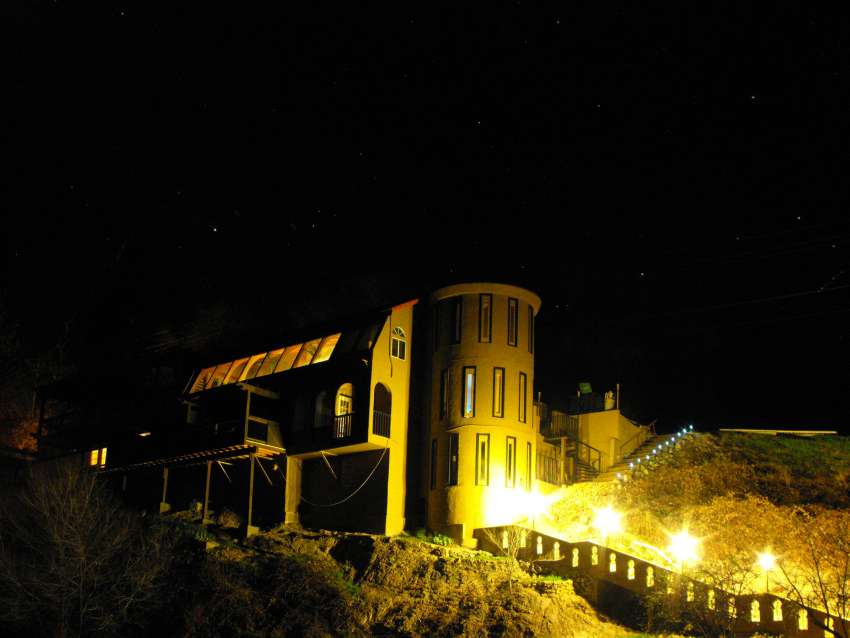