Okanagan Women Making Headway In The World of Sailing

Women are making waves in today’s male dominated sailing world, but there are still a few knots yet left to travel.

“Women only came into Olympic sailing in 1988, and then after that it really was boasted up,” said Skipper Gillian Hayward. “It’s not as male dominated as it once was, and although it’s a physical sport, it’s also a mental sport. [That] evens out the playing field a little bit and women can really hold their own against men in this sport.” 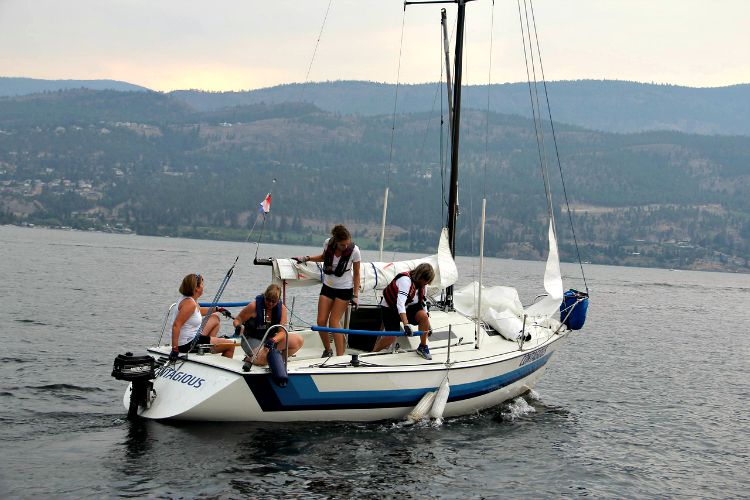 Hayward has a long history with the Okanagan sailing community and has been competing in international sailing competitions for years.

In an interview with KelownaNow.com, Hayward hashed out what it’s like to be a woman in the sailing world, emphasizing that if more women were given the opportunity to practice on the helm (the mechanism that steers the boat), they would surely gain the courage to take charge and navigate any sailboat through choppy waters.

“It’s a confidence thing, and the only way to get better at being a woman skipper is to have time on the boat,” added Hayward. “There’s a bit of a limitation when it comes to gender roles: as soon as driving comes into play, men take over, and you see that sort of thing everywhere and it also rolls over into sailing.” 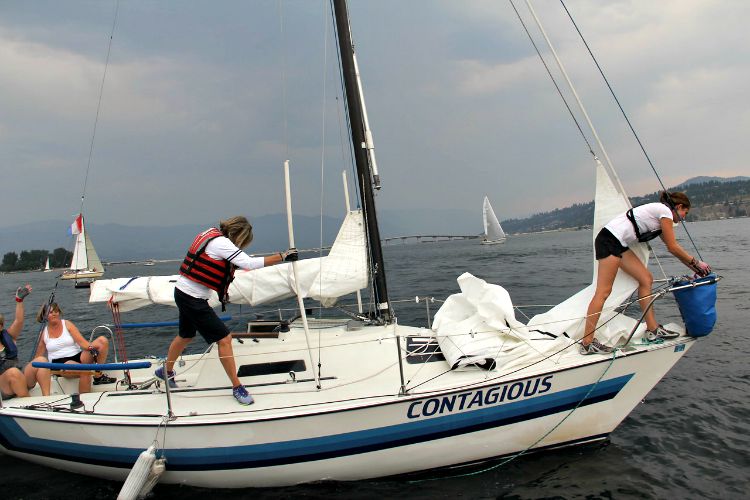 Local sailor Sarah Morris-Probert also fell in love with the art and sport of sailing; albeit a bit begrudgingly.

As an adaptive ski instructor during the winter, she was encouraged by her work mates to join sailing.

“I went out and I was so bored,” said an amused Morris-Probert. “I’m like, I rearranged my life to get out here and this is terrible.” 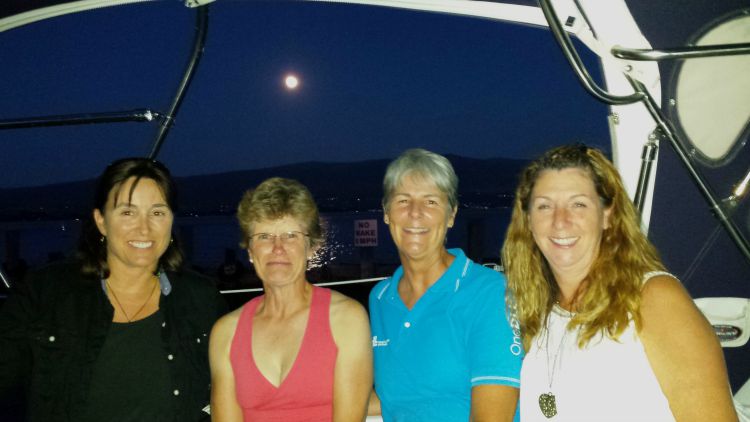 Sarah and her crew. Sarah is the woman to the left, along with Tracy, Jen, and Diana. (Photo Credit: contributed.)

Despite her first not-so-fun time on the water, Morris-Probert decided to give sailing another go, and after joining the Disabled Sailing Association at the Kelowna Yacht Club, she was hooked.

As a paraplegic, Morris-Probert faces a few challenges of her own while out on the water, but nothing that can’t be conquered head on.

As skipper, Morris-Probert grabs a hold of the helm with one arm and uses the other to stabilize herself. Getting around the boat might be a little tricky, but for the most part, Morris-Probert and crew use a cooler to move side to side.

Despite some physical impediments, at the end of the day, sailing is all about using your brain.

“It’s a game of chess and I have a lot to learn,” said Morris-Probert. “I’m a fairly new sailor, so I’m learning how to read the wind and see where we’re going on the lake.” 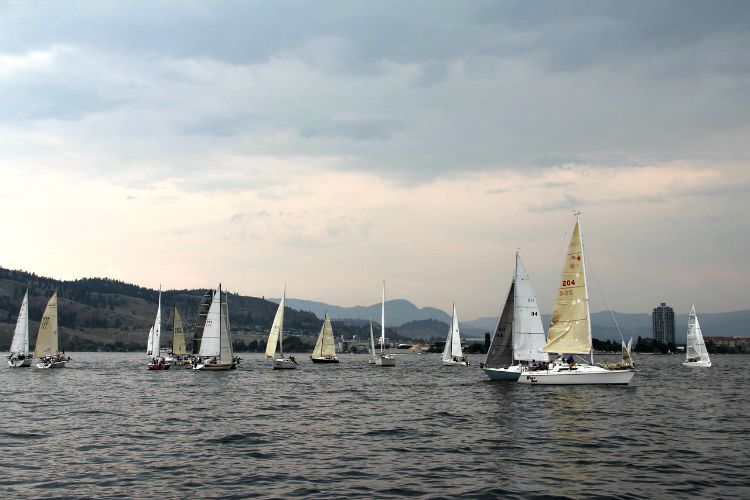 For interested sailors with or without disabilities, both Moriss-Probert and Hayward encourage women to step out of their comfort zone and try something new. At the end of the day, explained the two sailors, there needs to be more positive female role models who understand the importance of taking time for themselves and having fun.

“Just go and have a try. Disabled Sailing is a great organization and they will endeavour to accommodate your disabilities and work towards your abilities.”

The Kelowna Yacht Club hosts a Monday night women’s sailing series for anyone who is interested in getting out on Okanagan Lake.

Both Hayward and Morris-Probert will be competing in the annual Women’s Keelboat Championships in October, which will be hosted here in Kelowna.