Canada's Best Sailors to Meet in Kelowna for National Championships

Kelowna sailors are gearing up for the annual Canada-wide Keelboat Women’s Championships, as some of the best female sailors across the country are expected to hit Okanagan Lake from October 1st until the 4th.

“We have 19 teams from as far away as Halifax as well as the Caroline Grant team from Nantucket, Massachusetts,” said committee chair and skipper Gillian Thomson. “The races take place over three days out on the water by the yacht club and spectators can get a good view from Waterfront Park.” 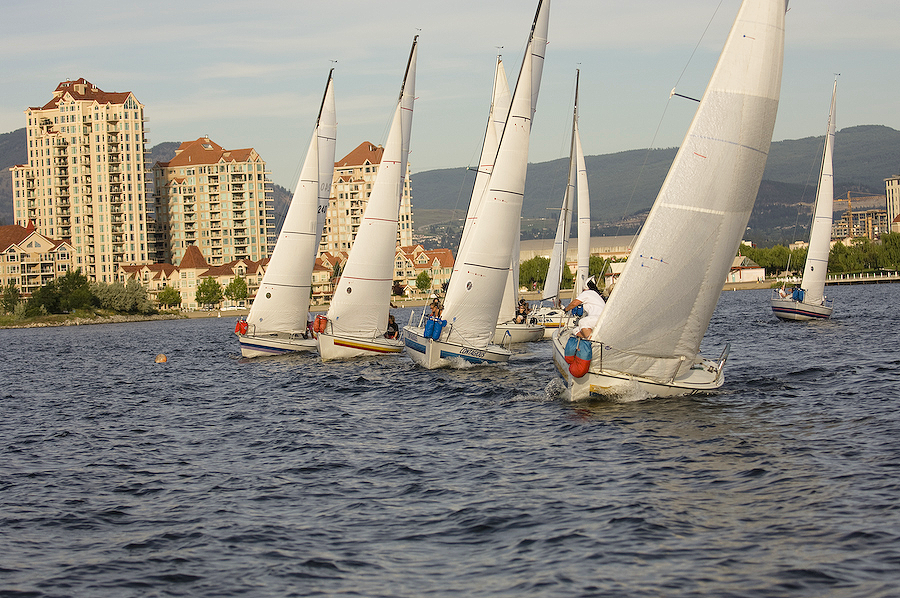 British Columbian competitors include teams from Kelowna, West Kelowna, Summerland, Vernon, Penticton, and Victoria. In addition, teams from Alberta, Manitoba, Ontario, and Nova Scotia will also be in Kelowna this coming week to set sail on Okanagan Lake.

The sailors will all race in Santana 525 boats, which are specifically suited for the shifty and often light wind conditions of Okanagan Lake.

This year’s event is expected to build on the success of the 2007 championships held here in Kelowna, as more and more local women are now taking to the water and kicking some sailing butt.

Here’s a list of the sailors competing at this year’s event: