Mass Murderer of Kelowna Family Waives His Right to Parole

The family and friends still dealing with the mass murder of their loved ones in the Central Interior are breathing a sigh of relief as the man convicted of the deaths has waived his right for parole.

In April 1984, David Ennis, formally known as Shearing, was convicted to the mass murder of six residents as they camped in Wells Gray Provincial Park. The gruesome murders occurred in August 1982. The public learned that Ennis had shot the adults while they all sat around a campfire on August 2nd. He had stalked them for two days before hand. He then sexually abused the girls for a week before murdering them, loading up the car, taking it to a wooded area, and setting it ablaze. 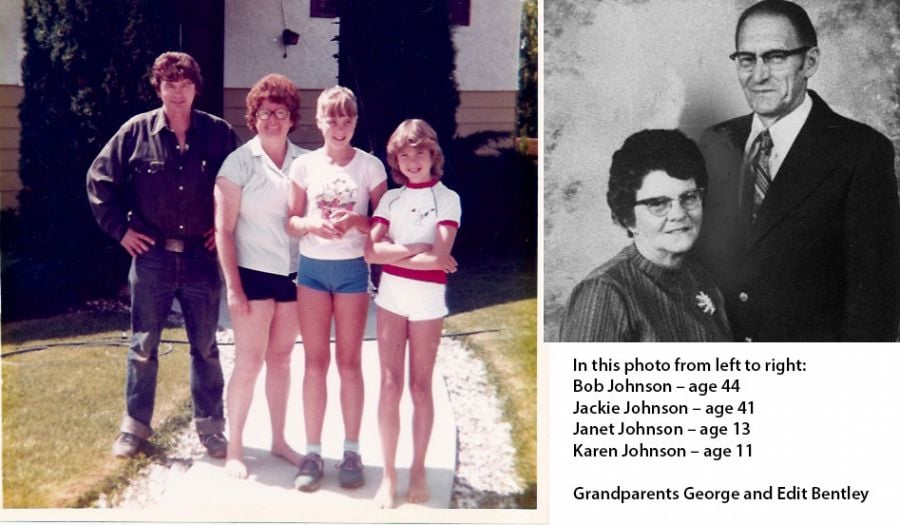 In July 2014, Ennis waived his right to a full parole review and also withdrew his application for day parole. Once again he has chosen to waive his right for parole. Tammy Arishenkoff, who represents the families of the Johnson-Bentley’s, victims of Ennis’ announced the news Thursday morning on social media.

“Fantastic news to hear that we will not have to attend a hearing to review the case of David Shearing for full parole in 2016! Under new legislation, we now have a reprieve until 2021 which is FIVE YEARS!!” said Arishenkoff. 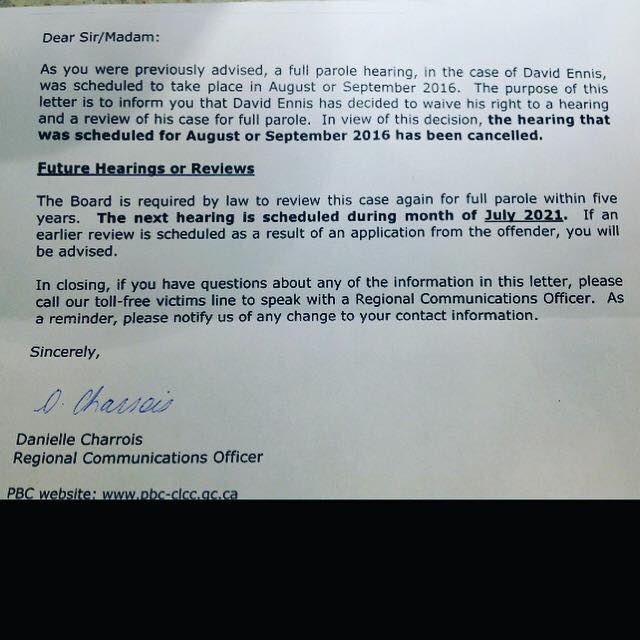 The murders shook the entire community when the public learned of the deaths of George, 66, and Edith Bentley, 59, of Port Coquitlam, their daughter Jackie, 41, and her husband Bob Johnson, 44, of Kelowna and their two daughters Janet, 13, and Karen, 11.

The bodies of the extended family were found in a burnt-out car a month after they had disappeared from the summer camping trip.

Ennis is currently being held at the Bowden Institution north of Calgary and every parole hearing in the past has been attended by family and friends of the victims. 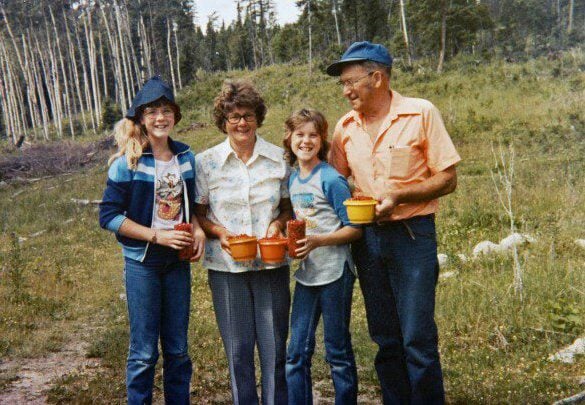 “I would like to thank everyone who has supported us over the last eight years since the first hearing and who continue to support this endeavour each and every time,” said Arishenkoff. “As they say, it takes a village, and this village made up of so many family, friends, community leaders, businesses, strangers and justice seekers is strong and only growing stronger.”

Ennis pleaded guilty to the murders and was sentenced to life in prison, with the first chance of eligibility for parole in 2008.