A court date to decide the start of a trial for a long time gang member and his girlfriend has been postponed.

Donahugh Fredrick McWhirter, a 44-year-old Lake Country resident and his 26-year-old girlfriend Brittany Marie Stinn were charged on Jan. 29, 2015 with one count of trafficking of controlled substance with additional drug and weapons charges pending.

The couple was arrested following information received by the Combined Forces Enforcement Unit BC (CSEU-BC), that a Kelowna-based gang member was allegedly recruiting members to the Independent Solider (IS).

After the information was received an investigation started with the goal of targeting McWhirter’s alleged criminal activities and ending the possibility of more people being brought into the IS in the Okanagan.

“As the investigation continued into the fall of 2014, evidence was gathered that continued to support the allegations that the suspect, along with his girlfriend, was involved in illegal activity,” CFSEU Communications Officer Sgt. Lindsey Houghton explained to KelownaNow in a previous interview.

On Jan. 30, 2015 a search warrant was executed at a home in Lake Country where officers found a high powered handgun, a 20 gauge shotgun, an AR.style .22 calibre rifle, ammunition , a crossbow and drug paraphernalia. 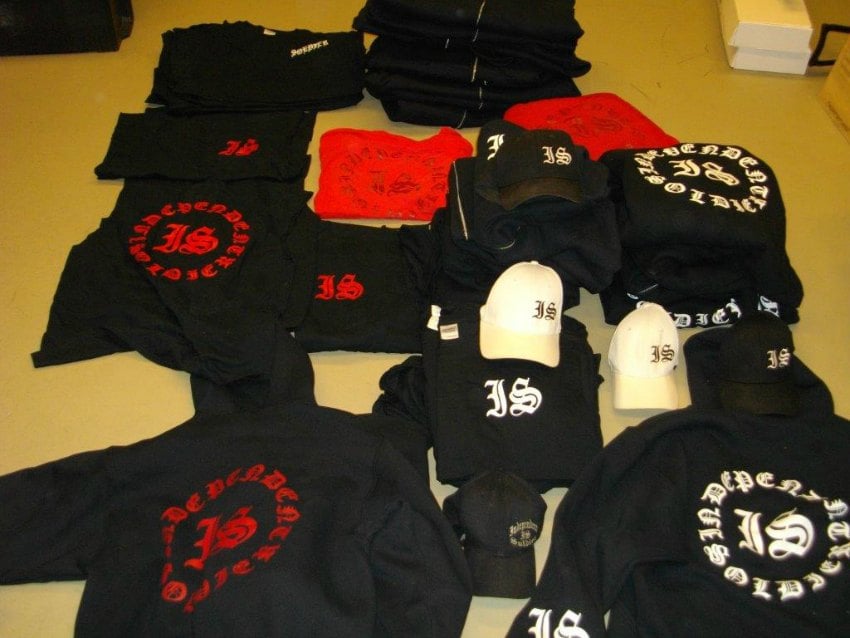 Three large boxes of new clothing with the IS logo were also seized along with cocaine, meth, MDMA powder, ecstasy and various steroids.

During a court appearance on Monday morning it was determined that a trial as is would currently take about six weeks. Both Crown Counsel and Defense agreed that it could probably be reduced to three weeks.

The matter of McWhirter and Stinn will appear back in Kelowna Law Courts on May 2, to fix a trial date.