One Kelowna teen is seeing her business explode with success before her high school graduation.

Maya Gay, founder of Basecamp Card Co., never thought a deck of cards would be her big break. 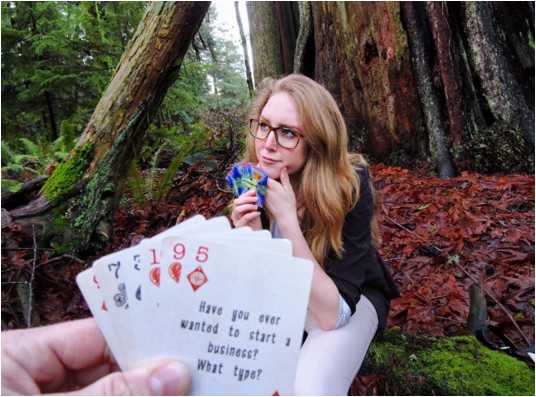 Gay was only 16 when she enrolled in the entrepreneurship program at Okanagan Mission Secondary.

For about a decade the high school has got students to take part in a Dragons’ Den type of competition every year, and they compete throughout School District 23.

Gay and her friend Rachel Birrell decided to pair up on the project. Because both of them are passionate about the outdoors and enjoy hiking, backpacking and skiing, they knew they wanted to play off of that with their idea.

“We realized that everyone brings a deck of cards when they go camping. You throw it into your bag and it’s an easy way to bond,” said Gay. 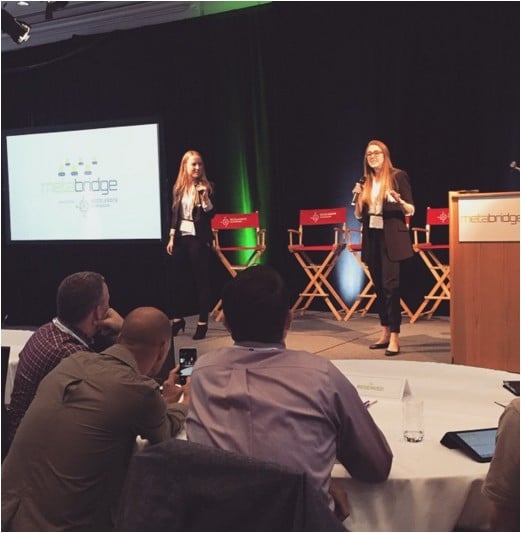 That’s when they came up with the concept of Basecamp Cards, which Gay says allows people to get to know others on a deeper level, with an easy start to conversation.

Some of her favourite questions on the cards include, ‘Where do you see yourself in ten years?’, ‘What is a skill you’d like to learn and why?’ and ‘If you were going to get a tattoo, of what and why?’

“I think those are fun because you get to see what their passions are and what they’d like to be doing in the future which is always interesting,” said Gay. 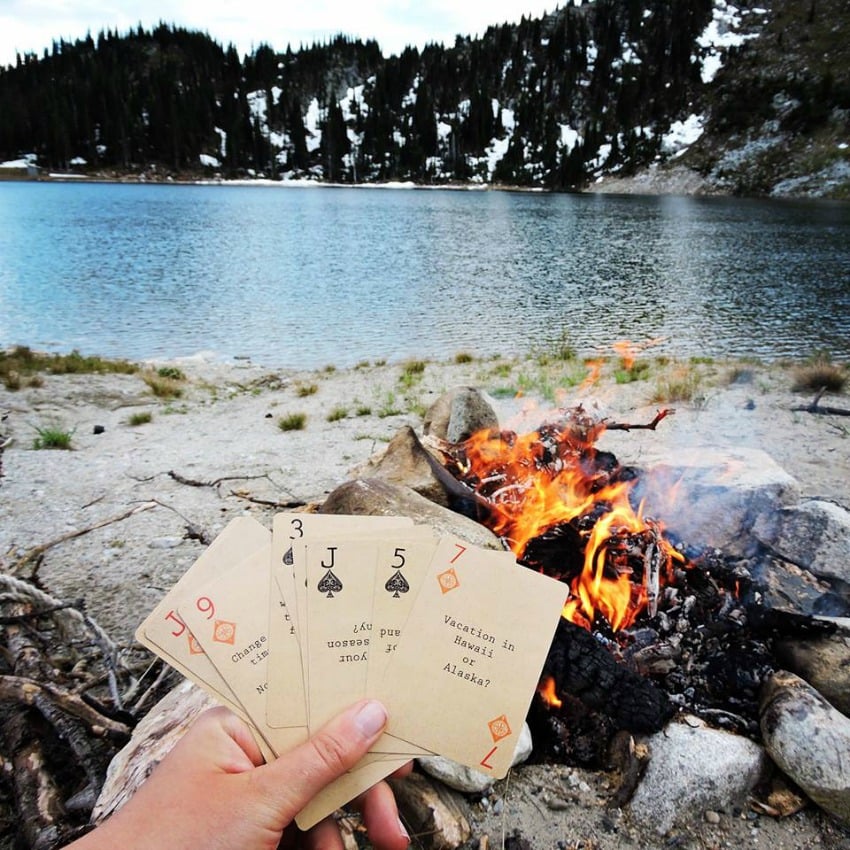 There are also some cards that are a little more random like, ‘Have a dragon or be a dragon?’ or ‘Would you rather fight 100 duck-sized horses or one horse-sized duck?’

Not many of the teams made a prototype but Gay said they were especially passionate about the project.

The two girls designed the cards on Adobe Photoshop, with no previous experience. They started by printing off 36 decks.

“By the time we received the decks we had them all pre ordered so they were already sold out,” said Gay.

Soon, they sold 500 more, mostly by word of mouth.

“Now we have a much nicer and more refined product,” she said, explaining that the response from the public has really been great. “People are just so supportive of young entrepreneurs which is so awesome to see.”

“I think people enjoy it because it’s so simple in such a technology-based society.”

The duo ended up taking top prize in the Kelowna competition which Gay said started it all. 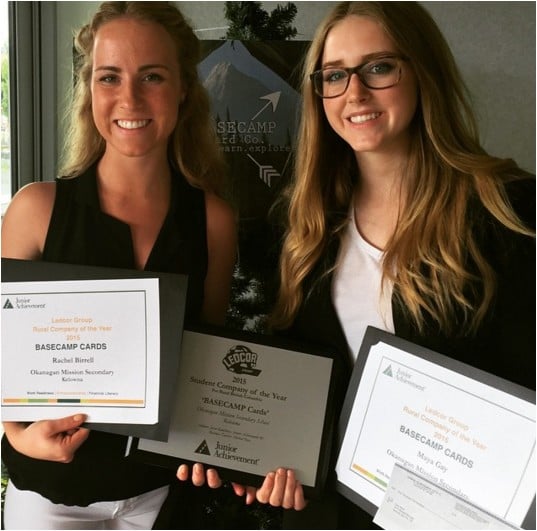 While they didn’t\t necessarily expect the outpouring of support, Gay said she’d always thought being an entrepreneur was probably the route for her.

“Both my parents are entrepreneurs so it kind of runs in the family, I guess. I was always interested in starting a business,” she said.

After their win, Gay bought out Birell’s share of the company and partnered up with her 19-year-old brother Aidan. 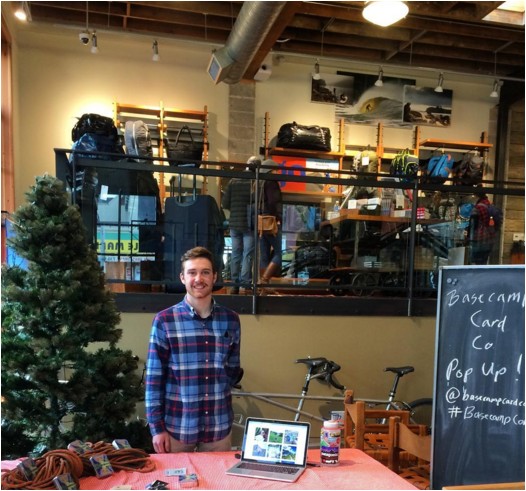 Since then, friends have taken the card game around the world in their backpacks.

They’ve also upped their game when it comes to the look of the product. The actual design is a water colour painting done by a friend and the cards come in a tin to protect them from the elements.

The cards themselves are also waterproof. 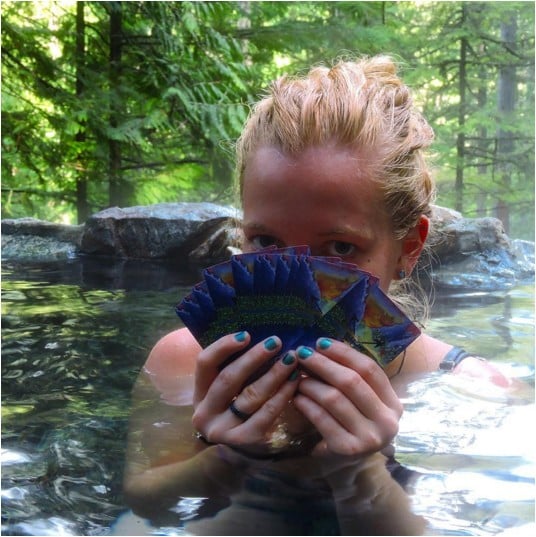 The success hasn’t stopped for Basecamp Card Co., as Gay and her brother were also accepted into a program in Vancouver called Hootsuite, The Next Big Thing.

The company accepted 12 teams under the age of 23. In their second year program, Gay was the youngest entrepreneur they ever accepted.

Aidan has been in Vancouver for the past six months, taking office space at the Hootsuite headquarters, networking and kick-starting the business.

Both Gay and her brother plan on going to university next fall and Gay says they aren’t sure what the future of their business will bring, although they hope to get into larger retailers internationally.

Since the start of her business, Gay said she’s invested about $11,000 in for manufacturing and online commerce, but has made about $25,000.