The president of Okanagan College has accepted an offer to extend his term and will remain in his position until October 2019.

Jim Hamilton is the longest serving president in British Columbia’s post-secondary sector and has led Okanagan College since 2004.

“We are absolutely thrilled that Jim will stay on as President,” said Connie Denesiuk, Chair of Okanagan College’s Board of Governors. “Over the course of his tenure, he has helped the institution develop a well-deserved reputation for accomplishment, growth, and service. I’ve witnessed first-hand how well respected he is provincially and nationally.”

Hamilton’s history at Okanagan College started with teaching English in 1980 at what then served as the Vernon Campus: the old Canadian Forces army barracks. 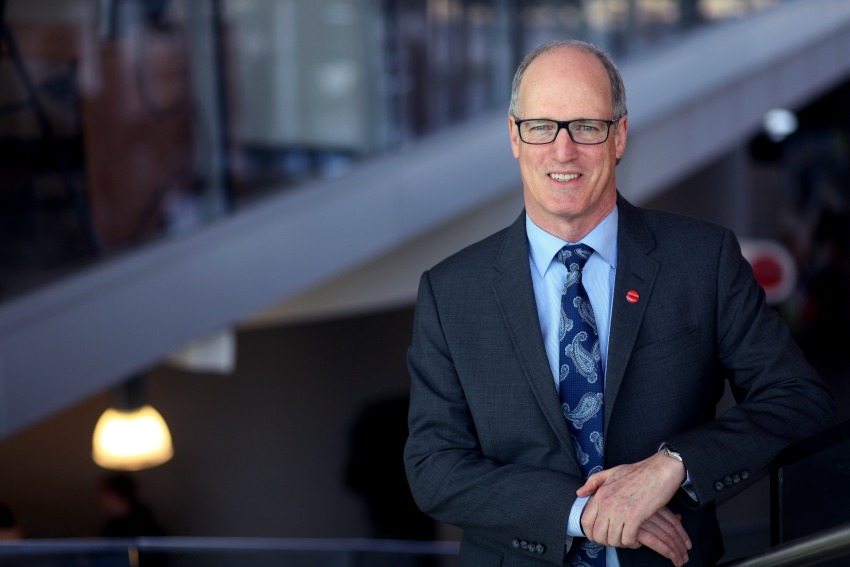 Prior to becoming President, Hamilton was actively engaged in the College, having served as a faculty member, a member of the Okanagan University College Board of Governors, and the Regional Dean of the North Okanagan.

During his time as President, Okanagan College enrolments have grown by 43 per cent, exceeding government targets every year. Okanagan College is now one of the largest colleges in BC and the second biggest public trades training institution in the province. Aboriginal student numbers have more than tripled to 1,550, and the College has greatly expanded its services to that population.