Roy Henry Vickers celebrated the release of his ninth book with his 70th birthday, but age isn’t slowing him down.

"We're just getting started,” Vickers told KelownaNow. “I think we'll do a book a year for as long as we possibly can. If I live 30 more years, that will be 30 more books.”

Vickers and co-author Robert Budd, who goes by the name ‘Lucky’, held an author reading and book signing at Mosaic Books on Bernard Avenue in Kelowna on Sunday. 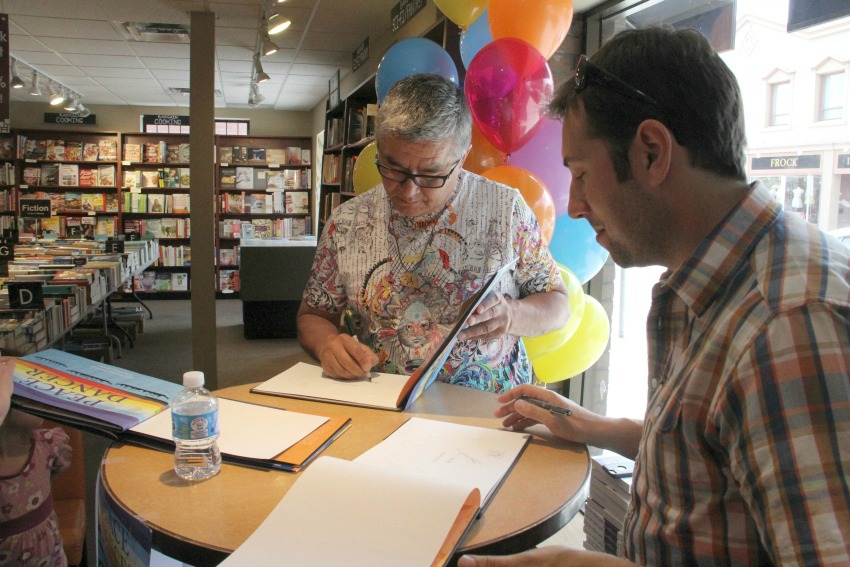 Their most recent book, Peace Dancer, is the fourth in a series of legends including Raven Brings the Light, Cloudwalker and Orca Chief.

Their latest edition to the series has been well received with the entire first edition selling out in one week.

"We're astonished by how these stories are resonating, truly,” said Budd.

The two started their partnership in 2011. Budd said the pair hit it off, and soon found himself in Vickers’ art gallery in Tofino, working on the artist’s biography. As Vickers described his work, Budd recorded, and came up with the idea to do a series of four legends.

The biography has yet to be released, but that’s just one of the many projects on the go.

Just days ago they came up with the idea for another book, with a working title of Illustrated Oral History of British Columbia. Budd’s book Echoes of British Columbia, which won second prize in the BC Lieutenant-Governor’s Medal for Historical Writing, was based off the same oral history collection. 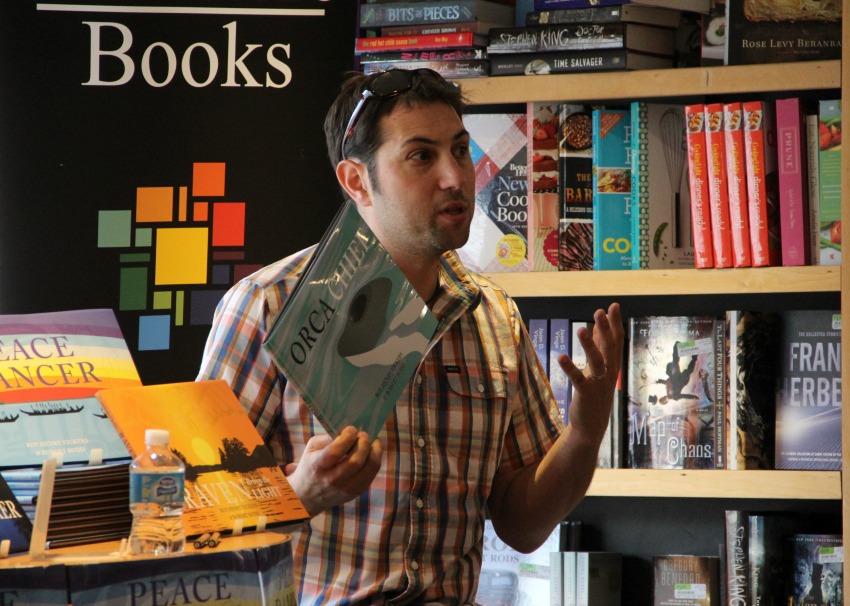 While each book only takes a year, there is a definite process. Budd and Vickers are both involved in writing, and then Vickers creates 18 images to go along with each part of the story.

"It's a joyous process,” said Budd. “We have so much fun doing it. Every time we get together it's just like so incredible, and I think it really comes through in the books. They're really born from a place of joy.

“And we try and pack as much as we can into each one, little bits of knowledge, things that will be fun for kids.” 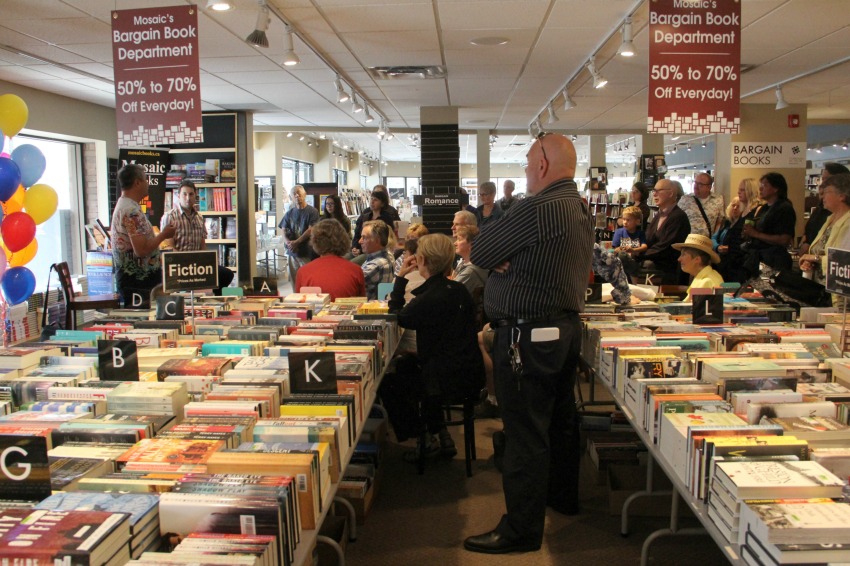 Sunday wasn’t the first time the two have visited Kelowna to share their work In March, they were brought in by the Okanagan Teacher's and Librarian's Association who rented out a hall and bussed out 28 schools. A total of 6,500 students heard Budd and Vickers talk over five days during ten presentations.

"And to see how engaged and excited the students of Kelowna are is one of the most inspiring things that has ever happened to each of us,” said Budd. “Every single student had something that they wanted to ask.

“Coming here and being a part of that, and witnessing that, was an experience that I will never forget for the rest of my life and really gave both Roy and I a feeling of justification for everything we're trying to do. It's really resonating, it's really reaching.”

What a lucky staff we are! Thanks for the visit @RHVickers & @lucky_budd (P.S. Happy 70th Birthday to Roy Henry!) pic.twitter.com/air2wCKNG5

When they were asked to return to Kelowna, there was no hesitation. To a packed house at the bookstore, Vickers talked about each of the four books, which go over the journeys of the teacher, the healer, the visionary and the leader.

To find success as a leader, Vickers said people have to go through each step.

“If we take the knowledge and don't go through healing, our vision isn't clear,” said Vickers. “So we become leaders, which we all are anyway, that I call the blind leading the blind.”

“My wish is that leaders can come back to the values that are so important to us as individuals. And those are the things that we can't buy.”

Vickers said he’s led, in part, by the duty he feels to tell stories, which he said is one of the most important jobs we all have to do as human beings.

"I live my life, looking to what I can do to fulfill my dreams. My dreams are simple, they're to bring to the world the knowledge that's been given to me.”

Judging by the two hours it took him to autograph his books on his 70th birthday, Vickers is probably getting pretty darn close to reaching his goals of sharing his stories.