For three days, students grabbed some safety glasses, gloves and a crowbar and completely smashed a 1995 Oldsmobile Cutlass Supreme. Students had to pay to take part in the smash, and all the money will be given to the Canadian Red Cross for Fort McMcurray relief efforts.

Kristian Oppenheim, a Grade 10 student, took one of the lead roles in helping make this fundraiser happen. Oppenheim eventually worked his magic and got the car donated to the school, as well a getting a towing company to tow it for free.

While vice-principal Michael Kormany credited Oppenheim with a lot of the legwork, the student said it was a team effort. 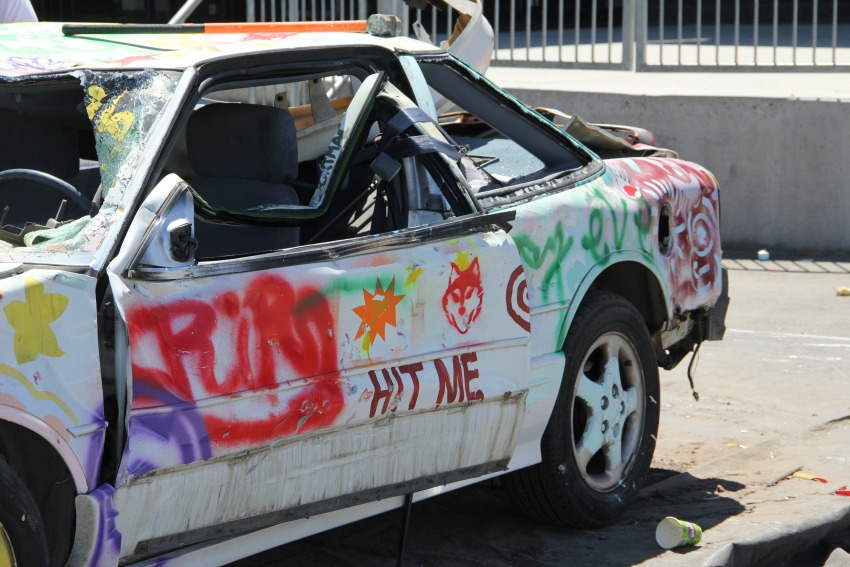 "One thing that I find invaluable about this whole thing is the amount of school spirit that we saw in the kids’ faces, and people coming in to watch and support our school. That to me is invaluable to see so much school spirit come into our school again,” Oppenheim said.

Another Grade 10 student, Andrew Katez, said they worked hard to make the event something students couldn’t say no to.

"When we walked around with the sledgehammer last week, everyone's faces were drawn to the sledgehammer. They wanted to know what we were doing with that hammer and why we were walking down the hall. That generated a lot of hype."

Not all students took part in the car smash, but according to Madilyn Miyashita that’s okay.

"It's not just the people buying something, it's the people watching, and the crowds around it still raising awareness for the cause." 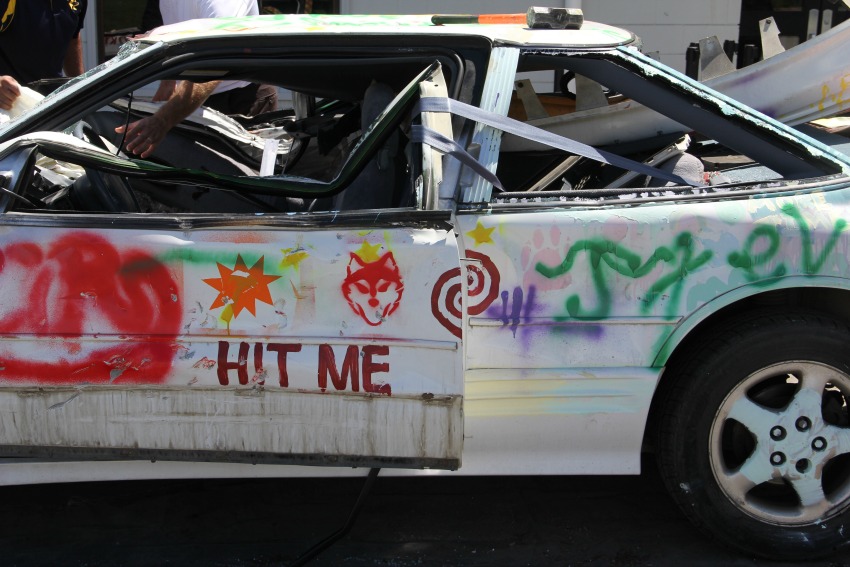 The total amount of money hasn’t been tallied yet, but Oppenheim said it will be close to $500. Kormany also said this isn’t the first Fort McMurray fundraiser the school has done. In total, he suspects that the school has raised more than $3,000.

Interior Savings said it has committed to doubling the money raised by the school.