It’s taken more than two years, but New Vintage Theatre has debuted the Okanagan premiere of The Great Gatsby.

Directed by Bonnie Gratz and with sets by her husband Derek Gratz, Kelowna people can expect an evening of post-war, pre-depression, flowing drinks and a lot of secret affairs.

Gatsby, played by Graham Daley, shows the confident yet cocky side of Jay Gatsby. However, he does show a more genuine side of him when he’s near the love of his life Daisy Buchanan, played by Dana Murphy.

KelownaNow attended the opening night of The Great Gatsby put on by New Vintage Theatre. Here are five reasons you should too. 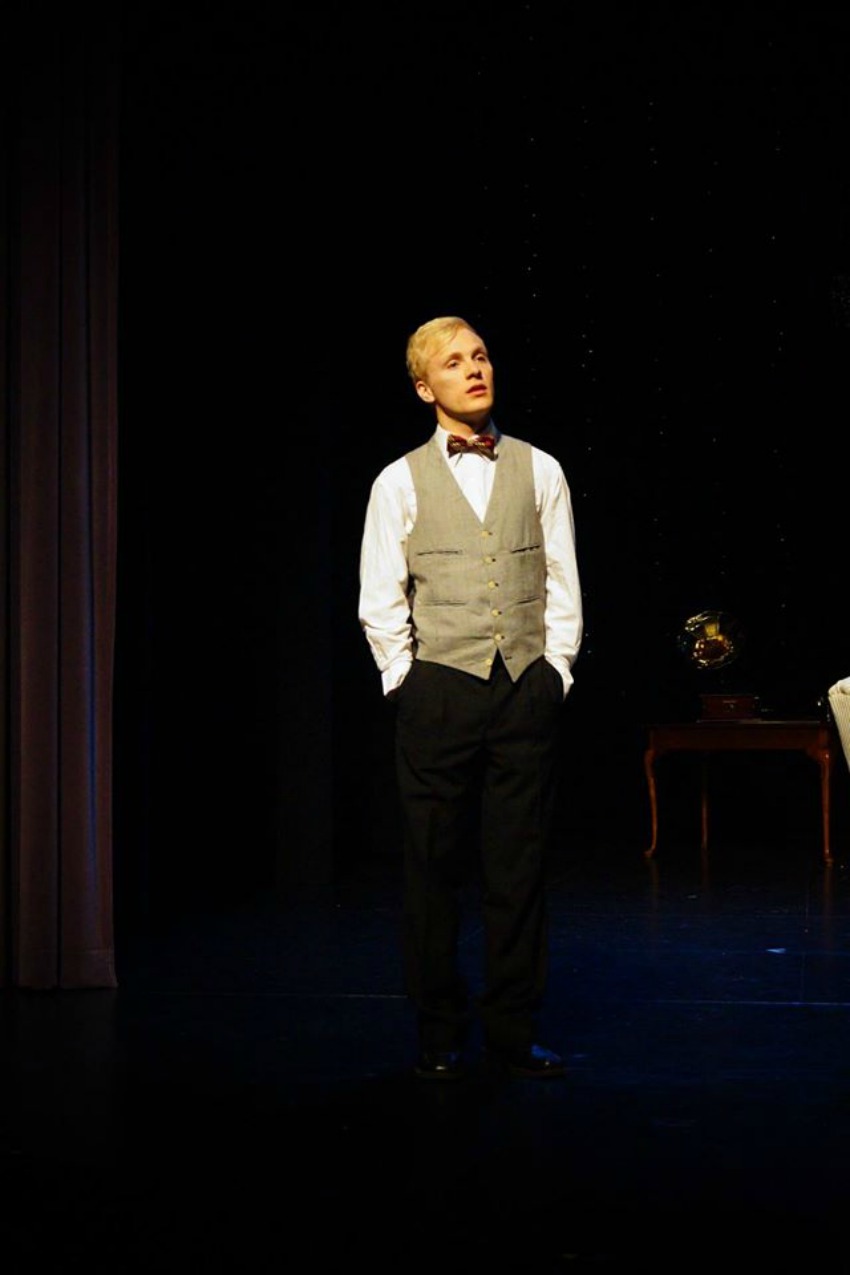 Adam Weaver blew the acting game out of the theatre on opening night. Weaver plays Nick Caraway, the quiet but open-minded man from Minnesota. Caraway is the narrator of the story and Weaver’s voice was a match made in heaven.

Weaver was the person on stage that always caught your eye. His small gestures seemed big and his big gestures, like yelling at Gatsby in one scene, were over the top (in a good way).

Weaver was the star of the show and at the end of the performance, he received the loudest applause, which was extremely deserving. 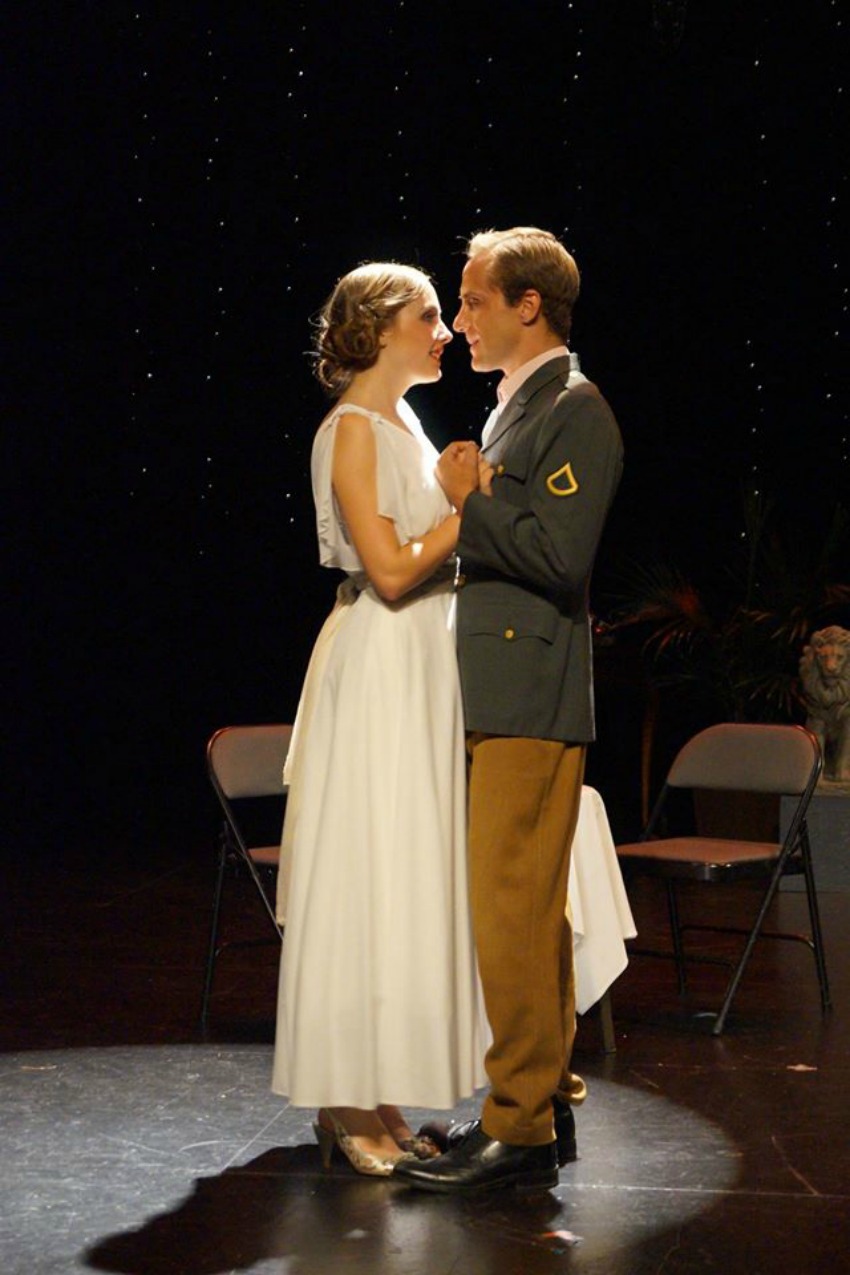 The glittery shoes, flapper dresses, feather headbands and dapper suits created a Roaring 20s vibe that helped the audience travel back in time. Gatsby had an array of costumes that grabbed the audience’s attention including a nice pastel pink suit, a bomber jacket with goggles and a rather risqué bathrobe.

The costumes and props came from Georgie Girl Vintage in Kelowna, creating a local feel for the performance. It made it possible for the girls in the audience who were eyeing up the flapper dresses to actually go and buy one.

There was even a 1920s Roosevelt car outside the Rotary Centre for audience members to snap a photograph as a keepsake. 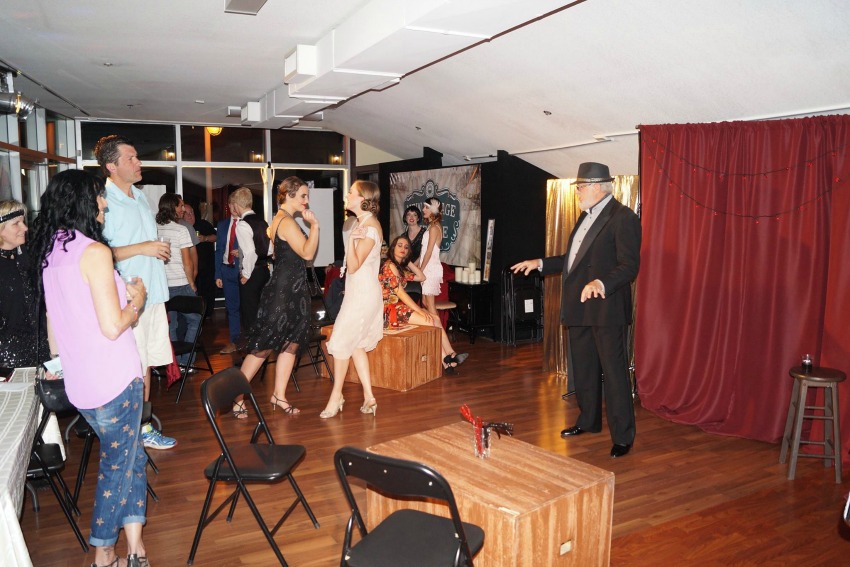 With your ticket, you had the chance to enter into an exclusive world with the actors themselves. The speakeasy had dancing, prohibition-inspired beer and wine and live music by Joelle Neufeld and Meyer Wolfsheim.

It had a 1920s vibe of secretiveness and risk, and is a perk nobody should miss. 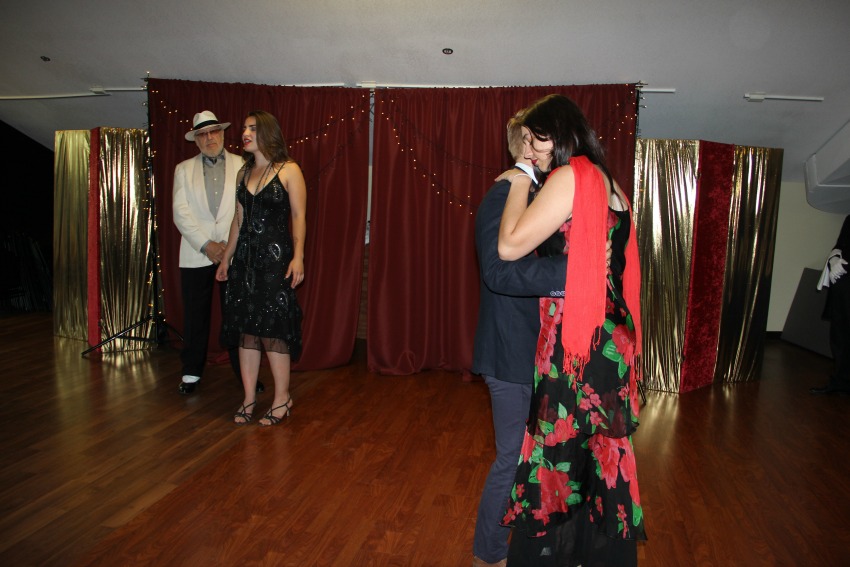 Joelle Neufeld has a voice made for The Great Gatsby. As The Jazz Singer, she sang during Gatsby’s parties. Even though Neufeld only sang a couple of songs, her voice carried throughout the theatre that gave you goosebumps and chills.

Her slow song was a touching addition to the performance; instead of just having music come out of speakers, she added intimacy. She was that good.

New Vintage Theatre is a local theatre company with local actors. The costumes, props and sets were made by local people and the money from tickets is going back into Kelowna.

The Great Gatsby show encourages people to get off the couch and try something new. It helps celebrate and honour Kelowna, especially the arts community, that continues to grow by the day.

The Great Gatsby runs July 13-23. To get tickets for the performance, click here.