It seems the Okanagan loves the sweet or the dry taste of cider, too, not just wine. The craft cider trend is alive and well in Kelowna, and is only getting healthier, local experts say.

Marina Johal is one of the owners of Scenic Road Cider Co. in Kelowna. She and her husband teamed up with another couple to start the company this past June. Johal said she thinks cider is so popular because it’s something different.

"I think part of it is with the craft brewery taking off, it's tagged along with that. Also, it's an alternative to beer for those people that can't drink beer. I think in the Okanagan because there are so many wineries, you're overwhelmed and you want a new choice."

Stephen Smysnuik, founder of The Growler craft beer handbook, said he believes it could be the gluten-free movement.

Smysnuik said he's noticed that there's fewer cider companies in the Lower Mainland. He believes that's because to start a cidery, you must have a winemaking licence, which is more expensive than a beer licence.

"We're actually not seeing it a lot in the Lower Mainland, but I know I've heard that it's been happening a lot in Kelowna and the Okanagan."

A quick Google search would prove Smysnuik is right. There are more than 10 places to buy local cider in Kelowna and even more in the surrounding Okanagan Valley.

Also, cider maker Eric Douglas said cider sales in the province grew by nearly 16 per cent in 2014, more than beer, wine or spirits.

The owners of Scenic Road Cider Co. decided to jump on the cider bandwagon because between them, they have about 12 acres total of apple trees.

The independent growers won’t just stop at apple ciders, though. Currently, there are two available apple ciders – dry and nearly dry – but they’re adding a new fruit to the mixture soon.

By the end of summer or the beginning of fall, Scenic Road will introduce raspberry apple cider to the menu.

The local company isn’t the first one to add other flavours to the mix and probably won’t be the last.

BC Tree Fruits launched two new ciders this past spring. Chris Pollock, the marketing manager with BC Tree Fruits, said the cooperative now has a pear and an apple and hops flavour for its Broken Ladder cider. 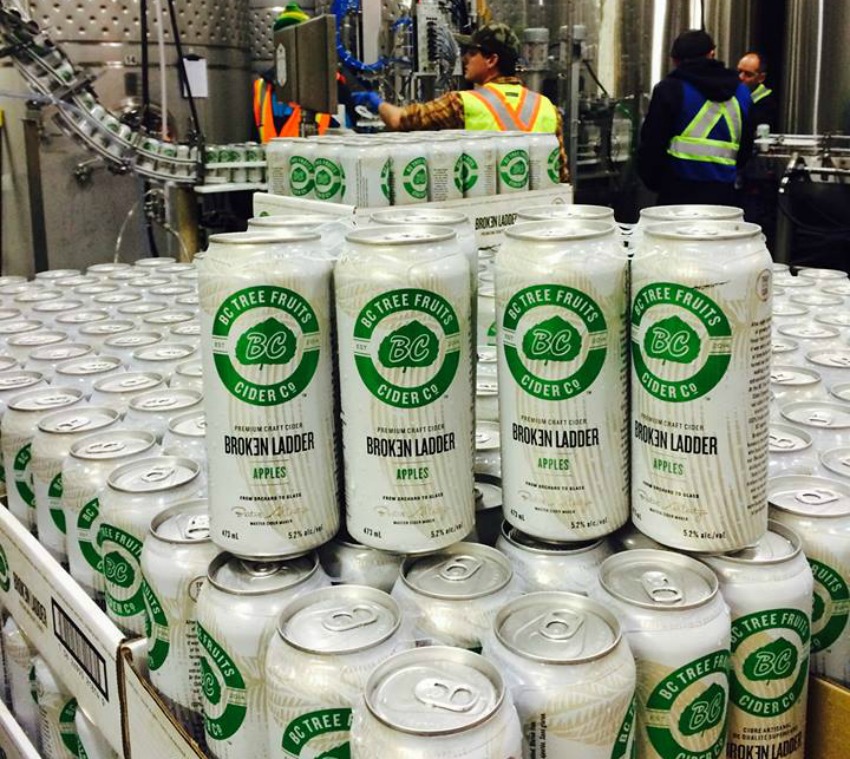 Alan Tyabji, CEO of BC Tree Fruits, has said they’d like to add other fruit flavours, too.

“My cider program started with apples, we just added pears and I’m looking at buying equipment that will do peaches and then I’m looking at cherries after that.”

Smysnuik said the fruity flavours are a way to draw more people in.

"I think a lot of these places are making beers and fruity ciders as a way to appeal to those folks and appeal to the summer."