Puppies recently rescued battling for their lives in Kelowna

Six puppies are fighting for their lives just a few days after they were received by a Kelowna dog rescue organization as they have been diagnosed with the “puppy killer.” 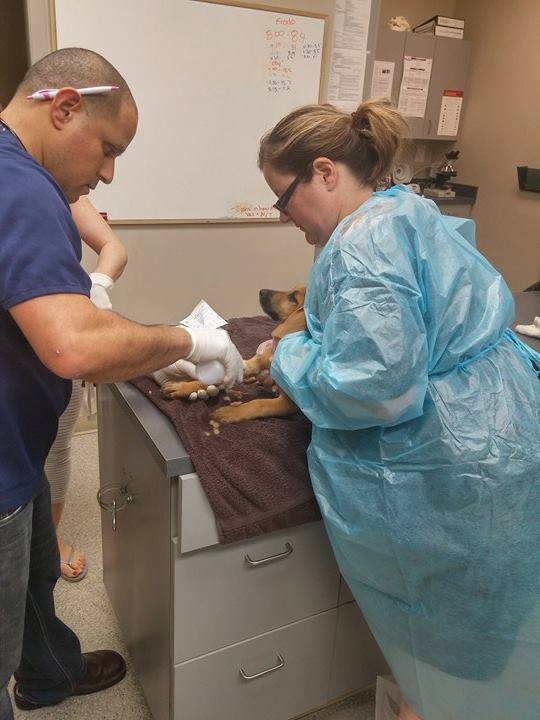 Last week, Paws it Forward Dog Rescue received a call about the redbone puppies and jumped into action to find fosters to care for the dogs. Once received, the eight-week-old dogs were matched with foster homes and appointments were made to take them into a veterinary clinic for vaccinations and check-ups, and that’s when the bad news happened. 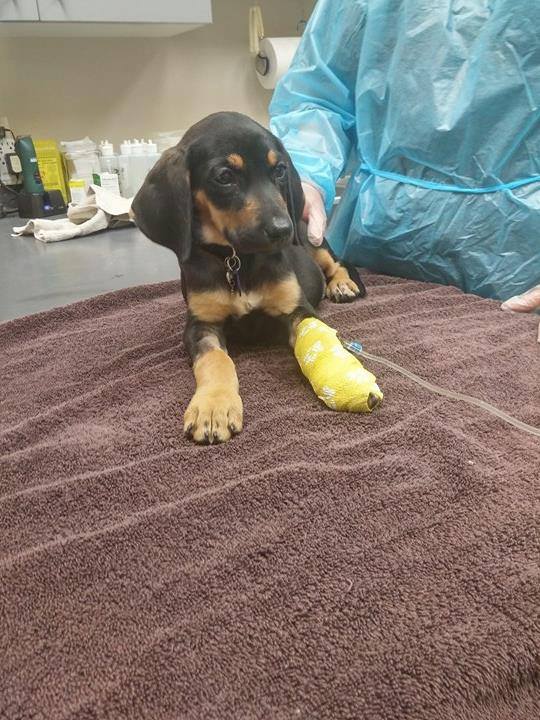 Unfortunately, the dogs needed treatment for a bad case of worms. All the puppies were tested for parvovirus as a precaution and they all tested positive. The debilitating virus is contagious and has a low recovery rate in puppies, as a result, it has been dubbed the puppy killer.

The dogs, which came from the Parker Cove area in Vernon, are part of a larger litter of 12 dogs. According to a representative from Paws it Forward, all the dogs have parvovirus. The rescue group has been contacted by another person in the Okanagan who received a dog from the same home say their puppy was also infected. That owner contacted the original owner to tell them about the infection and to warn them that the other 11 dogs may have been infected as well. 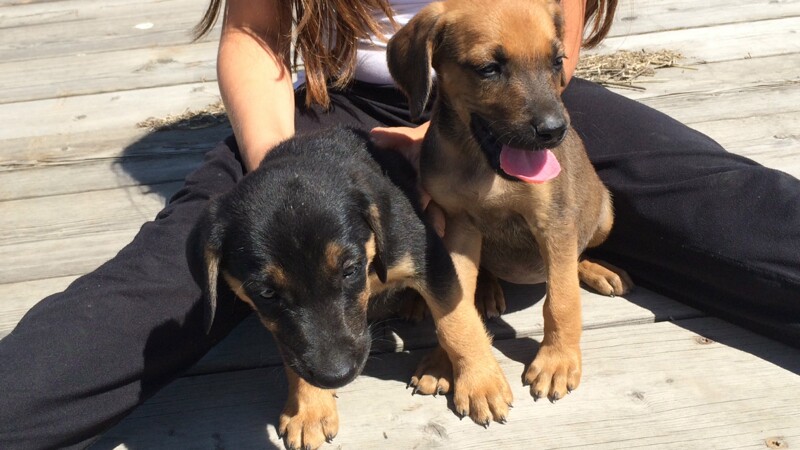 This occurred well before they were surrendered to Paws it Forward. The group is hoping that the owners of the five other puppies will read this information and take their new puppies to the vet immediately to be tested for the virus before it's too late. If you have a puppy believed to be part of this litter, you should inform your vet before taking it into the clinic so it does not interact or have contact with other animals. 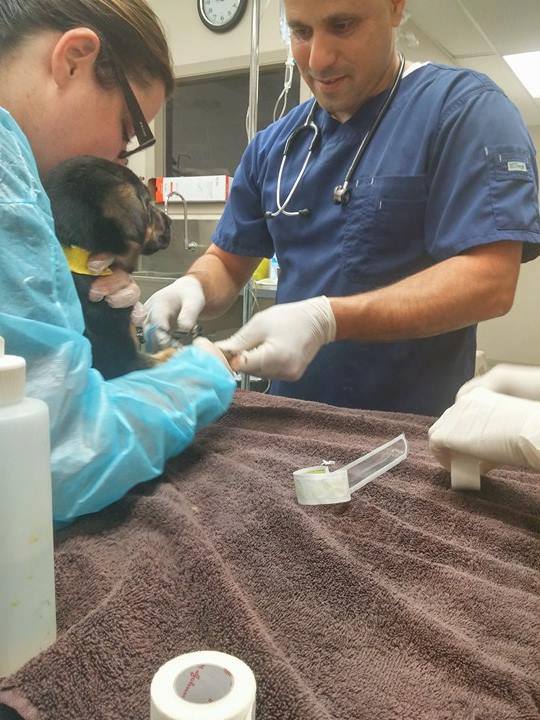 The cost of treatment is estimated around $10,000 if everything goes well. Acting quickly, Paws it Forward contacted Dr. Oz at the Rose Valley Veterinary Hospital in West Kelowna for help. Knowing that every minute was critical for the puppies, he jumped into action to help and headed to the clinic to take the dogs in. Things happened so quickly, that a foster mom was even put into action to help with the treatments and doubled as a vet tech.

“After we were done I began to cry, I realized we had six sick puppies who may not make it and if they do make it they have a long road to recovery,” said the foster mom of her experience. “Paws it Forward runs an amazing rescue but it's small and no one expects this kind of expense so I was worried how would we repay Dr. Oz who already volunteered his time, and really, his family time, as he has spent the nights sleeping at the clinic to monitor the babies all while saving other people's dogs too. He looked at me said please don't cry, the reason I became a vet was to help animals. We will sort everything else out later.” 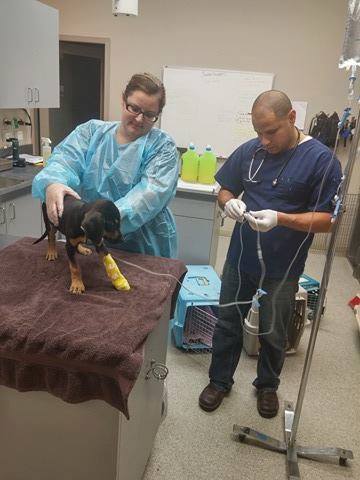 The puppies have been placed in isolation and are now receiving fluids, nutrients and medication to help them beat the virus. Today they are lethargic and still having diarrhea, but thanks to the fast action by Dr. Oz it could have been worse. There are no drugs available to kill the virus and the only hope for the puppies is treatment, care, and control of the symptoms while boosting their immune systems. 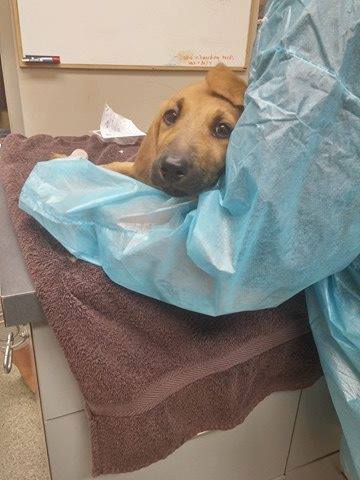 Dogs infected with parvovirus need intensive treatment in a veterinary hospital, where they receive antibiotics, drugs to control the vomiting, intravenous fluids and other supportive therapies.

Paws if Forward is a volunteer run rescue organization and does not have the funds to pay for the treatment of the puppies and is asking the community for help. The group is in the process of organizing several fundraisers and is taking cash donations.

As a registered charity, they can offer tax receipts to those who donate and is accepting donations via cash, cheque, directly at Rose Valley Vet and through e-transfer. 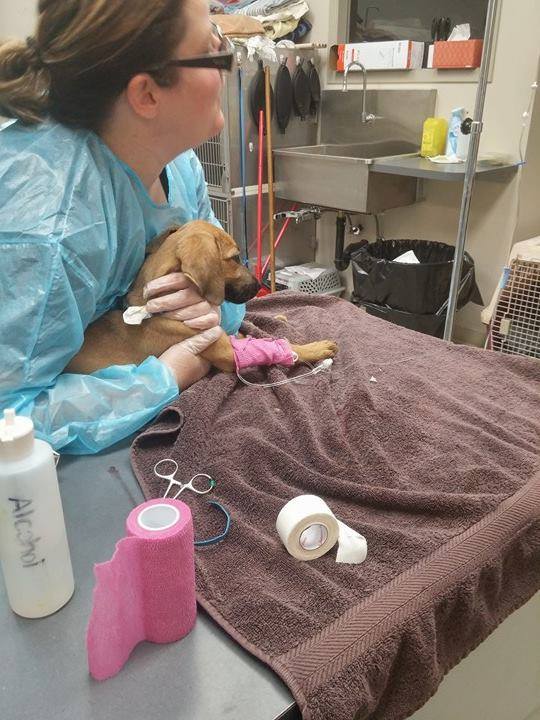 They also need clean, medium to large towels donated to the puppies to use to stay warm and comfy while in isolation. These towels can be dropped off directly to the Rose Valley Vet Clinic.

With the help of the staff at the vet clinic, Dr. Oz and the volunteers from Paws it Forward, it is hopeful that Stella, Maddie, Hunter, Whiskey, Billie and Izzy will recover from the deadly virus and become healthy enough to be adopted out to their forever homes. For more information, to help, or donate, please contact Paws it Forward at pawsitforward@hotmail.com.