(UPDATE: July 26 @ 8:40 am): The victim of yesterday's fatal crash in Kelowna was a 28-year-old man from Surrey, police said this morning.

He was the driver of the black Chevrolet Corvette that crashed at Springfield Road and Burtch Road around 3 am on Sunday.

A 28-year-old woman who was riding in the car as a passenger was extracted from the wreckage and taken to hospital with life-threatening injuries.

No other vehicles are thought to have been involved in the crash. The RCMP said speed is "believed to be a factor" in the incident.

The BC Coroners Service and RCMP are both investigating.

“The Kelowna RCMP wish to thank the public for their patience while Springfield Road remained closed, as our investigators were on scene to collect evidence to assist in determining the cause of the collision,” said Cst. Solana Paré.

“Our thoughts and prayers go out to friends and family affected by this tragic collision.”

Police have asked that anyone who witnessed the collision and has not yet spoken with police call 250-762-3300.

“Our initial investigation shows a dark coloured vehicle passing through the scene a short time after the collision,” said Sgt. Mark Booth.

“We have not been able to identify the vehicle yet, and are asking the occupants to contact us.”

(Original story: July 25 @ 8 am): Kelowna RCMP is asking residents to stay away from Springfield Road following a serious collision this morning.

According to RCMP, just after 3 am, a single vehicle was involved in an accident near Burtch Road and Dayton Street. 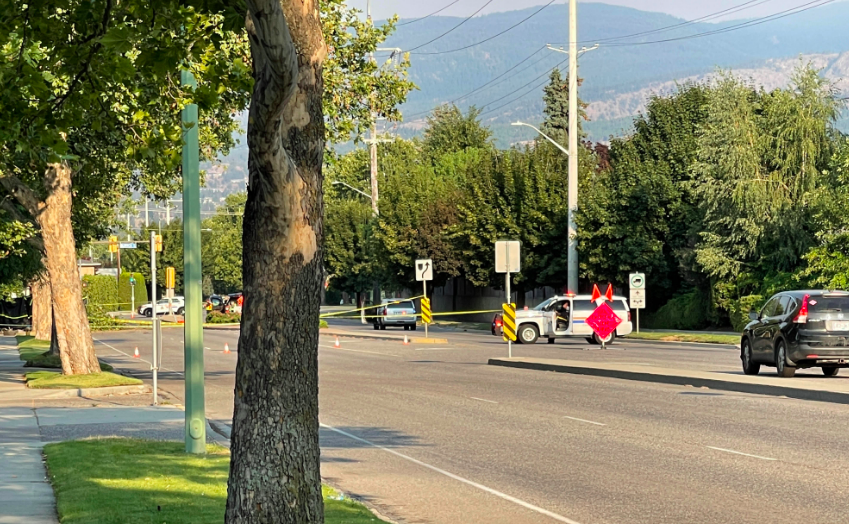 When police arrived, they found that the vehicle involved in the crash had significant damage and one of the occupants had died.

"The other occupant was transported to hospital by Emergency Health Services with serious, life-threatening injuries. RCMP are working to determine the cause of the collision."

Investigators are still on scene this morning. The road will reopen once the investigation is complete.