The 2022 HM Commercial Ride for Autism, presented by Nicola Wealth, was the biggest success yet with 122 generous supporters raising over $235,000 in support of Canucks Autism Network (CAN). 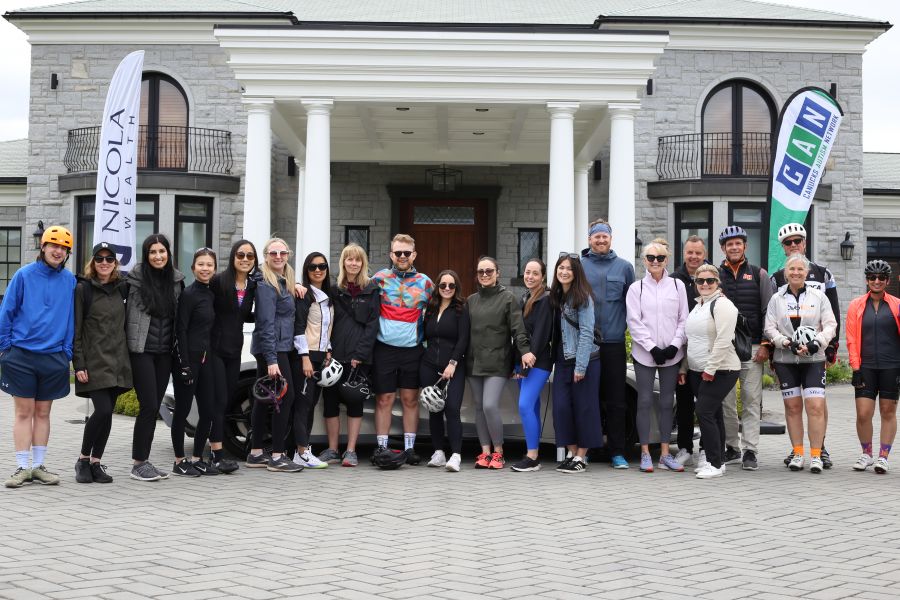 The HM Ride was founded by Dave McAnerney, who established this Kelowna tradition in honour of Marshall’s son, MJ, who is on the autism spectrum. Since 2015, MJ has benefited from CAN offerings, participating in summer camps, sports and rec programs as well as youth and adult programs.

“Our impact in Kelowna is only possible thanks to our incredible community of supporters who believe in our mission and the work that we do,” said CAN CEO Britt Andersen.

“We’re endlessly grateful to Dave McAnerney for founding this great event based on his brother Marshall’s desire to support the autism community and his son, MJ. This year’s event was particularly successful thanks to the continued commitment of our presenting sponsor Nicola Wealth, and the inspiring generosity of our friends at the Stober Foundation,” Andersen said. 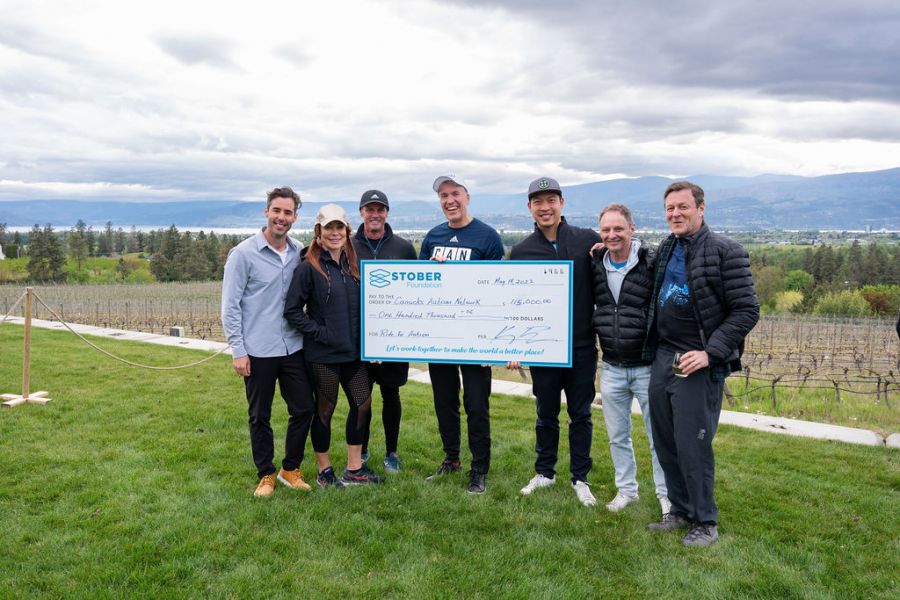 Marshall McAnerney, Co-Founder of HM Commercial Group and the HM Commercial Ride for Autism, highlighted the impact of the event on the local autism community.

“We’re thrilled to be able to support the ongoing growth of Canucks Autism Network programs and services in Kelowna through this annual event," says Marshall.

"This year, we raised an all-time high of $235,000, largely due to the incredible generosity of the Stober Foundation and Ken and Linda Stober who committed an additional $15,000 above and beyond their $100,000 pledge to match all ride donations.”

The HM Commercial Ride for Autism kicked off last Saturday. All of the participants met up at Kitsch Wines for a fun day of visiting wineries by bike or tour bus and raising funds to support CAN’s efforts in Kelowna. 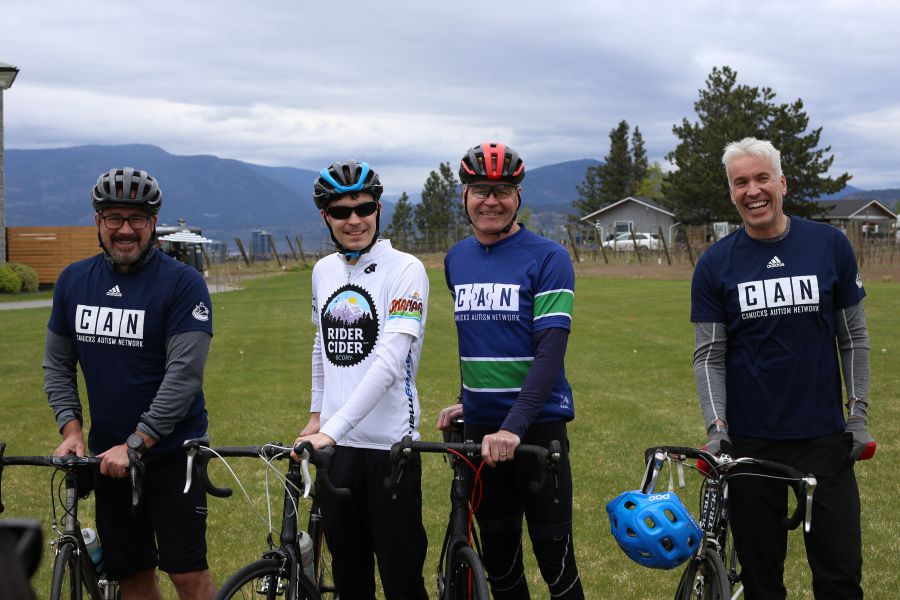 Cyclists had the opportunity to visit eight local wineries, cideries and distilleries while others welcomed a new feature to the event this year and hopped on a Wicked Wine Tours shuttle.

Afterwards, they enjoyed a picnic paired with a live performance from Joshua Smith and a heartfelt speech by Evan Noble, a 24-year-old on the autism spectrum who shared his employment journey thanks to the support of Ready, Willing, & Able (RWA), and CAN. 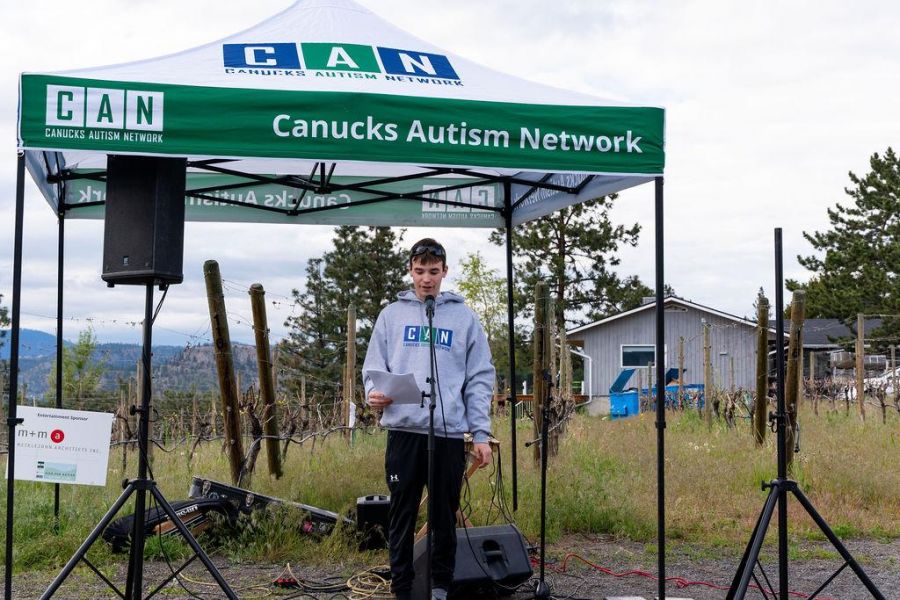 Ready, Willing & Able (RWA) is a national initiative that engages, educates and supports employers to hire people on the autism spectrum or with an intellectual disability. CAN is an RWA partner and co-delivers the program with Inclusion BC in British Columbia.

Through the RWA program, CAN works closely with Autistic job seekers to help them connect with employment resources, and provides support and jobs they are passionate about in work environments they will thrive in, making a lasting impact in the community. 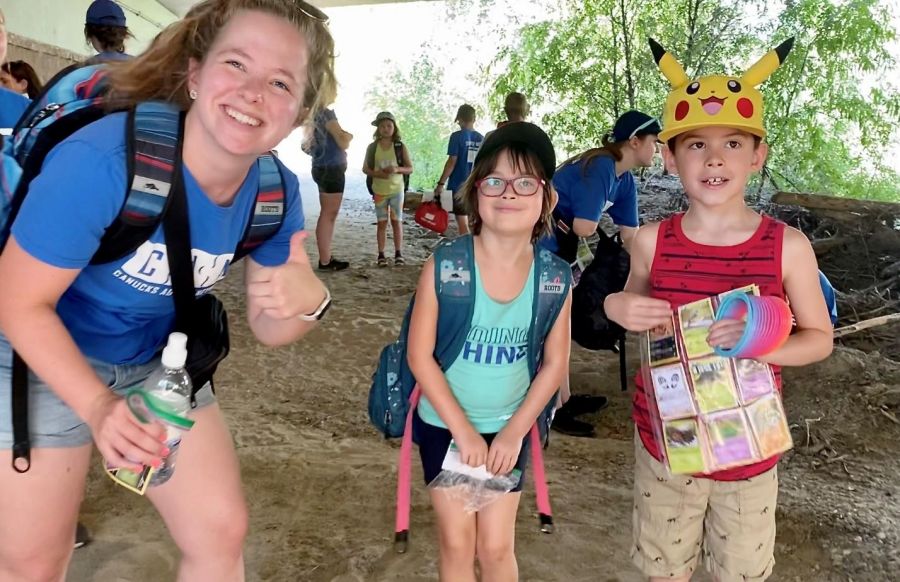 In BC, 1 in 32 children and youth is diagnosed with autism. The HM Commercial Ride for Autism is a crucial annual fundraiser that raises money for CAN efforts in Kelowna. All proceeds raised will support their programs, training, and community engagement initiatives in the community.