Average wage in Canada is $74K, ranks 8th in the world

Canadians make more than Brits, the Irish and the Dutch, but less than the Swiss, Icelandic and Americans.

The survey rankings are based on average annual wage in US dollars because local currencies vary widely. 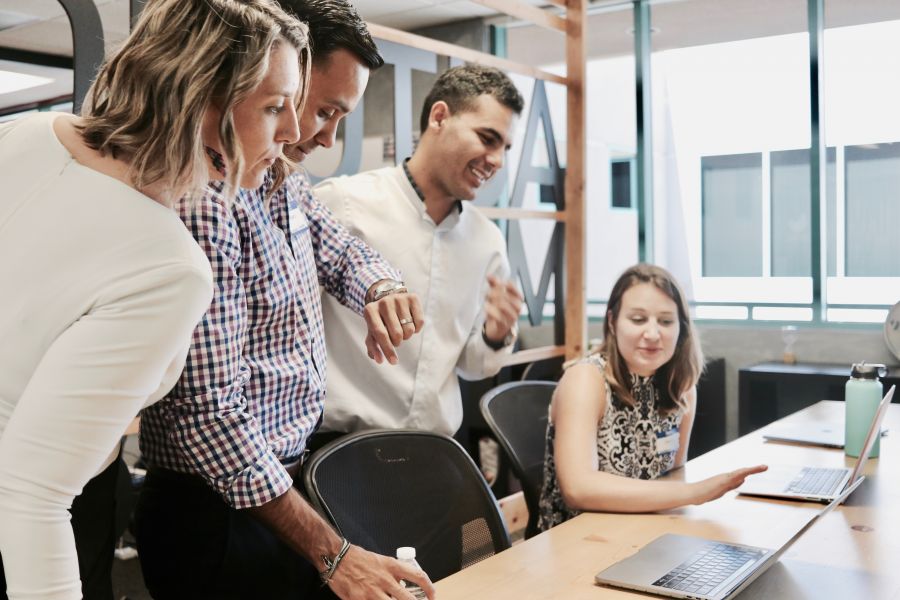 And that's not even the wildest exchange swing.

See how all the math works in the top 10 list below.

It's difficult to make direct comparisons with the Tipalti rankings because they are average, whereas the Kelowna Stats Can numbers are medians.

Medians tend to be less than average because median is a measurement in which an equal number is expected to fall above and below it.

What we can extrapolate from Canada's and Kelowna's average wages is that they are fairly good on a world stage, but not excellent.

Particularly Kelowna's wages are fairly low when you consider the price of housing and the cost of living here.

It's often been pointed out that Kelowna's gloss of wealth is thanks to people that made their piles of money elsewhere and moved here for the desirable lifestyle and-or people who are living off their hefty investments.

Therefore, people who are actually working and paid wages are making less.

The survey pointed out that Switzerland and Iceland ranked No. 1 and 2 as developed, first-world nations that have notoriously high costs of living with wages trying to keep up.

Switzerland also has a lot of high wages associated with it being an international banking and investment hub.

No. 3 US is a reflection that the country has great disparity with the minority rich, offsetting the majority making less.

The Tipalti survey estimates the Canadian average annual wage will go up 26.2% over the next nine years to US$68,356, which is a step in the right direction, but wouldn't keep up with the current rate of inflation of 8% annually. 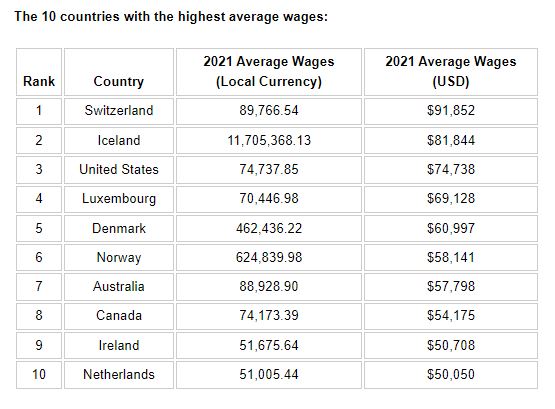