(Update: August 18): The man whose body was found in Okanagan Lake on August 10 died of a heart attack while kayaking, his family has said.

Zygmunt Janiewicz, 71, was reported missing on May 17.

He was found on Friday after his family arranged for an American couple – Gene and Sandy Ralston – to bring their sonar expertise to the Okanagan to help in the search.

Zygmunt was born in Jaroslaw in Poland.

He studied surveying and geology in Krakow before leaving his homeland in 1987 to escape communism. 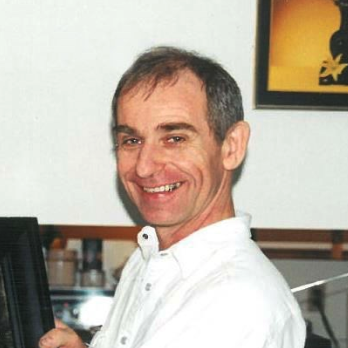 A keen sportsman, he competed at a national level in kayaking while living in Poland and also did well in judo and skiing.

He enjoyed Canada “immensely”, according to an obituary, and worked as a surveyor, stock broker, translator and ski instructor in the country.

Over the last 10 years, he cared for his wife, Maria, who had dementia.

He is survived by his wife and three children.

The obituary concludes: “He never gave up on his wife and stood by her side until the end. Zygmunt will be remembered as a proud man, yet with a big heart. He was always honest, always generous.”

His funeral was today.

(Update: August 17): RCMP and the BC Coroners Service have now positively identified the human remains recovered from the waters of Okanagan Lake on last Saturday.

The deceased has now been positively identified as 71-year-old Zygmunt Janiewicz, who went missing on May 17, 2019 while kayaking on Okanagan Lake. His family has now been notified.

"Police do not believe that criminality was involved in Zygmunt's death," said Cpl. Jesse O’Donaghey of the Kelowna RCMP.

A body has been found in Okanagan Lake.

Mounties said they retrieved the unidentified body at about 9 am this morning.

It was found 500 metres off the shore of Gyro Beach in Kelowna and 50m beneath the surface.

A sonar expert from the US assisted a West Kelowna RCMP boat team in bringing up the body.

Police are now working with the BC Coroners Service to identify the body.

They will then concentrate on finding and informing family.

"We'd like to thank Mr [Gene] Ralston for his invaluable assistance with this challenging recovery," said Cpl Jesse O'Donaghey.

"We'd also like to extend our appreciation to Dockside Marina and Shoreline Pile Driving for their‎ support of our operations on the lake."

Sat
0℃
Make Homepage Advertise with Us

Special weather statement in place in the Okanagan until Sunday