Next week, the City of Kelowna’s council will receive an overview presentation of the provisional 2019 budget, which is now available to view online.

Council will then deliberate budget requests during an all-day meeting on Thursday, although the final budget won’t officially be adopted until the spring. 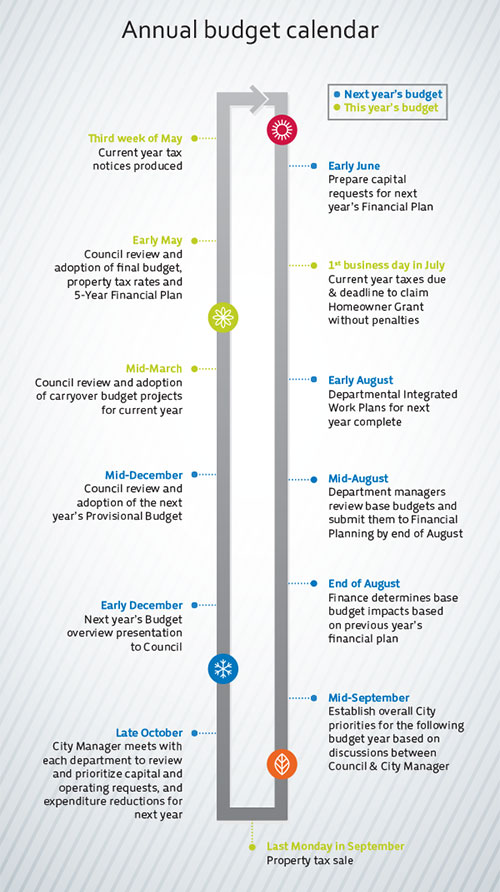 This year, the budget includes a proposed 4.4% tax increase, 2.45% of which is the general municipal tax rate increase, while the other 1.95% is for the introduction of an infrastructure levy.

As part of the budget deliberations, staff will recommend for Council to consider the introduction of a 1.95 per cent infrastructure levy as part of both the 2019 and 2020 budget cycle,” says a release from the City of Kelowna.

“This is one option being proposed to fund a $477-million infrastructure deficit identified in the 10-Year Capital Plan.”

That would mean an $88 increase for the average single-detached home in Kelowna with an assessed value of $682,260.

Highlights of this year’s provisional budget include:

The largest capital expenditure in the provisional 2019 budget is transportation, which demands $28.4 million.

In total, $139.4 million is needed through net taxation to meet the city’s demand.

Taxation, however, only makes up 36% of Kelowna’s revenue sources, as money also comes in from user fees and charges, grants, sponsorship and advertising, reserves and surpluses.

To learn more about the provisional 2019 budget, click this link.