A significant amount of smoke is coming from Guisachan Road and Gordon Road this afternoon.

A witness says that a red SUV is on fire and was giving off lots of sparks. They described the fire as “explosive.” 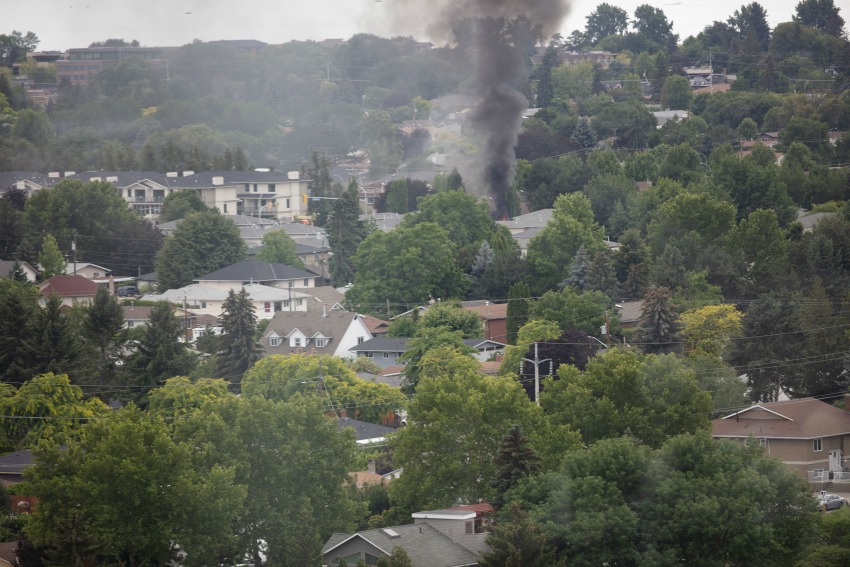 Crews reportedly arrived moments ago and already have the blaze almost under control.

A reporter at the scene said that the driver of the vehicle was unharmed after the incident. 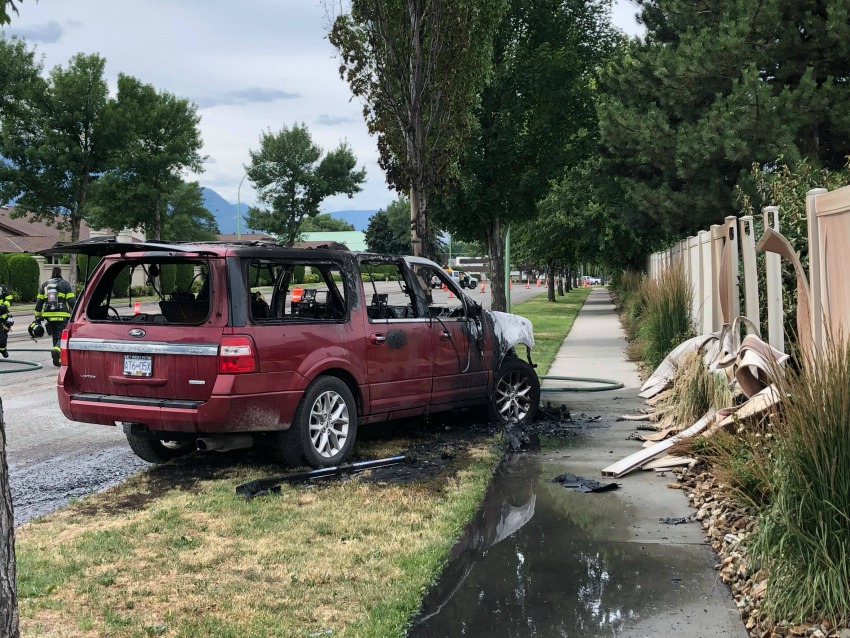 The driver said it was a company car, and they were driving northbound when they noticed smoke coming from the car. They pulled over and got out and the car burst into flames.

Gordon Road is closed, but should be open within an hour. It was previously partially closed for repaving. 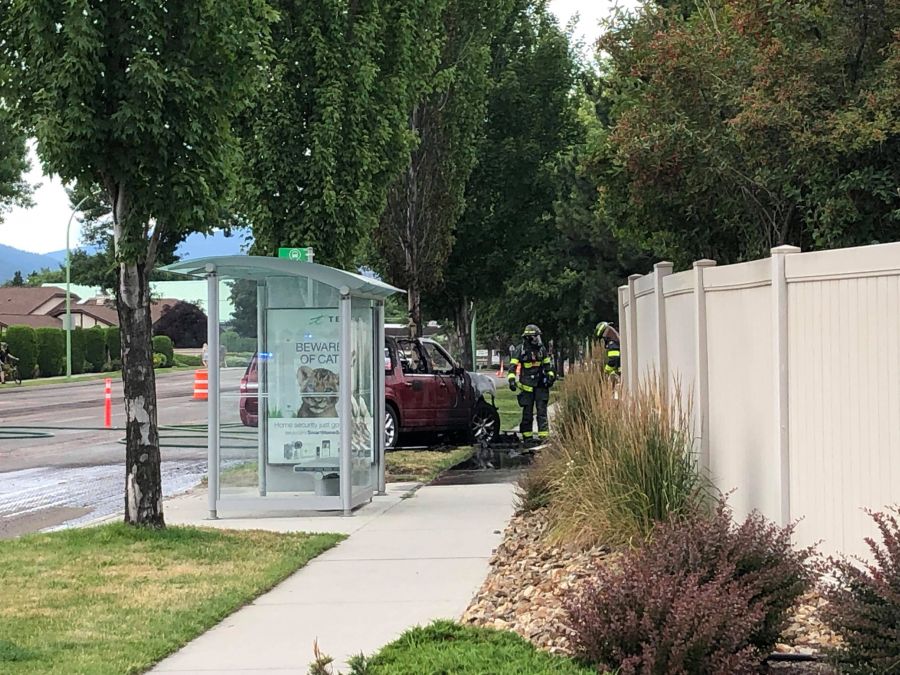