Mayoral candidate Tom Dyas has spoken out about the destruction of campaign signs in the run-up to next month’s municipal elections.

Dyas said he is aware signs are damaged every election, but stressed: “I've never seen so many signs damaged.”

He indeed: “This year appears to be far worse than the previous federal and provincial elections.”

Signs belonging to Kelowna City Council candidates – among them Councillor Mohini Singh and Susan Ames – have also been damaged in recent weeks, photographs provided by the Dyas campaign show. 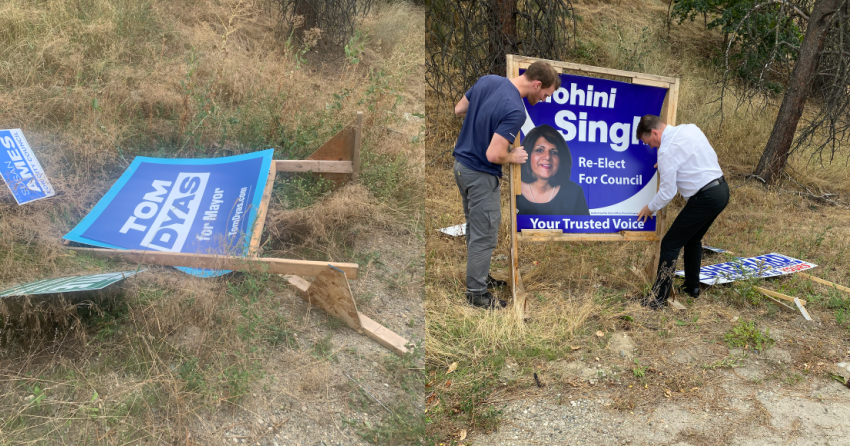 "Our election signs are paid for using donations and put up by volunteers, who are dedicating time out of their busy schedules to put up signs around town to raise awareness for my campaign,” Dyas explained.

He added: "We have also received reports of a vehicle driving around Kelowna with three males inside who are stopping at election signs, putting a yellow intermittent flashing light on top of their vehicle, and then proceeding to damage signs and leaving them on the ground.

“Attempting to resemble our hardworking bylaw officials and damaging signs is illegal."

Municipal elections will be held on Oct. 15.

Adding this practice to your life will attract what you deserve