(UPDATE: April 12 @ 9:15 am) - A small dog that was taken from outside a Kelowna restaurant while her owner picked up takeout food earlier this month has been found.

The RCMP said Shayla, the eight-pound black and grey Havanese, is "safe and sound," but didn't provide any details on when or how the dog was recovered.

Shayla was taken around 7 pm on Saturday, April 3, with witnesses saying a pair of women in a black vehicle had allegedly stopped and stolen the dog as it was tied up outside the restaurant.

(Original story: April 6 @ 11:40 am) - The Kelowna RCMP is hoping the public can help reunite an allegedly stolen dog with its rightful owner.

According to police, a man was picking up his takeout from a restaurant in the 1500 block of Banks Road around 7 pm on Saturday.

While he briefly stepped inside to do so, he tied his small dog up to a tree outside of the business.

However, when he came back outside, the dog was gone.

“Witnesses reported that two, yet to be identified, women in a black passenger car had stopped and allegedly stolen the dog,” explained an RCMP release. 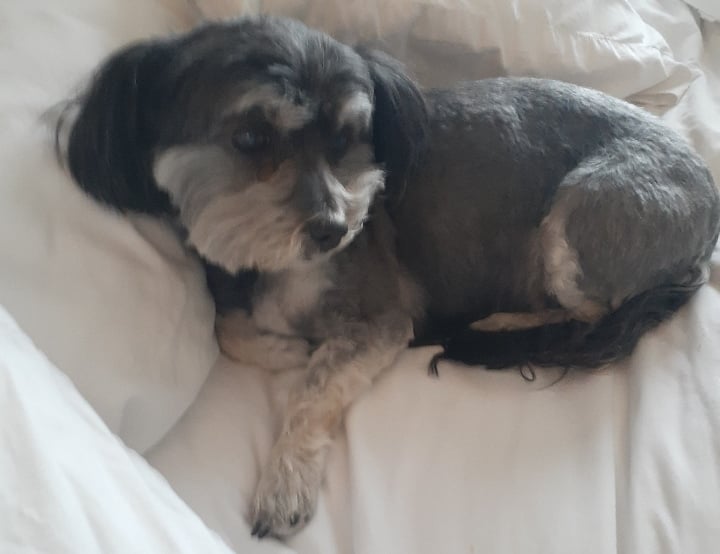 The dog, who answers to the name Shayla, is an eight-pound black and grey Havanese.

Anyone with information that could help bring Shayla home is urged to contact the Kelowna RCMP at 250-762-3300.